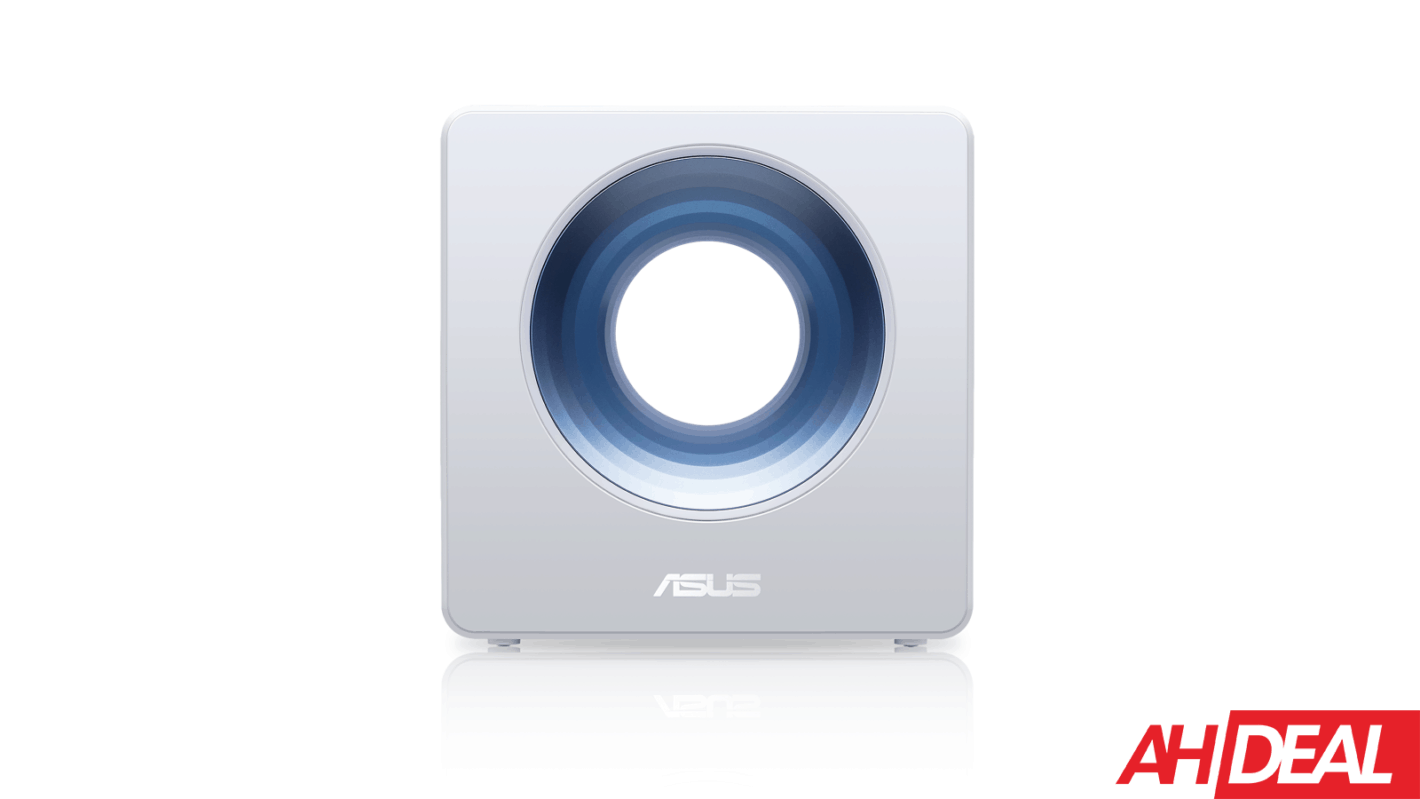 Newegg is currently knocking $20 off of the price of the ASUS Blue Cave AC2600 Wireless Router, bringing it down to just $129. That is when you use the promo code EMCEEPV46 at checkout. That's not a huge discount on this router, but it does bring it down to its all-time lowest price, and since it was just released a few months ago, that's a pretty good price.

The ASUS Blue Cave is a pretty interesting looking router. It's a square with what looks like a hole in the middle that is blue – perhaps where the name "Blue Cave" comes from. It's definitely a more interesting looking router than many of the other gaming routers out there. This is a dual-band router so it will support 2.4GHz and 5GHz networks, allowing you to get pretty fast speeds on both bands here. It has 4×4 MIMO technology here to allow you to get faster speeds, even when the network is pretty congested. This is an aiMesh router, which is going to be good for smart home products. Since those all need to be connected to your network, aiMesh is going to work to facilitate which products need priority over the others. This means that your video doorbell isn't going to be bogging down the network, since it doesn't need that much speed. It'll get less bandwidth and still work perfectly fine. That way your smart TV, laptop or smartphone can have more bandwidth to do stuff like streaming video, faster.

Another feature of the ASUS Blue Cave that is different from the others on the market, is the fact that it has Alexa built-in. So not only is it Alexa compatible, but it is built-in, similar to an Echo. This means that you could have your router in the living room and not need to have another Echo in there to use Alexa, because you can give commands directly to your router, which is a really cool feature to have. Just like Alexa on an Echo or any other device, you can ask your router to turn off the lights, to restart the router, what the weather is, and so much more. That is partly why this router has that interesting design, because it is also a speaker, so that Alexa can respond to you when you give it commands. At $129, this is a really impressive router, and definitely worth picking up.

Newegg does offer free shipping on this product, however its free shipping is somewhat slow. You can upgrade to faster shipping, if you don't want to wait around five business days to get your product, which most people won't want to wait that long anyways. Of course, if you are a Newegg Premiere Member, you do get free unlimited 3-day shipping, which is always nice to have. Though it's not quite as fast as Amazon Prime's free shipping which is two-days, it's still not bad. Newegg does not charge taxes in most States, so you'll need to check to see whether you'll be charged or not.

Buy the ASUS Blue Cave Router (Newegg)
Advertisement
Trusted By Millions
Independent, Expert Android News You Can Trust, Since 2010
Publishing More Android Than Anyone Else
45
Today
45
This Week
46
This Month
4811
This Year
106288
All Time
Advertisement