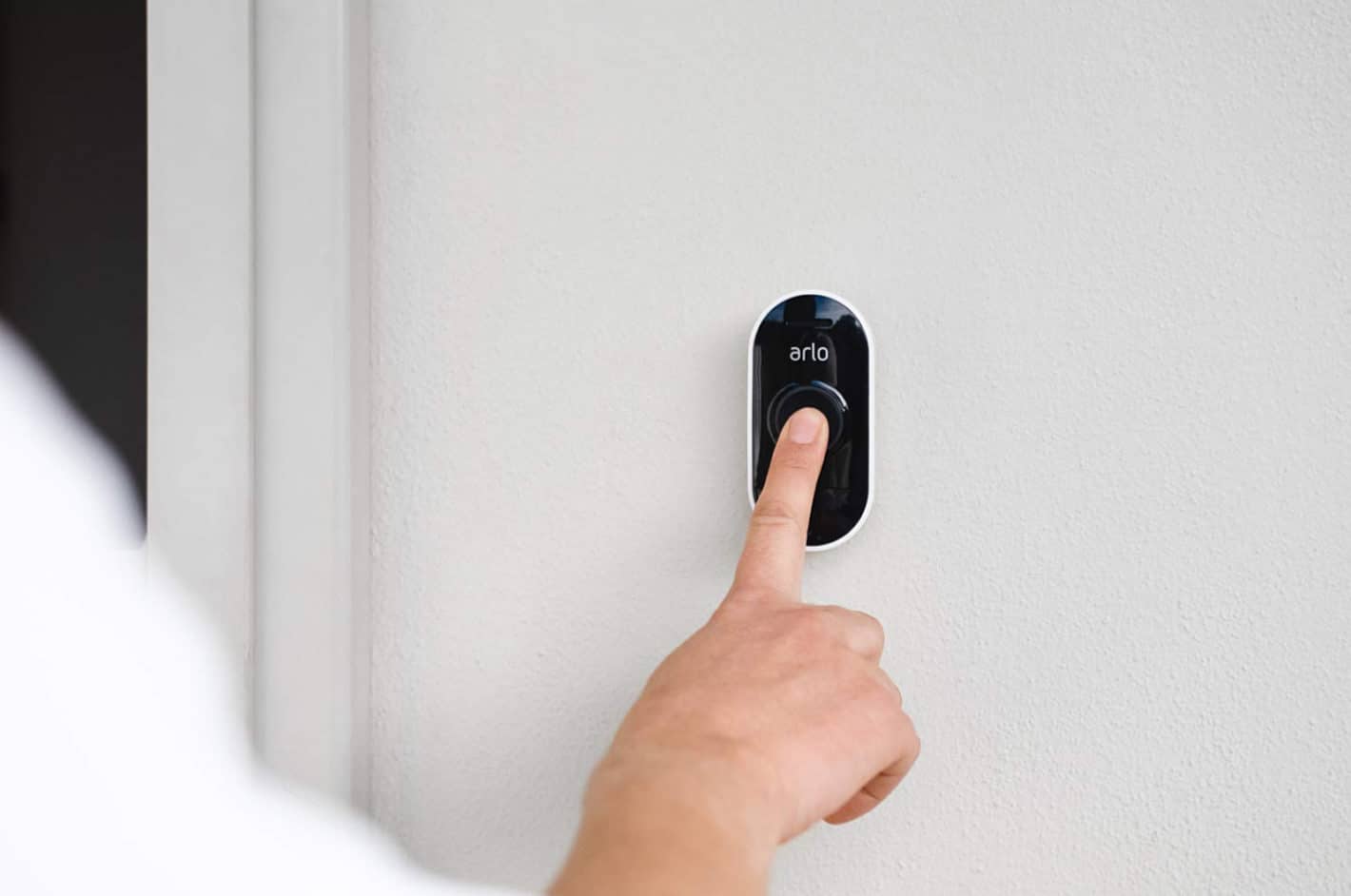 Arlo has announced the pricing for its new Chime and Audio Doorbell, and they are both available now from Amazon. The Arlo Chime will set you back $49, while the Arlo Audio Doorbell will set you back $79. Now the main reason why Arlo's doorbell is much cheaper than others from Nest or Ring is because it is not a video doorbell. Instead it is simply an audio doorbell. So you will get a notification when someone rings the doorbell, and you can talk to them. But you won't be able to see who it is with the Arlo Audio Doorbell alone. If you have an Arlo camera outside, you can see who it is. But that makes the Arlo Audio Doorbell much cheaper and definitely a better option for those that don't want to spend a ton of money on a smart doorbell. It also means that guests don't have to worry about being on camera when they come to your home.

While the Arlo Audio Doorbell is pretty self-explanatory, being a doorbell that you set up outside your home, the Chime is a bit different. It is essentially an extension of the doorbell that you can plug in anywhere in your house. Maybe far away from the front-door so that you can hear it in your home. Without this, the Audio Doorbell will only ring on your smartphone, so if you aren't home and maybe your kids are home, you won't hear that anyone is at the door. So you're going to want to pick up this Chime. Luckily, it is only $49 and super easy to install. The Arlo Audio Doorbell does also work with Alexa, so if you have an Echo in your home, that can also ring when someone rings the doorbell. Now in order to use the Audio Doorbell and/or the Chime, you are going to need to have a base station from Arlo, which is how it will connect with other Arlo products that you might have at home.

Background: Many may think that it is a bit strange that Arlo decided not to include a camera in its first doorbell, but the reasoning makes a lot of sense. Arlo is looking to make its system pretty modular, and somewhat inexpensive. Since you do need a base station already for the Audio Doorbell to work, that means that you likely already have a camera or two or more, from Arlo. So instead of adding another camera to the Audio Doorbell and raising the price, Arlo decided to just add in a microphone and speaker. This way you can get a smart doorbell for much less than the competition – less than half of the price of the Ring Video Doorbell. And with Arlo, you can mount cameras on your porch (like on the ceiling or elsewhere that might not be noticeable), so you can get different angles. Since Arlo's cameras are all wire-free (except for a couple like the Arlo Q), it means that you can put them anywhere, and the battery does last around six months, so that's not an issue either.

Arlo used to be NETGEAR's smart home brand, and well it actually still is. But NETGEAR has decided to spin Arlo out as its own company, and it is now listed on the New York Stock Exchange. This is because Arlo has been doing so well with its cameras, and allowing that division to run by itself, means that NETGEAR can focus on other things like its routers that it is pretty well-known for. NETGEAR does still own a pretty substantial stake in Arlo, so even with spinning it out, it does still own Arlo. Which is a good thing for NETGEAR. But that is why it is no longer "Arlo by NETGEAR" like it had been for the past few years.

Impact: Arlo is definitely taking a chance here with the Audio Doorbell, since it is an audio doorbell and not a video doorbell. But Arlo is hoping that it will sell a ton because it is much cheaper than other smart doorbells out there and it does still sport support for Amazon Alexa, which is a necessity in 2018 with smart home products. At $79.99, the Arlo Audio Doorbell is a really good pickup for a lot of people looking to replace their doorbell. Now you are going to need existing wiring for the Audio Doorbell here, but other than that, it is a pretty simple doorbell to install in your home. Arlo does do a pretty good job at telling you everything you need to know about installing this doorbell, so that you won't have to worry about messing it up at all. The Chime is also pretty easy to install, basically plug it in and then the app will walk you through pairing it with the base station at your home.

Keep in mind that you do need a base station in order to use the Arlo Audio Doorbell and Arlo Chime. So if you already own an Arlo camera or two, then you are all set. But if you don't, you are going to need to pick up an Arlo camera. Now you can pick up the Base Station by itself, but you might as well get a camera or two or more, with the base station and keep your home nice and safe. And even put one outside, angled at the front-door so you can see who's there. The Base Station will set you back about $79, but with Black Friday deals about to launch, it might be smarter to wait and pick up a few Arlo cameras and the Base Station later on this month, when they will be massively discounted. Who knows, you might be able to get a few cameras at a discounted price. The Arlo Audio Doorbell and Chime are available to purchase now from Amazon for $79 and $49 respectively, very good pricing on these, and they may not drop for Black Friday since they just launched this week.