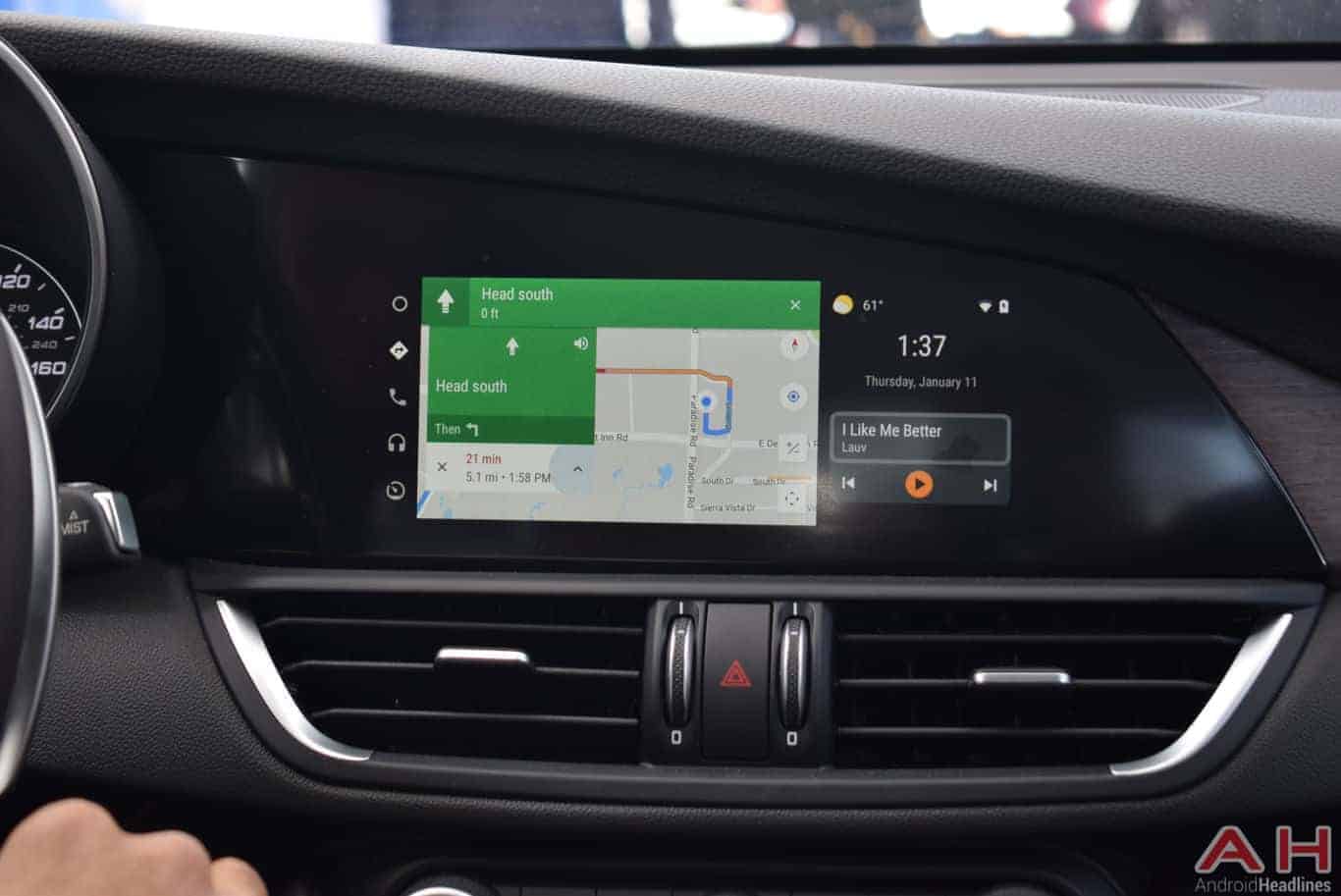 Google announced a few new changes to Android Auto today, in regards to the media and messaging functionality within Android Auto. You’ve always been able to stream music, podcasts and audiobooks in the car, with different apps like Google Play Music, Pocket Casts or Audible, but now you can do it even easier. Google is bringing content to the forefront of your Android Auto screen, so that you can spend less time looking for content to listen to – and spend more time focusing on the road. Google is doing this by making album art bigger. Not only does it look nicer, but it means larger touch targets, making it easier to touch each one while you are driving. It has also improved the overall layout, making it easier to navigate through your favorite apps. On top of that, Google has also made improvements to voice search (which is done via the Google Assistant now). Now you can say something like “OK Google play Eminem” and Google will give you a categorized search result on the screen in your vehicle, so you can find something you want to listen too.

The other area where Android Auto is getting some updates today is in the messaging section. It has added support for MMS, RC and group messaging. Which is nice to see, and it is something that developers will need to build into their apps. It appears that Hangouts and WhatsApp are already set up to support MMS, RCS and group messaging on Android Auto which is also nice. But the big change here is the message previews in Android Auto. These will only appear when the car is stopped, and that’s because Google wants you focusing on the road, of course. The preview is only about the first 10 or so words of the message. So it’s not a long preview, but gives you the gist of the message. And most importantly, it should be fast to read. This is something you will need to enable in the settings though. It will appear on the home screen and via pop-up on other screens (like navigation, phone and media). It’s not a pop-up that covers your display, instead it’s a banner that slides down from the top, similar to what Android Auto has already been doing. But now it is a bit more limited – to only when the car is not moving. 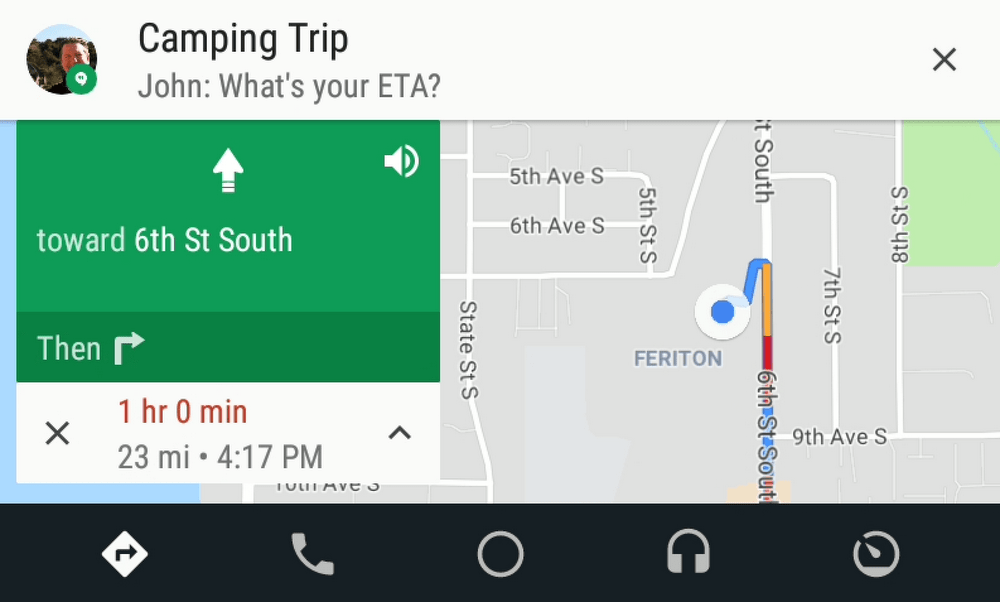 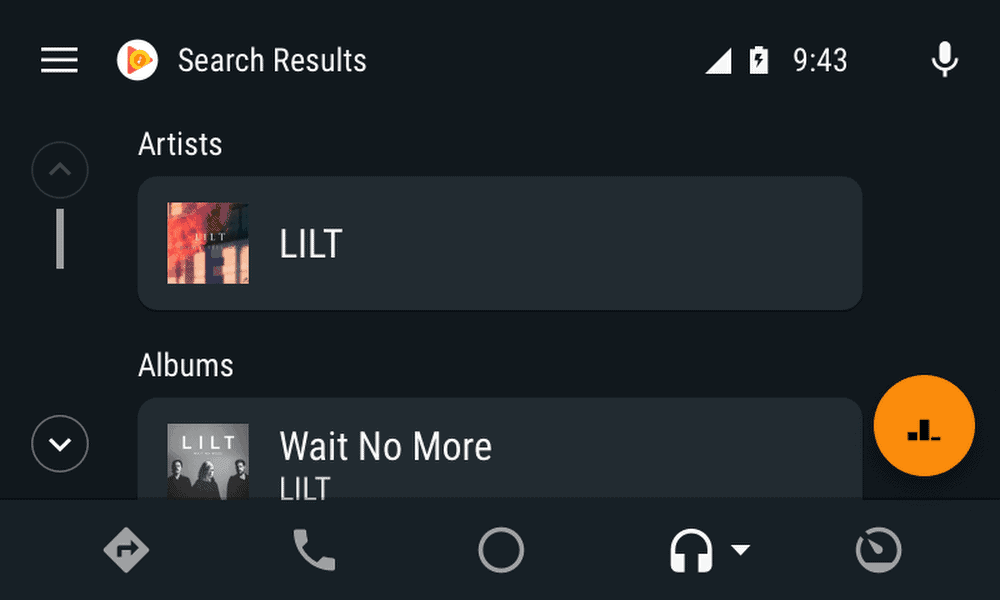 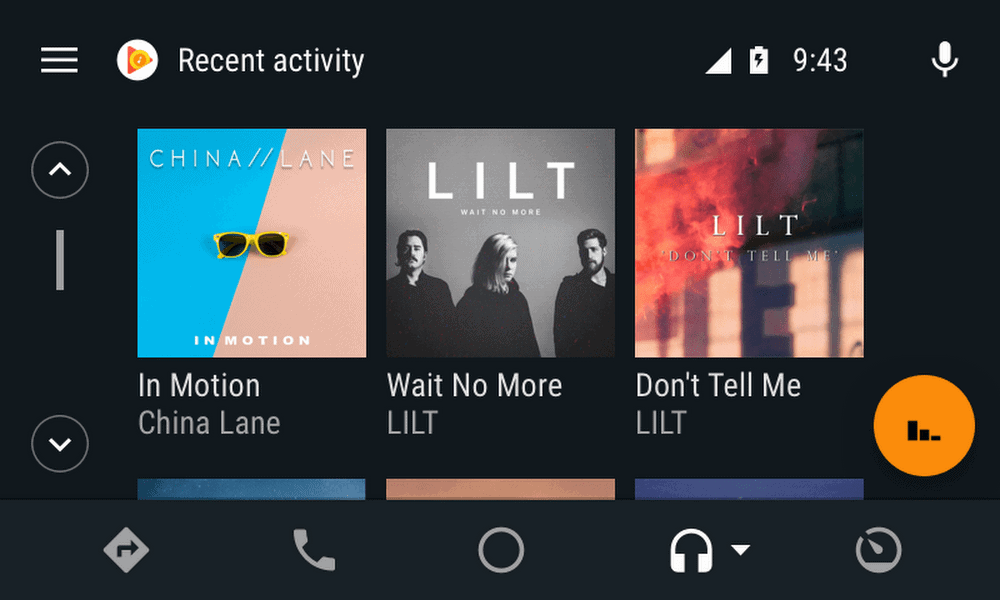 Background: Android Auto doesn’t get updates all that often, and part of that is because there isn’t a whole lot to add to the experience. People always want Google to add things like Netflix and Google Play Movies & TV, however that will never get added to Android Auto, for one big reason. Google wants you to be paying attention to the road, and not to a video playing on the screen in your vehicle. Of course, that makes plenty of sense. Google does not want to be responsible for you getting into a crash (nor does it want you getting into a crash in the first place), because you were watching Stranger Things on Netflix instead of watching the road. So you’re never going to see any apps coming to Android Auto that can play videos on that screen. That’s going to annoy some people, but it’s for a good reason. There are already a ton of great apps available for Android Auto, like Spotify, Waze, Audible, Pocket Casts, Google Podcasts and much more, so you’re going to have plenty to listen to while you are driving.

Google debuted Android Auto a few years ago now, and has slowly been making changes to the experience. The changes today are mostly in an effort to make it easier to hit these touch targets while you are driving. With the album art being larger now, it makes it easier to touch them instead of having a list without any album art at all, which were smaller touch targets. Meaning that you need to take your eyes off of the road a bit longer. But it also looks much nicer than just a few text options there. There’s usually a six or seven inch display in these cars, or even larger, so you might as well take advantage of the full display. The changes to text messages coming in is also a big deal. It keeps you from being distracted unless you’re at a stop light, or parked somewhere. But perhaps the bigger deal here is RCS support, it’s good to see Google bringing RCS everywhere, now that it seems to have gotten most carriers included with this new messaging protocol.

Impact: These changes to Android Auto really only affect Android Auto on head units and not the version that runs on your phone when it is docked in your vehicle. That is because the head unit usually has a much larger display – even though phones are getting there. But that also shows the fragmentation that exists even in Android Auto, unfortunately. Android Auto is a version of Android that runs in your vehicle, but only when your phone is plugged in (or connected, if you have a Wireless Android Auto head unit in your vehicle). It is projecting your phone onto that display, think of plugging your laptop into a monitor, it’s a very similar connection. However, everything goes through a wrapper that Google has, so that everything has the same layout, relatively. That’s why Spotify, Audible, and Pocket Casts all look mostly the same, but have different colors – that fit their brands. It’s a much better alternative to what car makers include on their head units these days, with vastly outdated navigation, and a system that is super difficult to navigate through. Most newer cars do support Android Auto these days, which is definitely good to see. But many third-party head units are also dropping in price, coming down to around $300 or so, for something that does just Android Auto and Apple CarPlay, which is pretty impressive. Of course, it’ll cost a bit more to actually get it installed.