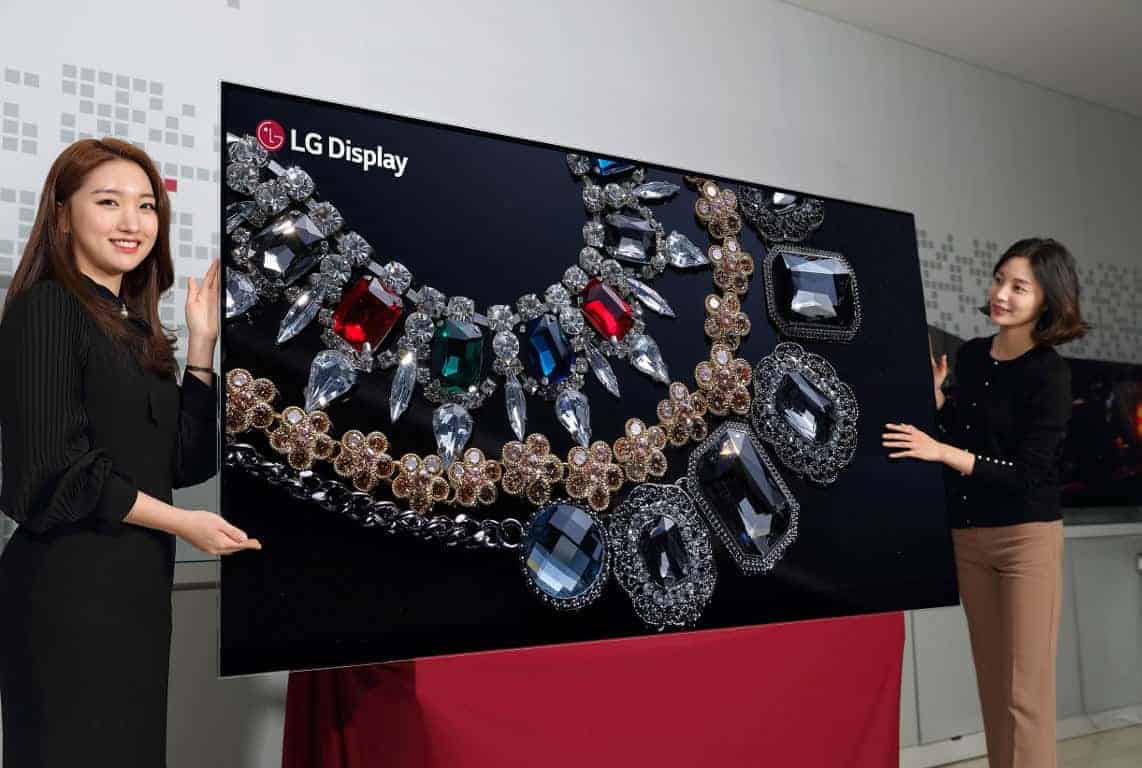 LG Display will begin to mass produce OLED televisions at 8K resolution starting in May 2019 alongside plans to launch the products to market as early as June. That’s according to recently reported statements made by the company’s CEO, Sang-Beom Han, during a recent trade show in Seoul. The Korean company also plans to begin producing and then commercializing an LCD-based version of the panels soon after in a bid to help drive the technology into the mainstream consumer end of the market.

Background: Prior to those statements, LG had presented an 8K format Television at this year’s IFA Berlin event back in August. The executive here did not specify whether or not its newly revealed plans will center specifically around that television but that doesn’t seem unreasonable since the initial panels will utilize the same OLED display technology as that other set. The device shown at IFA measured at a massive 88-inches diagonally and had a display ratio of 16:9. True to its designation as an 8K television, the resolution was set at 7,680 x 4,320 pixels for a total of over 33 million pixels. No timeline was provided at that event with regard to a timeframe within which the televisions would begin shipping. Meanwhile, LG is not the first manufacturer to produce and begin detailing 8K televisions either. Samsung revealed its own 8K QLED televisions, to be sold under the Q900R model designation, at the same event as well as plans to begin shipping those beginning sometime this fall. LG’s rival isn’t taking things to quite the same scale with its panels, settling for screens ranging from 65-inches to 85-inches.

However, Samsung’s televisions will feature HDR 10+ technology for a much wider dynamic range, a peak brightness of 4,000 nits, and a solution to the nearly complete lack of readily available 8K content. That last feature is enabled by an AI-driven enhancement algorithm Samsung refers to and will debut as “Quantum Processor 8K.” In effect, the technology scales up content from much lower resolutions using a machine learning algorithm to 8K while simultaneously optimizing color tones, brightness zones, and more on a frame-by-frame basis. LG may, in fact, launch a similar technology alongside its finalized televisions, with the executive noting that even 4K content isn’t widespread and that upscaling can act as kind of stop-gap in the meantime. If that turns out to be the case, it isn’t unlikely that it will bear some variation of the ThinQ AI-related branding used with LG’s other electronics and smartphones.

Impact: Rather than waiting for an established consumer-side market for the technology, LG’s goal this time around appears to be to take Samsung on head-on. Looking past the fact that LG actually managed to show off its television at least a day ahead of its rival, it also seems to recognize that the technology itself is not going to be inexpensive. While Samsung is approaching things with an almost singular focus on its own OLED-based QLED panels, LG Display’s LCD panels will almost certainly be substantially lower in cost and more accessible as a result. At the same time, the company seems to be hinting at considerations it is making to offset the barren landscape of 8K-ready media and may take a similar approach to solve that as its rival. Taken in combination, that should place LG in a good position to hold its own and possibly take the lead on 8K as the market starts to expand.