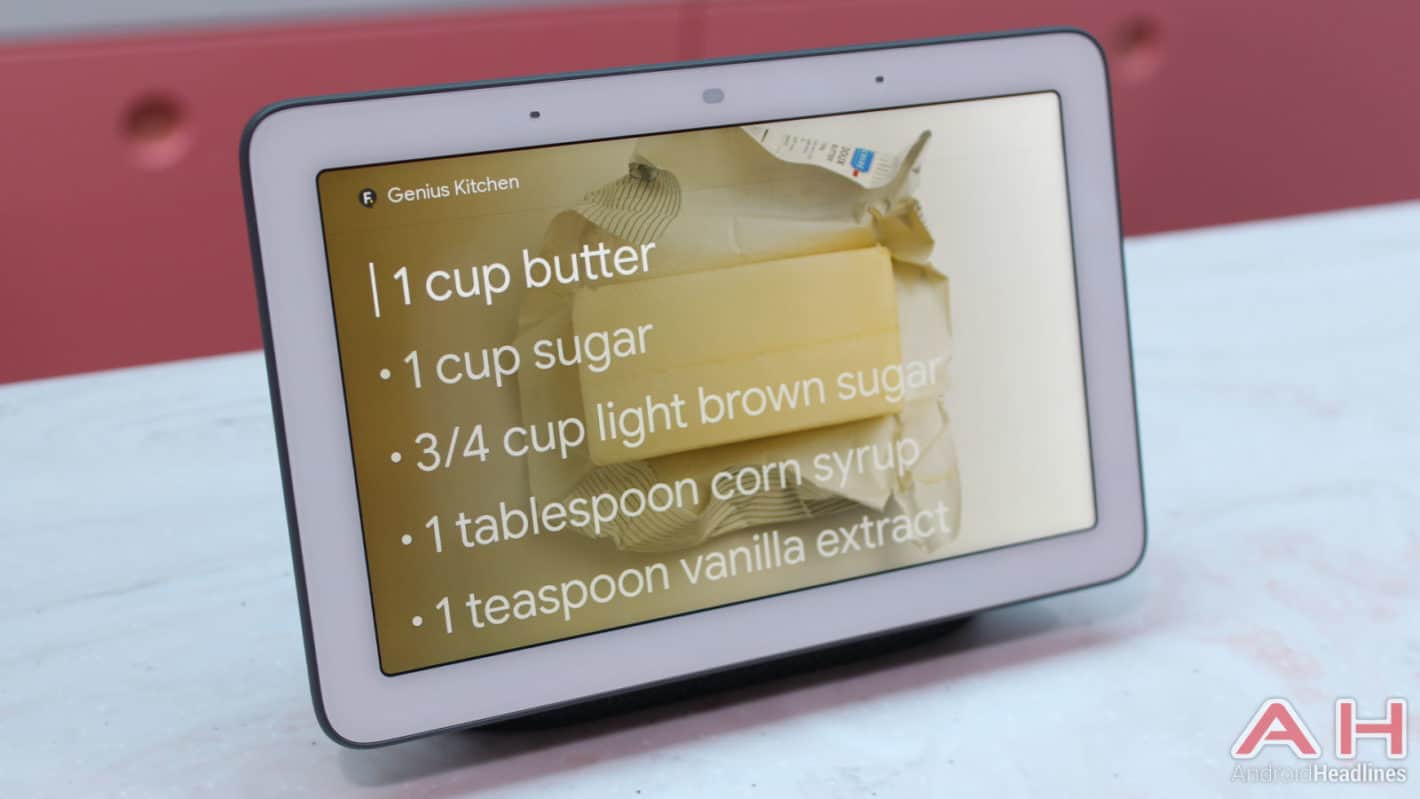 The Google Home Hub is a big deal in the fact that it’s the first smart display to come from the company. But that’s about as far as the big deal part goes. This is not a massively premium product and in many ways is barely a decent product. Even its main selling point, the price, is symptomatic of the overall quality you should expect. And so for those who are in the market for a display-equipped device for the home, you should probably look elsewhere. Here’s the issue. The Home Hub is not a revolutionary product, nor does it offer anything you cannot find on a competing product. It is, quite simply, an entry-level device. While there’s nothing wrong with entry-level products in general, and while they do fill a much needed space for those looking to buy on a budget, the Home Hub is not that different in price to other smart display options. Basically, it's only entry-level in terms of what you get.

One of the main issues Google faces with its smart display category is getting people to adopt the platform. This is a new platform in general and one where consumers will have to be lured to a purchase. Google will look to achieve this, like it has with mobile Android, Android TV, Android Auto and Wear OS, by relying on third-parties. All the brands and big-name makers who have their own dedicated buyers will pump out their own smart displays which specifically cater to the quirks and needs of their customers. It’s those companies that will make, or fail to make, the smart display category a success for Google. We are already starting to see this with Lenovo, JBL, and soon – LG. Which means Google finds itself in the precarious position of not outputting a device which supersedes those options in any meaningful way. At least not yet, or before the platform has reached a level of adoption to where it’s viable. For example, while Pixel phones are in effect competitors to other Android phones, mobile Android is far from being in the same delicate state that smart displays are currently in, and therefore Google can compete with other smartphone makers without it negatively affecting its relationship with them too much. In contrast, to help ensure third-party smart display products remain viable and category-leading, Google has seemingly put out a sub-par product in comparison. If you doubt this is one of the motivational factors behind the design of the Home Hub, you only have to ask yourself why Google agreed to third-party manufacturers like Lenovo and JBL not only announcing their solutions before Google’s, but releasing them to market before Google has even gotten around to announcing the Home Hub?

Why does Google care whether the platform succeeds or not?

If you’re unsure of why Google would take a backseat approach to smart displays the answer boils down to the importance of Google Assistant, along with the forward march of Amazon and Alexa. Smart displays are effectively Google Assistant displays, and Assistant is Google's main arrow going forward as the company clearly believes voice control is the future. Therefore, ensuring your digital assistant is the go-to assistant in that future, is everything. While at the moment this a local issue which manifests at the product level, that will change over time as smart communities, towns, cities, and even smart countries become a thing. By then, being the go-to solution will matter immensely. And while Google’s Assistant is already being force-fed to consumers through mobile Android, Android TV, Android Auto, the key here is to ensure every product category packs the same technology, the same experience, the same exposure, and the same imprint on the consumer psyche. To be clear, this is not just a Google take-over-the-world ambition, but one for many other companies as well. Although in spite of varied competition, it has become increasingly clear Google's biggest challenger in the US is Amazon – who in reality is light-years ahead of Google right now when it comes to the home. Just last month the online retailer made a wealth of announcements tied to its Alexa ecosystem which saw Alexa compatibility stretch even further, and in new directions, including microwaves and wall clocks. That’s the level of assistant integration we are now talking about. And unfortunately for Google, Amazon was first in the smart display department as well.

Speaking of the battle between Amazon and Google, many will view the Home Hub as a competitor to Amazon Echo Show, since they are both smart displays. But that’s where the similarities end. As even before Google released its first smart display, Amazon had already moved on and announced its second-generation model. One that’s bigger, better, louder, and more refined in every respect. So while the Home Hub might look more like the 2018 version (as the 2017 Echo Show was pretty ugly), the reality is it’s not anywhere near the level of the 2018 version. The original Echo Show came packed with a 7-inch display while the newer model features a massive 10.1-inch display. Which evidently means Amazon’s research has told the company its customers want a bigger display than 7-inches – the exact size the Google Home Hub hopes consumers will now buy. Likewise the form has been refined to be more appealing than before so even on looks Google is only equal-to, if not behind. Although it does have a good color choice available.

Yes, the Home Hub looks better than the original Echo Show but when compared to the 2018 Echo Show, its design fails are evident. Its base, which is non-detachable is to obvious and this detracts away from the product’s visual appeal. Amazon went through a similar design process with its original model by looking to ensure the speakers were large and powerful enough, and this compromised on the product overall – much the same as Google has done with the Home Hub as the base is the way it is to account for the speakers. This is equally a problem with Lenovo and JBL's options too, which generally highlights the issue with buying first-generation products. With Amazon already at the second-generation level, it has managed to actually increase the quality of its audio on the 2018 Echo Show while at the same time refining the design so the smart display looks more like a tablet – instead of a screen with a massive speaker attached. In other words, it looks more like a compete package. To make matters worse, the Home Hub doesn't even feature a camera and so you can’t make video calls with it. While this aspect might actually appeal to those who are more privacy-concerned, it’s technically one of the main selling points of a smart display. For example, Facebook has just announced a smart display which basically only lets you make video calls. This is also exactly why you will find a camera on the Echo Show, as well as on Google’s partner devices. So while on paper Home Hub is designed to be a competitor to Echo Show, it’s not. It’s not even a competitor to other Google Assistant and Android Things-powered smart displays. It just has a better color choice and that should not be reason alone to consider buying.

In reality, it’s probably best to not think of the Google Home Hub as a real consumer product, but more of a reference design for others to use, take on, and improve. As it's arguably, more suited to developers as a no-thrills solution to use when developing for this new and emerging product category. After all, reference designs are nothing new to Google and the company does typically offer a reference product in most of its product categories. The difference here though is unlike most other consumer-facing product lines where Google offers its own hardware solution, there is no real difference in the software experience encountered by users. This is not like mobile Android where a third-party company takes Google’s stripped-back ‘stock’ version of Android and then skins it with its own design, features and perks. Instead, this is a one-size-fits-all interface which is identical regardless of which option you choose from. To put it another way, Google does not only update its Home Hub, but it updates all smart displays. So there is no distinct software advantage to having a smart display by Google, unlike the Pixel Phone or the ADT-2. In many ways, the platform is more similar to Wear OS, formerly Android Wear, as the same lack of software deviation exists there too. Which, on a side note, is also likely why in spite of customer interest Google has yet to actually intro its own smartwatch – it does not want to step on ‘partner’ toes before the category proves itself to be self-sufficient. Yes, Google did announce a couple of new features today, Home View and Ambient EQ, but the former is likely to appear on other smart displays in due course, and while the latter sounds good (automatically adjusting to the light in the room) it's not exactly a wow feature, or again one that makes the Home Hub an instant buy.

The point here is not to put any particular buyer off buying Google’s Home Hub. If you’re in the market for a smart display, prefer Google’s way of doing things, and do not want to spend too much on the technology just yet, then Home Hub is for you. After all, it does only cost $20 more than the standard Google Home and by all measurements is a far superior product. However, unlike the two new Pixel 3 phones that were announced today, or the Pixel Slate, the Home Hub is not an impressive product, it’s not the best in class, and anyone seriously wanting to get the best out of the smart display category would do well to opt for something else. That doesn’t necessarily mean converting to Amazon and Alexa’s way of doing things if you don’t want to, as Lenovo and JBL smart displays are also massively superior products with the cheapest option coming in at just $50 more than Google's Home Hub. That's a small increase in price for a larger display and video calls, as well as all the features and benefits you would get with the Home Hub.