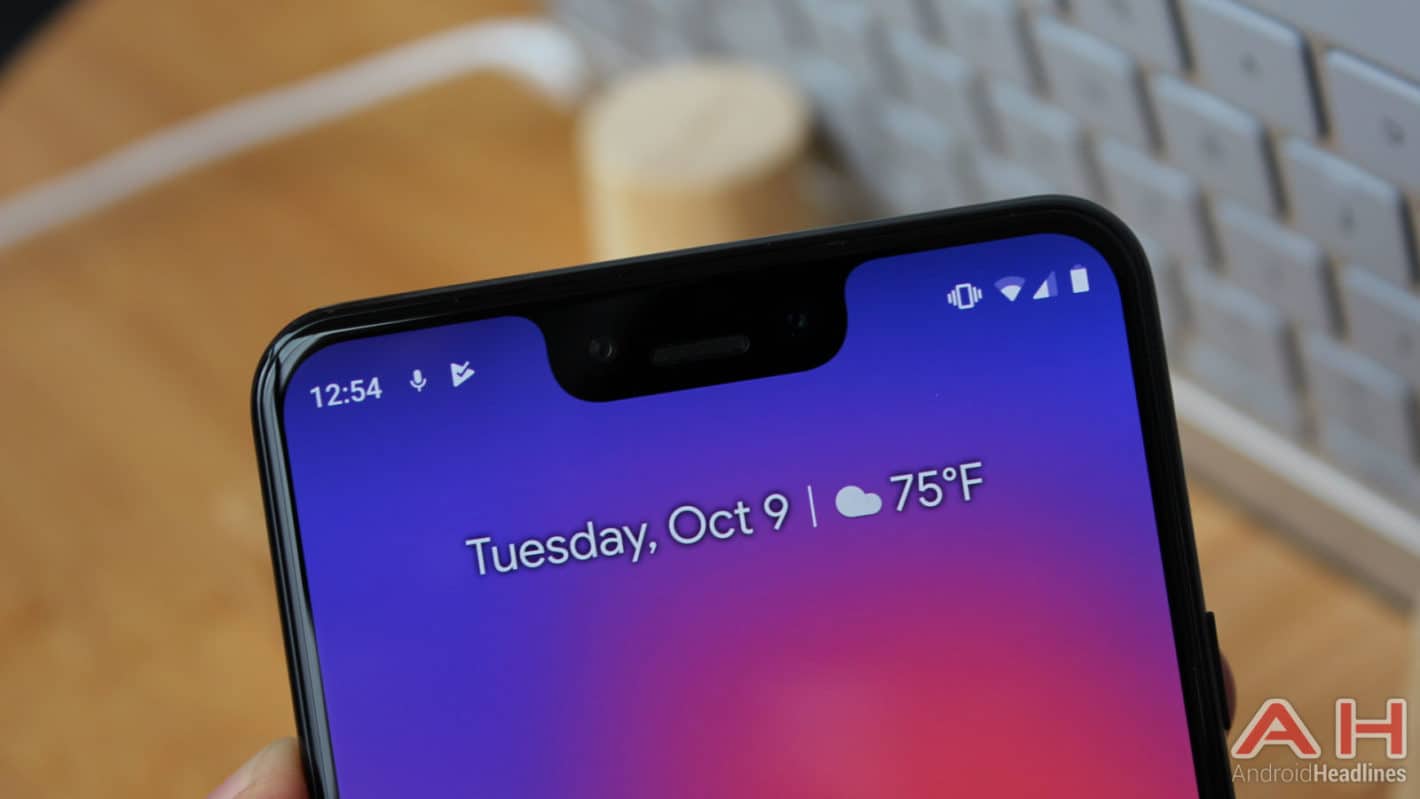 In Short: If you really can’t stand notches, and are planning to purchase the Google Pixel 3 XL, well, there’s a way to hide the notch, even though the solution is not exactly obvious. If you’d like to hide the Pixel 3 XL’s notch, you’ll need to head over to Developer Settings, and we’ll guide you through the procedure. If your developer settings are not enabled (and they’re not by default), you’ll need to head over to ‘System’, then hit ‘About phone’, and scroll down until you see your ‘Build number’. Once you’re there, tap the build number field seven times, until you see the ‘you are now a developer’ text pop up. Once that is done, return to the Settings page, and ‘notch’ in the search bar at the top. Once the ‘Display cutout’ result pops up, tap it, and you’ll be thrown in developer settings. There, you’ll be able to see the ‘Hide’ option for the phone’s notch, and that’s it, the sides of the notch will get masked by black bars, like on every other phone that allows such a feature.

Background: Google had introduced the Pixel 3 and Pixel 3 XL smartphones a couple of days ago, and while the smaller Pixel 3 handset does not sport a display notch, the larger one surely does, and it’s huge. This is quite probably the tallest notch we’ve seen thus far, and if you don’t like notches, chances are you will hate this one, as it sticks out more than regular notches. That is actually why the hide option is important, as it will make the top of the phone look completely different, like you have a regular bezel up top. The Google Pixel 3 XL is fueled by the Snapdragon 845 64-bit octa-core SoC, while it comes with a 6.3-inch QHD+ P-OLED display, compared to a fullHD+ display on the smaller Pixel 3. The device is made mostly out of metal, but a glass panel is included on the back of the phone, along with Pixel branding. The Pixel 3 XL ships with Android 9 Pie, and aside from having a larger display and a notch, compared to the Pixel 3, it also comes with a larger battery, of course. Other than those differences, these two phones are the same on the inside, while their back sides also look the same.

Impact: Truth be said, this is not the most obvious solution for hiding the notch, but it’s not that complicated either, you can do all that via your phone, and you do not need to use ADB in order to do it, or anything of the sort. Do keep in mind that not all apps may play nice with this, as this option is in developer settings, it may not be fully stable. It doesn’t cost you anything to try it out though, and see for yourself, as this could be a solution for those of you who are irritated by that huge notch on the device.