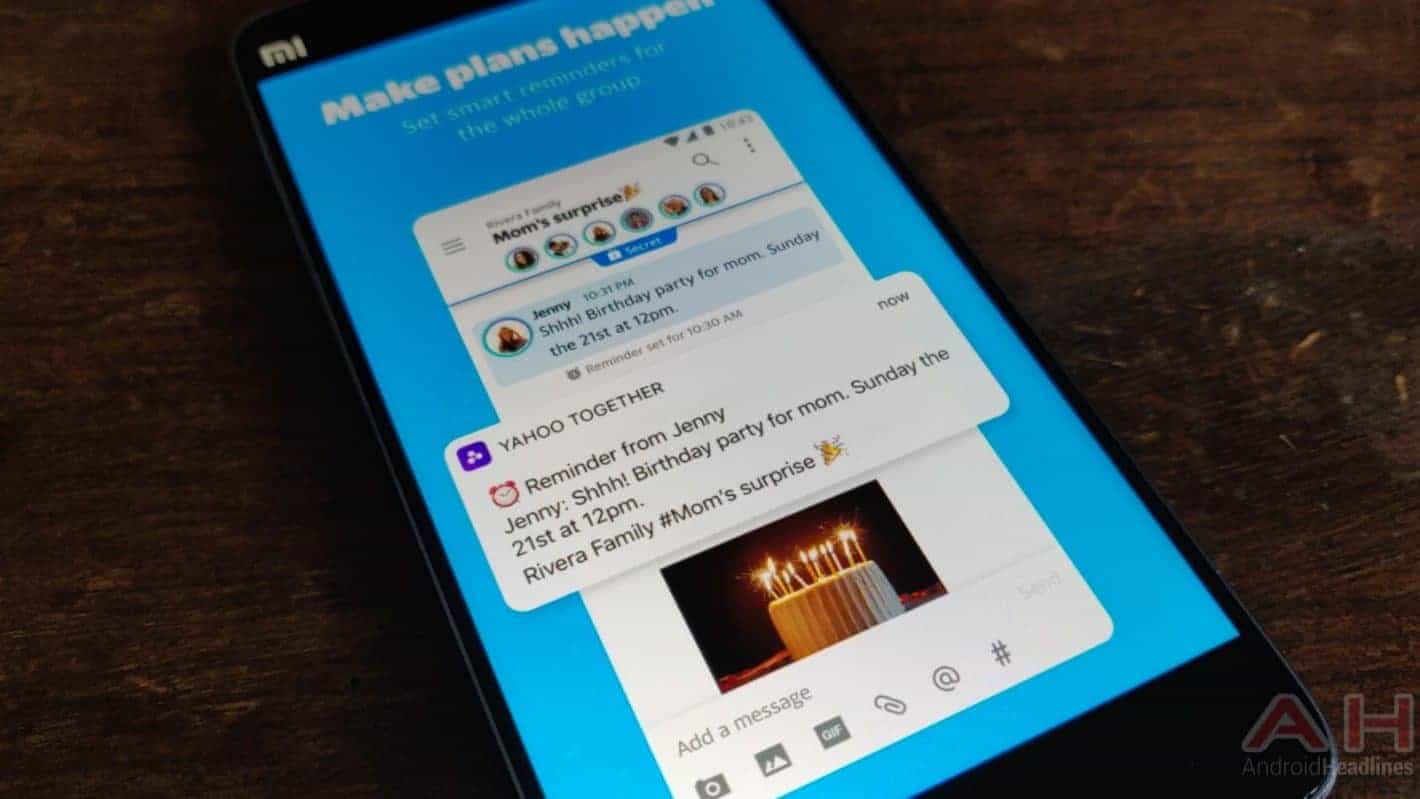 In Short: Yahoo Together is a new app from Yahoo, as its name states, and this app was actually tested under the name 'Squirrel' for quite some time now. In any case, this app is now available on both Android and iOS platforms, and it's basically supposed to be a competitor to Slack, in a way. Yahoo Together actually looks quite similar to Slack as well, some may say even too similar. This app's goal is basically to keep a group of people organized, as they can set goals, tasks, exchange messages, attach files to specific tasks, and much more. You can create private conversations in this app, while you can also mute specific conversations, send 'blasts' when people need to see important messages, while Yahoo Together also has the 'Activity View' feature, which will keep you in the loop as to what's going on. Yahoo Together requires you to use a Yahoo account, so if you don't have one, you'll be required to create it.

Background: Yahoo Squirrel had been in testing for a long time before Yahoo finally decided to release the app under the Yahoo Together name. This application doesn't really have the best ratings in the Play Store at the moment, after 208 reviews, while many people compare it to Slack and Discord. The app weighs 18MB, and it actually looks really nice in terms of its UI, while the functionality also seems to be there. The app is currently in version 1.5, and you can download it as long as you are using Android 5.1+.

Impact: Yahoo Together seems to be a rather capable app, but so are Discord and Slack, so the question is, why would people use Yahoo Together, a brand new app, that does the exact same thing those other two apps do? Well, that's something you have to answer for yourself, as people still seem to hold a grudge against Yahoo due to its past security issues, but we'll see how Yahoo Together will fare in time, this is still a new app, so it's too early to tell.