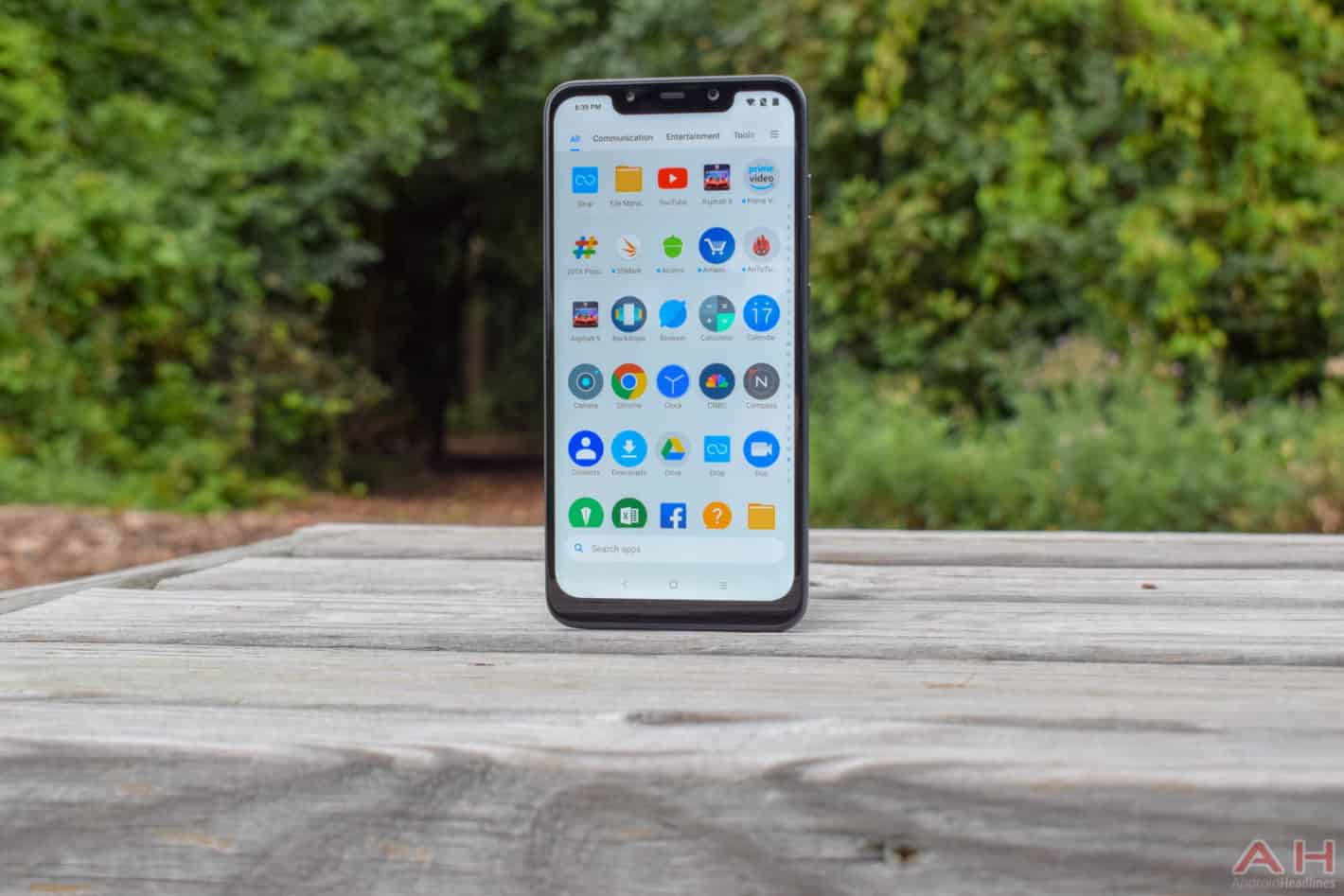 In short: B&H Photo is currently doing pre-orders for the Xiaomi Poco F1. The phone is not being sold in the US officially, and that means that this is technically being done via a third-party. That also means no warranty and no 4G LTE support here in the US. So keep both of those in mind before you decide to buy the Poco F1. B&H Photo is only offering the 6/64GB and the 6/128GB models here, so the high-end 8/256GB and the kevlar-backed version are not available here. The prices for these are $369 and $399 respectively, which are still really great prices for the Poco F1, which became so popular because of its low price tag.

The Poco F1 sports a 6.18-inch 2246×1080 resolution IPS display. That means that it is full HD+ resolution, which will help the 4000mAh capacity battery last even longer on a single charge. Inside, you'll find the Snapdragon 845 chipset, with either 6GB or 8GB of RAM and 64GB, 128GB or 256GB of storage. And if that is not enough space for you, there is also a micro SD card slot available for expanding storage even further. On the backside, you'll find a 12-megapixel and a 5-megapixel sensor, so you are able to get some really good shots on the Poco F1. On the front, in the notch, you will find a 20-megapixel camera and there is also an infrared sensor which is used for facial recognition. Like the iPhone, Xiaomi is using infrared here, which not only is more secure, but it also makes it usable in the dark.

In our review of the Poco F1, we called it "the best value Android smartphone available" and about a month later, that still rings true. The Poco F1 is running high-end specs, but at a low-end price. And what might be surprising to many, is the fact that the Poco F1 is not skimping on software either. It's the same MIUI software that you will find on any other Xiaomi smartphone, but there is a Poco launcher included here, which will bring in an app drawer, icon pack support and more. And with that 4000mAh capacity battery inside, it's going to last all day and then some.

Background: Xiaomi has gained a lot of attention over the years, for its smartphones that are inexpensive but don't feel or look cheap. Part of that is because it is a Chinese smartphone maker, so the entire process of designing and building the phone is done in China – which is cheaper. But Xiaomi is also selling its hardware almost at cost. In fact, Xiaomi's CEO and co-founder, Lei Jun stated earlier this year that Xiaomi promises not to make more than five-percent profit on every smartphone it sells. Which in the smartphone world, is a very tiny slivery of profit. Considering Apple and Samsung's profit margin on their flagships are over 50-percent, with Apple's being close to 70-percent on the new iPhone XS. Xiaomi makes the majority of its money on its software services, like Mi Cloud, and other hardware. Xiaomi does sell a number of other products from smart home appliances, to TV's, to smart luggage and basically anything else you can think of.

The Poco F1 or Pocophone F1 as it is called in India, was made by Xiaomi as a way to target the West with a flagship smartphone that didn't cost flagship money. With Samsung, Apple and even LG getting closer to that $1,000 mark – and Apple passing it – Xiaomi is looking to do the opposite. And that's what it did with Poco. Instead of creating a smartphone that looks and feels like a piece of jewelry, it has a plastic back and frame. Sure that might make it feel and look cheap (and in all honesty, it does), but Xiaomi's focus here was on performance, speed and battery life. These are all areas that their customers told them were important to them. Which are all areas that the Poco F1 excels in, especially in battery life. We have not seen a smartphone beat the Poco F1 in terms of battery life, yet this year, even with the Galaxy Note 9 boasting the same capacity.

Impact: The Poco F1 is a really good phone to pick up. B&H Photo is offering it in Graphite Black and Steel Blue, with either 6GB of RAM and 64GB of storage for $369, or 6GB of RAM and 128GB of storage for $399. These prices are a bit higher than what it was converted from Indian Rupees, when the device was announced in August. Though, that is not a surprise, since there are import and customs fees here. But even at under $400, this is a really good option for those that want a great smartphone that won't cost a lot.

However, the main caveat for the Poco F1, in the US at least, is carrier support. The Poco F1 is not a global smartphone from Xiaomi. So it does not support 4G LTE in the US on AT&T or T-Mobile. For T-Mobile it will support 2G and one of its 3G bands, while AT&T it will only support its 3G bands. That is a big deal, considering you won't be able to use your carrier's fastest network, instead something that caps out at about 10Mbps if you're lucky. That's definitely something you are going to want to pay attention to if you are looking to pick up the Poco F1. Another thing you'll want to pay attention to is the fact that there is no warranty. That means if something were to go wrong with your Poco F1, then you would be stuck with getting it fixed yourself. This is unfortunate, but one has to remember that this phone was not made to be sold in the US, and Xiaomi doesn't operate in the US. So like most other Chinese smartphones that do eventually surface in the US, the Poco F1 is a pretty tricky buy, since it doesn't fully support US carriers and there's no warranty. But if you do want to purchase the Xiaomi Poco F1, you can pre-order it from B&H Photo using the link below.

Advertisement
Pre-Order Xiaomi Poco F1 (B&H Photo)
Advertisement
Trusted By Millions
Independent, Expert Android News You Can Trust, Since 2010
Publishing More Android Than Anyone Else
25
Today
144
This Week
399
This Month
5143
This Year
106618
All Time
Advertisement