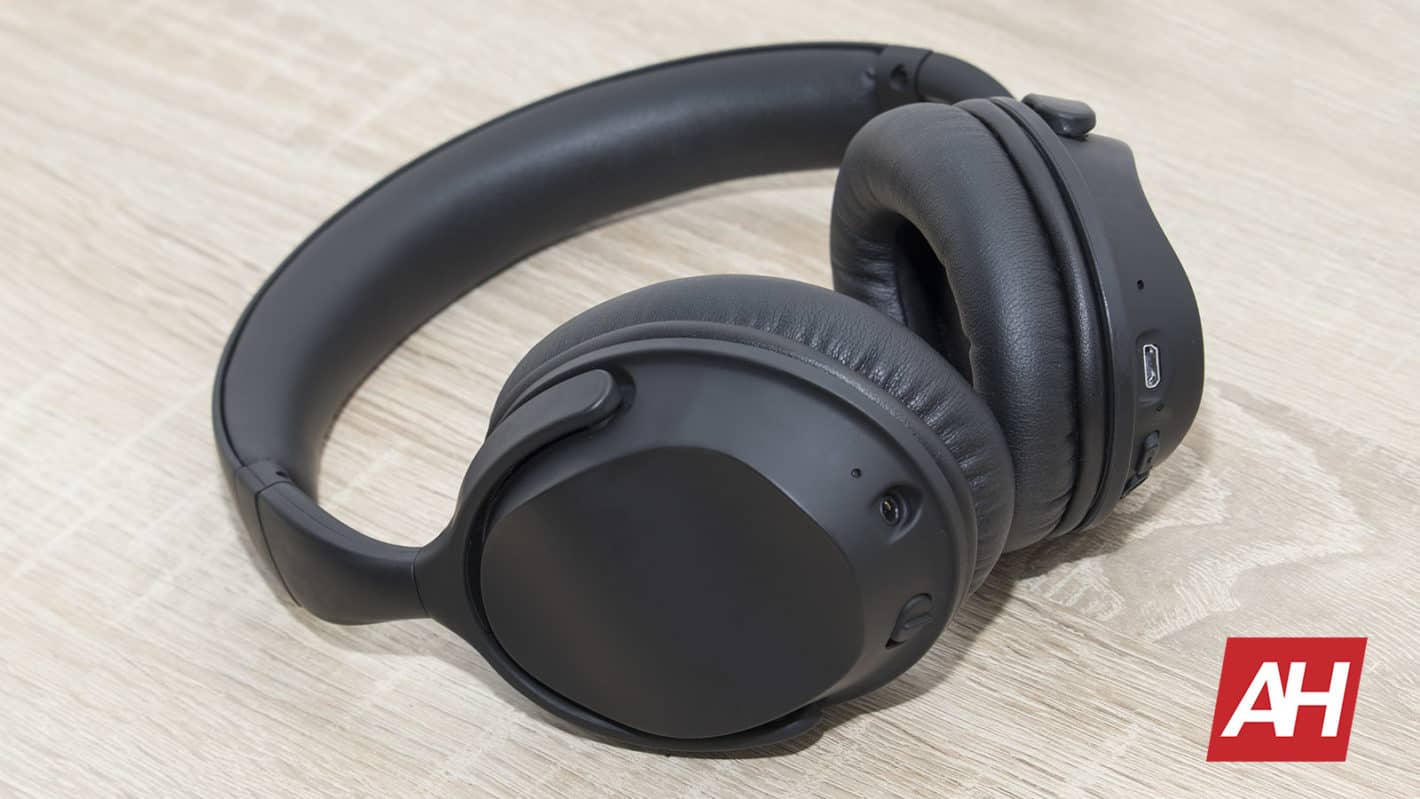 The Wicked Audio HUM 1000 headphones are the ultimate sub-$100 option for truly wireless over-ear audio and are particularly immersive when it comes to bass performance.

Wicked Audio has been around since the mid-90s and while it dealt in a wide variety of products over its existence, its main game always revolved around value. That's also the case with the HUM 1000, the company's latest pair of headphones that offer a truly wireless experience on a budget. Regularly priced at $99.99, the HUM 1000 can currently be picked up for as little as $75 from Amazon, which is a rather aggressive price for a pair of over-ear headphones with Bluetooth capabilities. However, that affordability factor is only here to sweeten the deal as the overall package is a highly compelling offering, so let's break down why that is:

The HUM 1000 is an excellent entry point into the world of truly wireless audio, featuring a 40mm Neodymium driver with a sensitivity of 103dB and supporting frequencies between 20 and 20,000Hz. Active Noise Cancelling is on offer as well, together with Bluetooth 4.0, a decent integrated microphone, and physical controls for volume and connectivity on the left earcup. Besides the headphones themselves, the package also contains a four-feet aux cord, instruction booklet, travel case, and a micro-USB-to-USB charging cord.

The inclusion of the travel case is a particularly nice touch as such accessories aren't often bundled with wireless audio solutions, especially in this entry-level price bracket. The case itself is sturdy, shouldn't be bothered by water (unless you submerge it), and even comes with a handle for extra portability. The presence of an aux cord is also commendable as many consumers buying sub-$100 headphones likely won't have a lot of such cords lying around and connecting the HUM 100 to a smartphone or other audio source via a 3.5mm headphone jack will both save battery life and improve sound quality in scenarios wherein you don't insist on wireless audio.

The HUM 1000 are completely collapsible, with the earcups being capable of rotating 90 degrees outwards so that the headphones fit inside their case or be more comfortable to carry on one's neck. The rubberized finish makes the gadget feel slightly more expensive than it is, though the overall build is still plastic. The cushions are thick and comfortable, just don't expect any memory-foam luxury here. The headphones can extend by about an inch and a half and should hence be a comfortable fit for virtually any head.

The actual aesthetics of the HUM 1000 are nothing to write home about, which is to be expected from entry-level headphones – their design is clean but largely mundane, with the only exception being the asymmetrical rear plates of the earcups which look rather intriguing and make the gadget instantly recognizable in spite of its entirely black finish. One concern raised by an all-plastic build is that scratching is a realistic possibility; while the frame of the HUM 1000 is sturdy and these headphones look more than capable of functioning for many a year, expect wear and tear on their exterior to be rather visible. All things considered, the HUM 1000 have been designed as a textbook example of function over form, which allowed Wicked Audio to pack as much value into the headphones as possible. The tradeoff is that this gadget doesn't look like it packs a punch but that won't be a concern as soon as you place it on your ears.

The HUM 1000 excels where it matters the most – sound quality. That's particularly true for the low-frequency performance of these headphones as they offer perhaps the best bass quality I've ever heard from any product priced at under $100. If a significant portion of your music library contains bass-dropping songs, the HUM 1000 present an inexpensive solution for enjoying the thereof. The gadget also does a decent job at handling high and mid-range frequencies, though the latter can sound a bit flat when listening to single-instrument arrangements (e.g. almost anything from Tommy Emmanuel). Regardless, the overall experience is excellent and you'd have to pay a lot more to get a significant performance improvement over the HUM 1000 – the cheapest product that's an obvious upgrade over this gadget is the Focal Listen Wireless Chic, a pair of Bluetooth headphones retailing at $300. Active Noise Cancelling also deserves a mention as Wicked Audio's implementation of the said tech is excellent and undoubtedly surpasses every other pair of headphones from the company. Regardless of your everyday surroundings, the HUM 1000 will allow you to immerse yourself in music with no issues.

The exact battery capacity of the HUM 1000 hasn't been disclosed by Wicked Audio, though the manufacturer cites up to 13.5 hours of performance on a single charge with ANC disabled, or up to eight hours of ANC playback. After spending over three weeks with the headphones, I can vouch for the former figure, though I've only managed to hit eight hours of ANC time once and usually had the headphones die on me after about seven hours. Still, given how recharging them takes just under two hours, you should have no issues with using these on a daily basis without worrying about battery life, i.e. only charging them at night.

The fact that the HUM 1000 are restricted to Bluetooth 4.0 is not ideal but this tech can still offer an effective range of some 30 feet and the gadget easily connects to anything in a matter of seconds. Naturally, a dead battery can't stop you from enjoying audio via an aux cord which is also a superior option to wireless quality-wise, though the difference between cord-connected and cordless experience isn't as significant as it is on some premium headphones.

All things considered, Wicked Audio achieved an amazing feat with the HUM 1000, having delivered a solid pair of over-ear headphones that offer both excellent audio quality and consistent battery performance, come in a comprehensive package that has everything you need to use and carry them, and don't require you to break the bank. If you're in the market for your first pair of Bluetooth headphones or want something superior to generic wireless earbuds, the HUM 1000 is certainly worth a look, especially given how you can currently pick it up for just $75 on Amazon. While these headphones certainly aren't the best-performing product in the industry, you'd have to pay at least double to get your hands on something that sounds remotely better, whereas many of its rivals hovering around the $150 price point prioritize form over function, thus being a worse deal for everyone but consumers who think of headphones as more of a fashion accessory than a tool.

Buy Wicked Audio HUM 1000 Wireless Headphones
Advertisement
Trusted By Millions
Independent, Expert Android News You Can Trust, Since 2010
Publishing More Android Than Anyone Else
52
Today
149
This Week
150
This Month
4915
This Year
106391
All Time
Advertisement