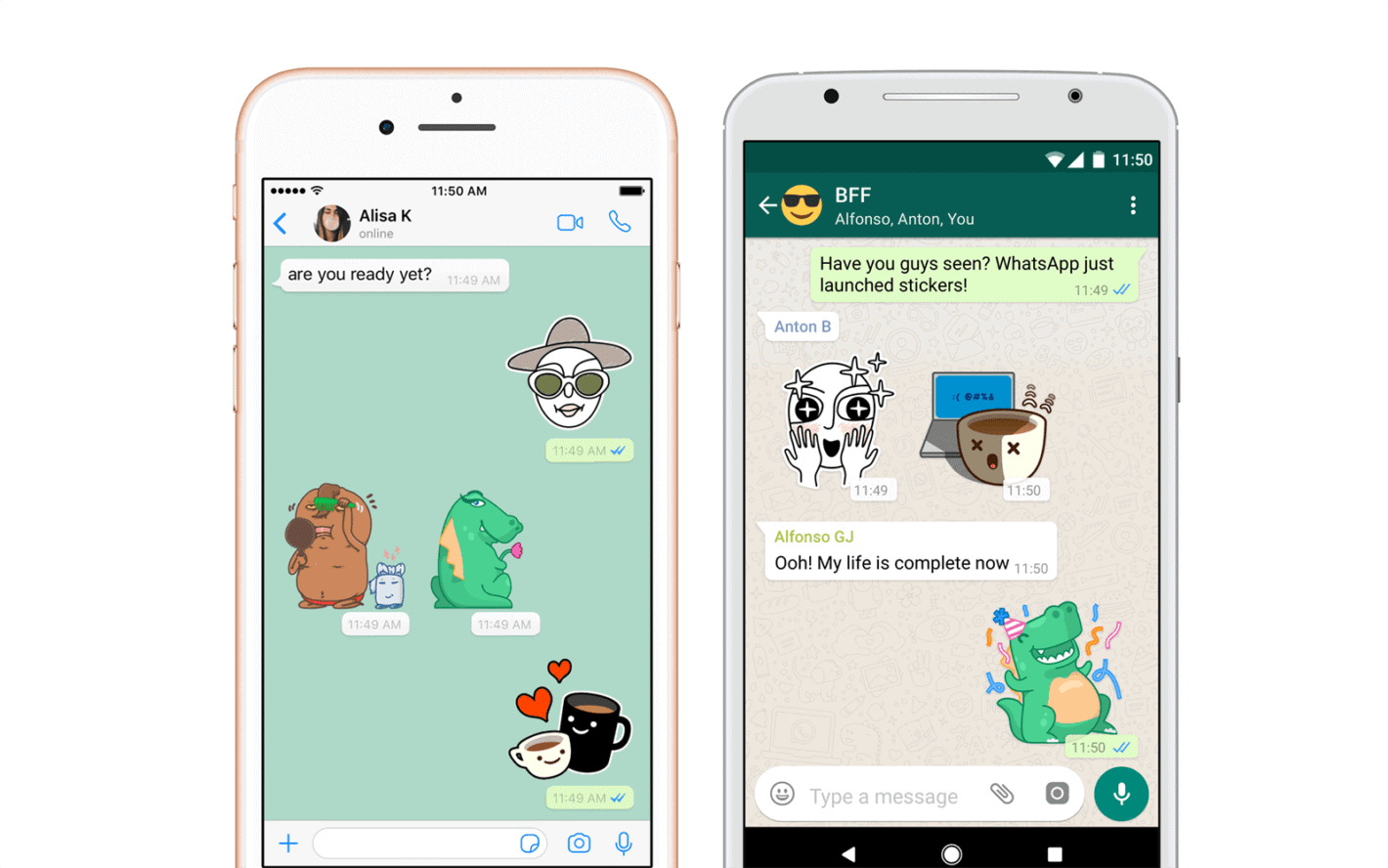 WhatsApp for Android now support stickers, the company has announced, while you can now also swipe on a specific message in order to reply to it. Stickers are basically an integral part of every popular messaging platform for Android, and WhatsApp has just joined that list. The company says that WhatsApp users can now use stickers packs created by the company's designers, while third-party sticker support is also enabled, thanks to new APIs, which means that other designers can submit their creations as well. WhatsApp says that developers can now publish their sticker apps like any other app to the Play Store, and once users install that app from the Play Store, they will be able to start using those stickers in WhatsApp. Those of you who are interested in creating stickers for WhatsApp can find more info regarding how to do that in the company's official blog post. In order for users to use stickers, they'll need to tap the new sticker button, and simply select the sticker that they want, while adding new stickers will go through the '+' button. WhatsApp also mentioned that this feature will be rolling out to both Android and iOS over the coming weeks, so do keep in mind that it may not be available to you straight away.

On top of making stickers available to Android users, WhatsApp silently rolled out yet another interesting feature that you may find useful, as you can now swipe on messages in order to respond to them. So, up until now, if you wanted to respond to a specific message (think of it as replying to messages on Reddit or YouTube), you needed to long-press on that message, and hit reply. Well, now you can simply swipe from left-to-right on a specific message, and you will be prompted to respond to it. This feature has been available in the beta version of WhatsApp for quite some time now, and it has now made its way to the stable channel. It is also worth noting that this feature is not exactly brand new, as it has been available for WhatsApp iOS users for quite some time now.

Background: WhatsApp has been available on Android for a long, long time now, and it is one of the most popular chatting apps on the platform. The app has been downloaded over one billion times, which is not a number many apps have managed to get to. On top of that, this app has over 73 million reviews in the Play Store, and it currently holds a 4.4-star rating. The app had received a ton of updates over the years, and it is currently owned by Facebook, as the company paid a ton of money to get it a couple of years ago.

Impact: Stickers are quite popular in other messaging applications, such as Viber and Facebook Messenger, so it's not exactly surprising that WhatsApp decided to offer its own take on stickers. Stickers are not only used by younger users of messaging apps, but by all generations at this point, basically. It remains to be seen if WhatsApp users will use stickers as much as the company is expecting them to, though. The swipe-to-reply feature is more convenient than long-pressing on a specific message, and some of you may find it quite useful when you're in group chats and want to respond to someone in specific.