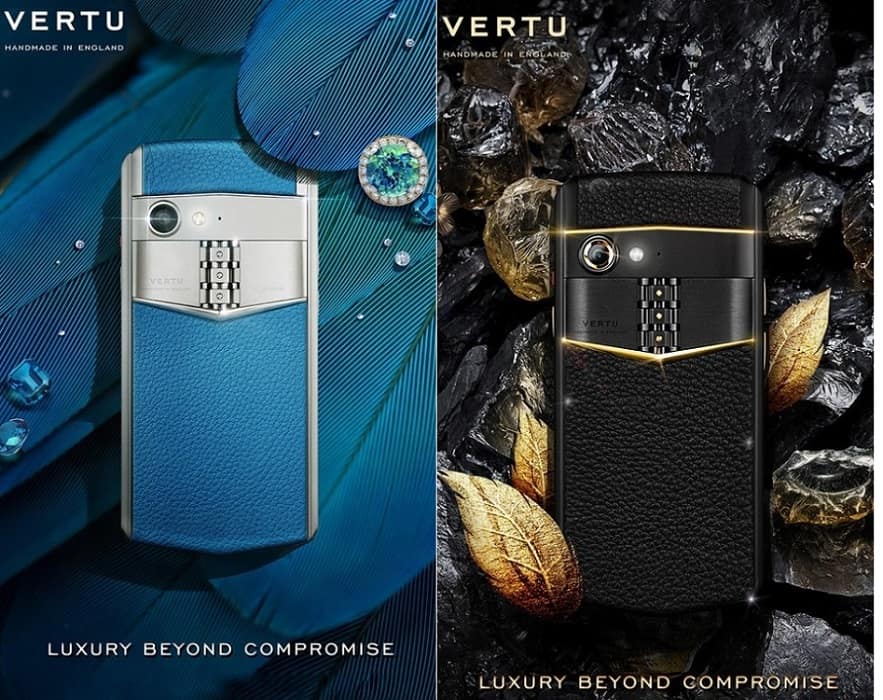 After experiencing major financial and legal troubles last year, the luxury handset manufacturer Vertu recently unveiled its latest smartphone offering, the Vertu Aster P, in an event in Beijing. The device comes in two different series, known as Baroque and Gothic. The manufacturer claims that the device uses a titanium alloy frame while the handset's 4.98-inch 1080p display is protected by a sheet of sapphire crystal glass. The manufacturer further stated on its product listing that genuine European leather covers the back panel of the smartphone. The rear panel also contains two flaps that users could open to access the SIM card slot.

Despite the steep price of the device, the Vertu Aster P is powered by a mid-range chipset, the Snapdragon 660 SoC from Qualcomm. This chipset is comprised of an octa-core Kryo 260 CPU and the Adreno 512 GPU. The handset also contains 6GB of RAM and 128GB of internal flash storage, and the smartphone also features a stereo speaker setup. The rear camera of the device comes with a 12-megapixel sensor and a dual LED flash, while the front-facing camera has a 20-megapixel module. The handset also supports several satellite navigation systems, namely GPS, GLONASS, and BeiDou, and it contains a 3,200mAh battery. The handset ships with Android 8.1 Oreo pre-installed, although it does not come with Google Play Services since the smartphone is only sold in China. Other software features specific to the device include the V Talk encryption technology for calls and text messages and a dedicated security app that locks the smartphone if it gets lost or stolen.

The Vertu Aster P is currently available on the website of the Chinese online retailer JingDong Mall. The Gothic series of the smartphone comes in two color variants, namely Black Jade and White Moon, and it costs CNY35,800, which translates to $5,166 at the current exchange rate. Meanwhile, the Baroque version of the handset is available in four color options, namely Black, Caramel Brown, Gentleman Blue, and Twilight Orange, and it comes with a price tag of CNY29,800 ($4,300). The most expensive variant of the smartphone, called the Aster P Dazzling Gold, costs CNY98,000 ($14,142).