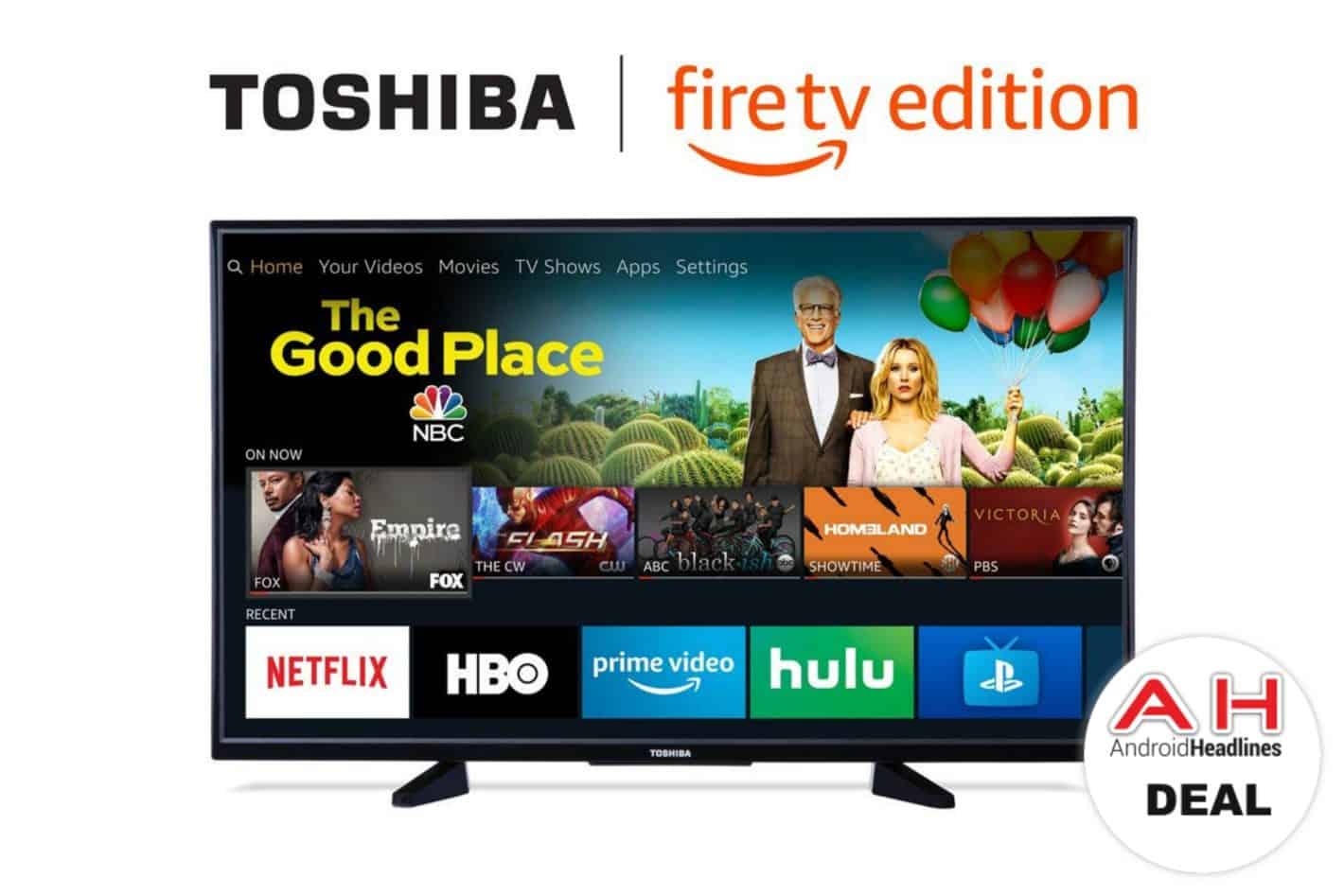 Amazon has discounted the Toshiba 50-inch 4K HDR Fire TV Set once again, bringing it back down to $349. Now this TV is typically priced at $399, but it does drop to $349 quite often – and also sells out pretty quickly thereafter. So if you've missed out on the other sales for this TV, now is the time to pick it up. It's a good choice for a big screen, 4K Smart TV, and it does have over 1300 reviews on Amazon right now, garnering an average of about four stars.

This TV is a Toshiba TV. So you're getting a 50-inch 4K display here, it's not going to be the best TV display you've seen – those typically come from Sony, Samsung and LG thanks to their use of OLED. This here is still an LED, and well, it doesn't actually look all that bad, which is definitely good to see. It does also support HDR10 like most TV's today, though some in this price range do leave out the "HDR" portion and only have 4K support. So that is a good thing to see here. As far as ports go, there are three HDMI ports (one of which includes ARC support for things like the Sonos Beam which is also on sale), there is a composite, component, ethernet and a USB port included as well. This is definitely a good selection of ports, and should be plenty for most people, especially since Fire TV is already built-in.

Of course, Fire TV is the big selling point of this TV. Instead of needing to buy a separate set-top box, or dealing with Toshiba's own software on its smart TVs, Amazon's Fire TV is built right in. This means that as soon as you get this TV, you can start watching your favorite shows. While Fire TV is a fork of Android, and many people see it as having a bad reputation for being "dirty", it's actually a really good platform. The only downfall is the lack of Google services. So if you are fine without having YouTube or Google Play Movies & TV support here, then Fire TV is a great platform to use. It does have all of the other big name apps available. This includes Netflix, Hulu, HBO Go and so much more.

Buy the Toshiba 50-inch 4K HDR Amazon Fire TV Set
Trusted By Millions
Independent, Expert Android News You Can Trust, Since 2010
Publishing More Android Than Anyone Else
5
Today
158
This Week
158
This Month
3324
This Year
104801
All Time
Advertisement