As a disclaimer, all of the apps that you will find down below have been released in September, or close to it, so they’re all fairly new. We’ve talked about most of these apps separately last month, so you may already be familiar with them. In any case, there are quite a few interesting apps on this list, and the list itself is quite versatile. A ton of apps get released on the Play Store every month, but it’s hard to find truly great ones, well, all of the apps on this list are solid, and if you’re interested, read on, as you may find an app that appeals to you. 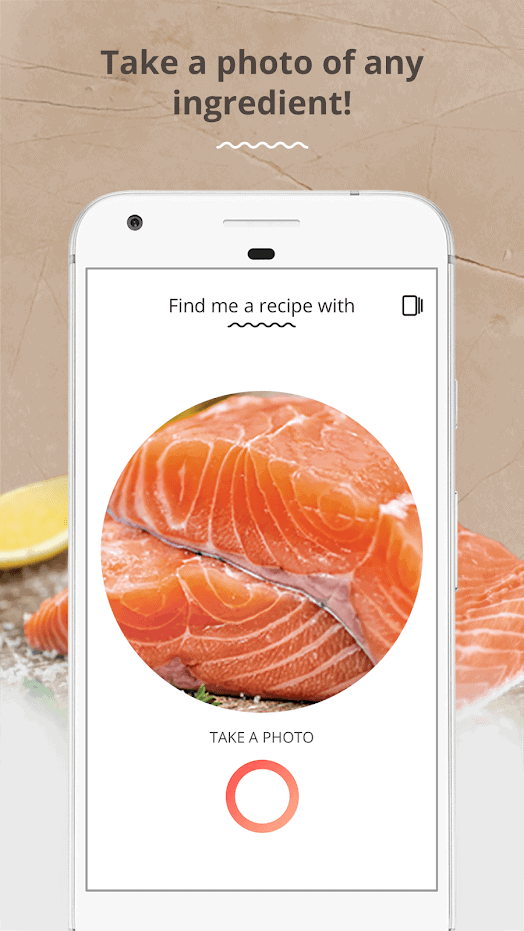 If you like to cook, but are having a hard time figuring out what to cook… well, you may find PixFood to be quite useful. This application will suggest recipes based on your ingredients, all you have to do is take a picture of an ingredient, chicken, for example, and an app will ask you to confirm what you took a picture of, by showing several suggestions. After that, the app will find a number of recipes you can choose from, and go from there. 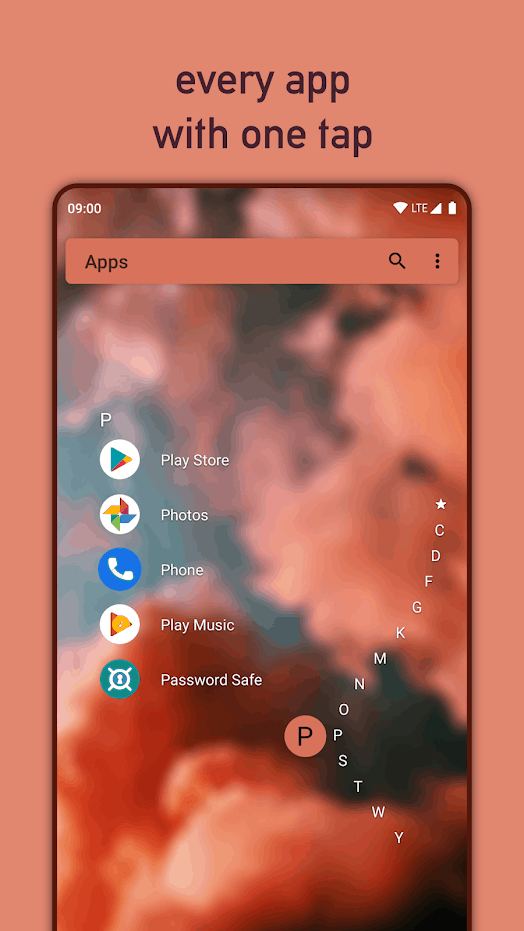 Niagara Launcher is a brand new launcher that is available in the Play Store, but it still has the ‘Unreleased’ tag, which means it’s still in beta. This launcher is quite functional, especially if you’re looking or something simple and straightforward. The launcher will show you several of your favorite apps on the home screen, while you can access the rest via letters on the side, the whole alphabet is there, and it allows you to choose an app rather fast. Search is built into this app as well, and there are several other features included here. 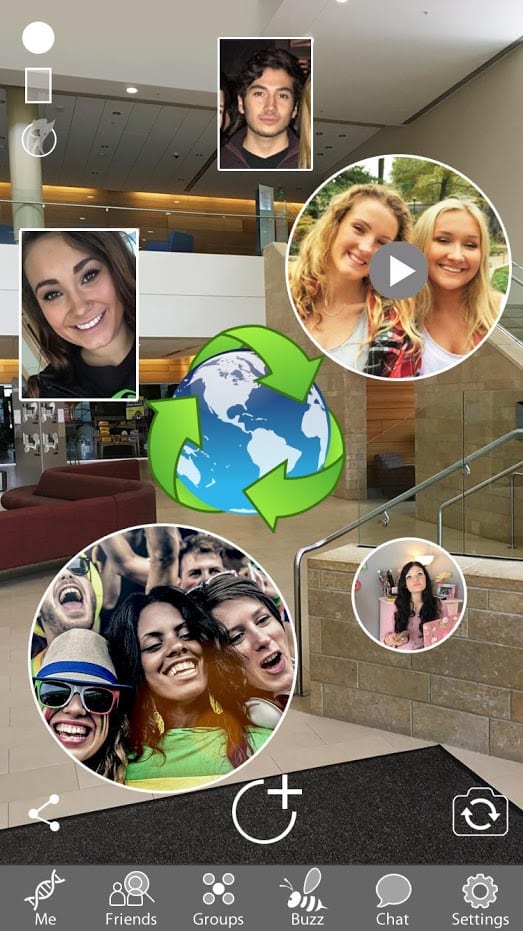 Spotselfie is a brand new social network, which is focused on college students, in other words, it allows you to learn more about people at your campus. This application is powered by Augmented Reality (AR), and the app is also customizable to a certain degree. There is a general feed that you can take a look at, while you can also take a picture of yourself and you can be shown on a campus map to other students, in case you’re up for an activity or you just want others to learn more about you. 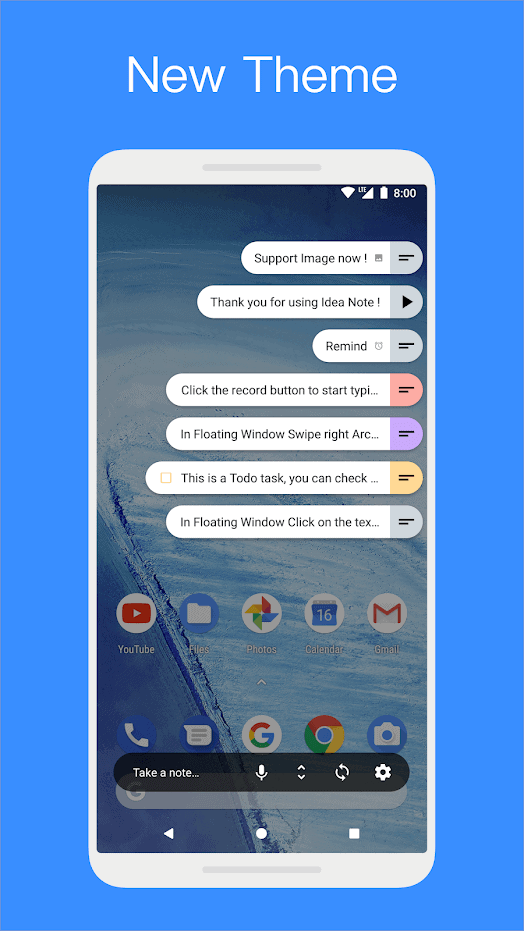 Idea Note is a new note-taking application, well, kind of. This app is made to take your notes, voice notes, ‘Idea Pills’, and so on, and you access your notes by swiping from the edge of the display on your homescreen. The design of this application is really solid, it’s clean and flat, while your notes are shown in form of cards, like on many other apps out there which follow Google’s Material Design guidelines. There are various labels that you can apply to your notes, and the app is free to use. 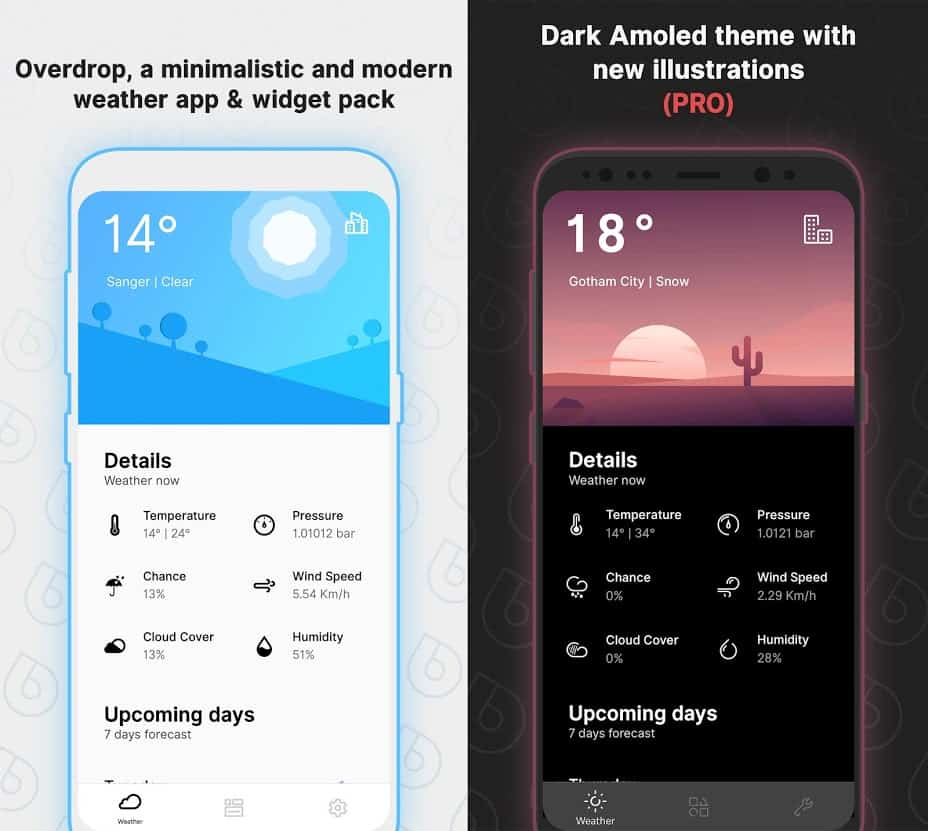 Overdrop is a new weather application, which is currently in beta, as it has the ‘Unreleased’ tag in the Play Store. In any case, the design of this app is quite modern, and there are a ton of options available on the inside. You will get a 24h forecast here, a 7-day forecast is also available, while specialized widgets are also included. Dark Theme is supported in the app, but only in its ‘Pro’ version, which is also available in the Play Store. 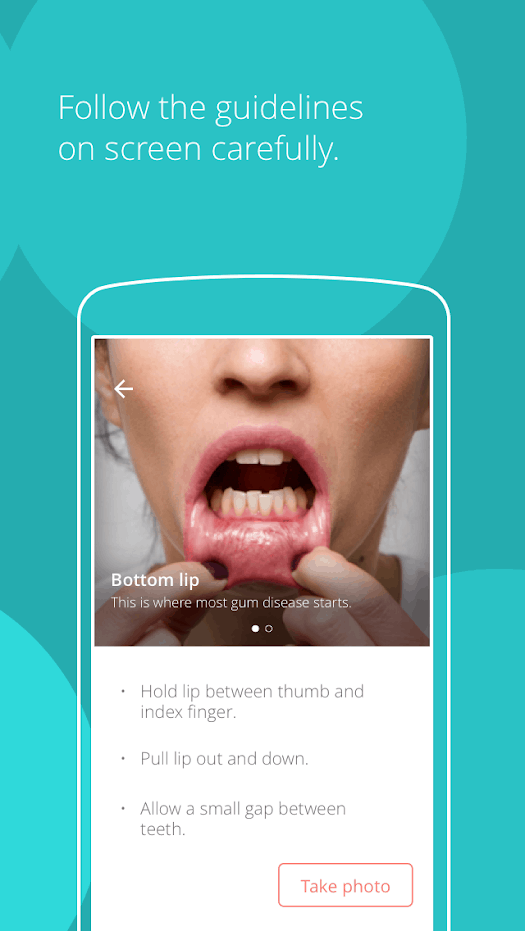 Toothpic is a brand new app which can help those of you who have toothaches, or something of the sort. Using this app, you can upload images of your teeth, and registered dentists will take a look at them, in order to help you out. This app will guide you through the process of taking images, and chances are you’ll need help in order to take proper images, but this app can help you with your tooth-related issues, in case you can avoid going to an actual dentist. 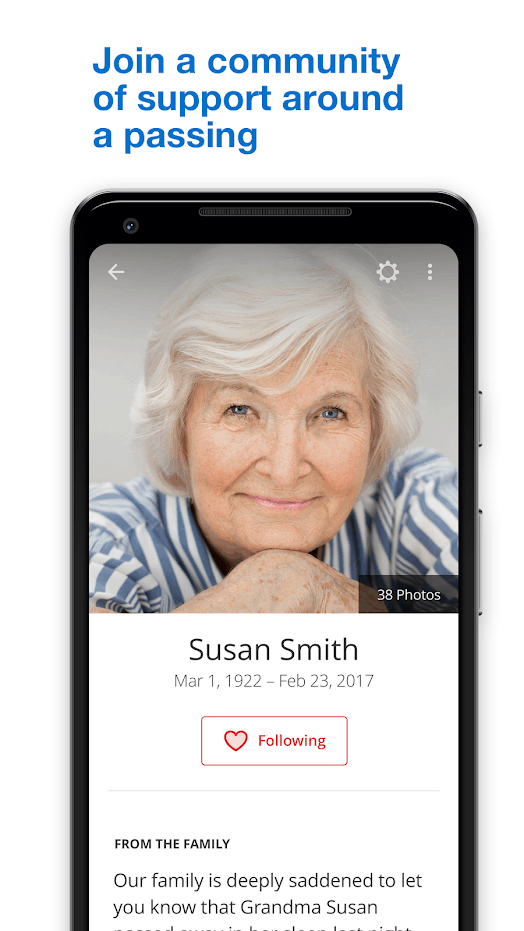 Everdays is a rather odd app, as it helps you create funeral announcements, and is expected to help you get through the grieving process as easily as possible, as it will connect you with other people who have recently lost someone dear to them. Everdays will also help you stay informed when it comes to the passing of your acquaintances, your high school friends, for example. This app is not for everyone, but if it sounds like something you may use, feel free to try it out. 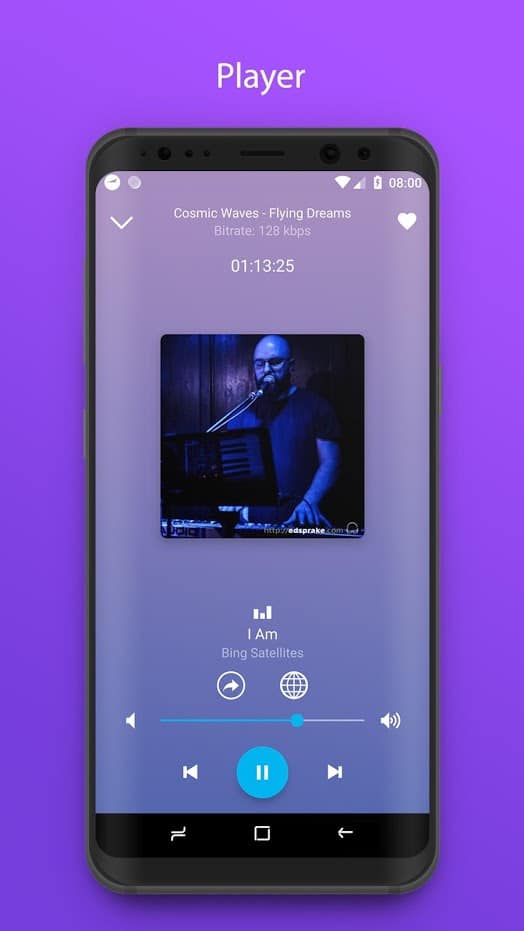 Cosmic Waves Radio is a brand new Internet radio application, which has a lot to offer, in case you’re still in the market for such an app, or are looking to replace your current one. You can listen to a free online radio, while this app also comes with a built-in sleep timer, which is not something that most other apps can say for themselves. Themes are also available for the Cosmic Wave Radio, and the app is free to use. 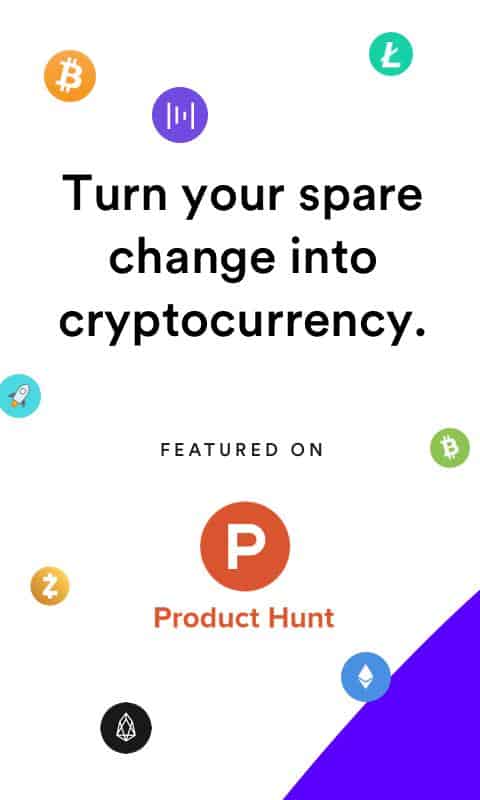 If you’re interested in cryptocurrency, and are not willing to dive right in with full force, you may find Crumbs interesting. This app will basically turn your spare change into cryptocurrency, though you have full control of what’s going on, of course. Once you link your bank account, and select a portfolio that you want, the app will start collecting spare change from your purchases, and buying cryptocurrency for that money, once the amount equals $5. 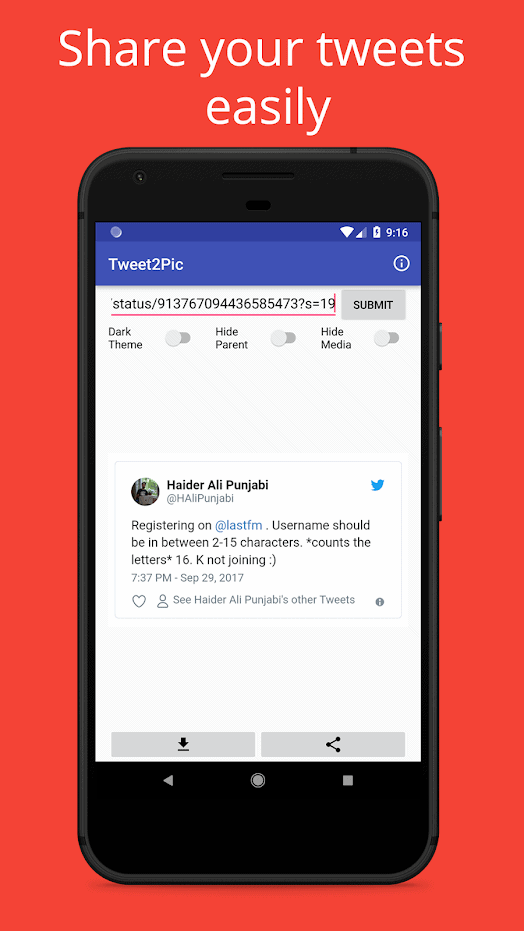 Tweet2Pic is quite a useful app for those of you who take screenshots of your tweets often, or you just want to present your tweets in a nicer way. This app requires you to copy a link of a tweet you’d like to get an image of, and based on it, it will properly frame that tweet, while giving you a number of options to choose from. For example, you can select a dark theme instead of a white one, so that the background of your tweet ends up being black.