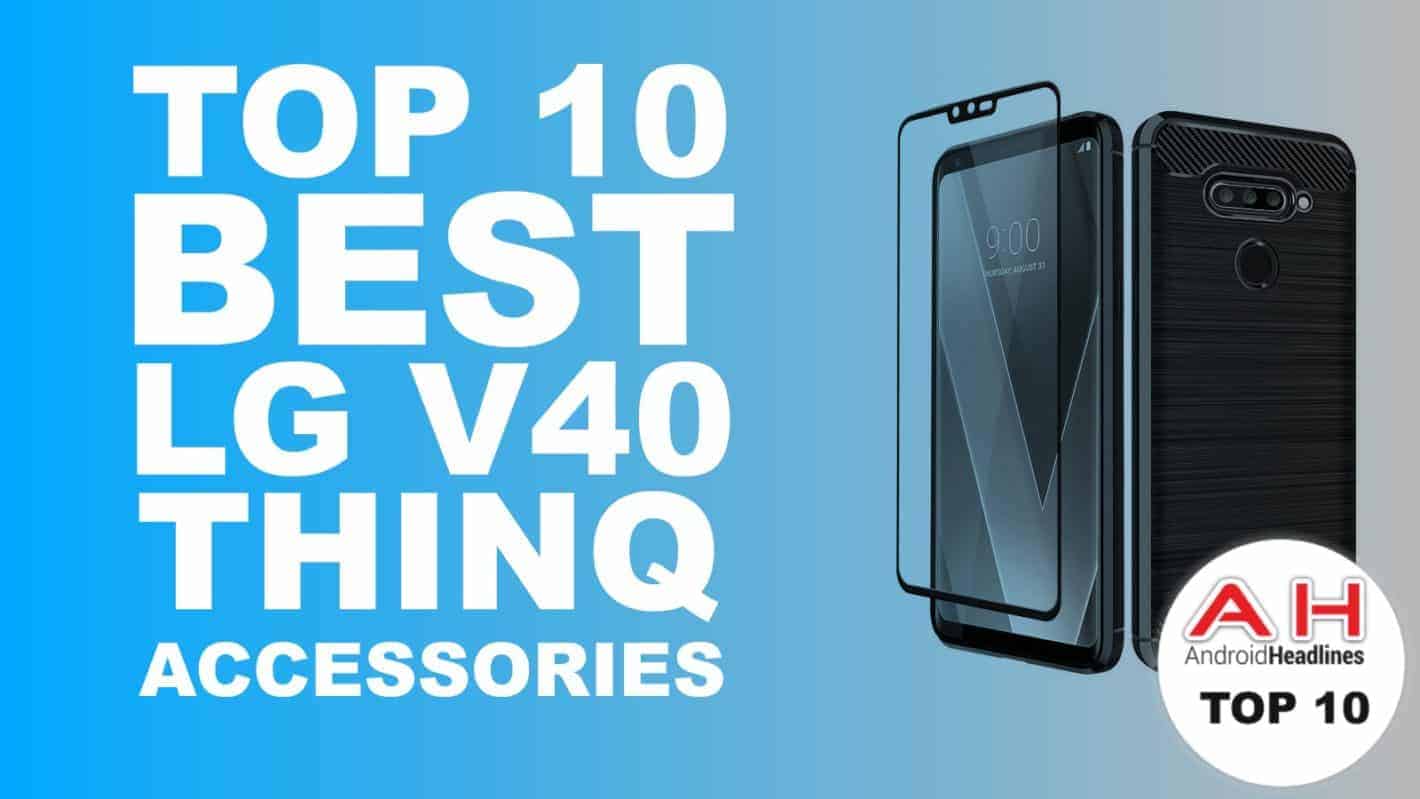 The LG V40 ThinQ is a pretty good looking smartphone from LG. Sporting that beautiful 6.4-inch Quad HD+ OLED display, along with the glass back, and five cameras. It's got a lot going for it. And one of the things it has going for it is the fact that it is fragile, and will need a case and a screen protector. But there are also some other accessories that you are going to want to pick up for the LG V40 ThinQ. But which are the most necessary? Well, we've rounded up the top ten best (currently available) accessories for the LG V40 ThinQ, to help make it a bit easier, so that you only get the accessories you want and need, and won't waste your money.

There are a few cases here, including the Spigen Liquid Crystal case, which is a good option for many people. This is because it is a crystal clear case that is going to protect the back of the phone, as well as the front since it has that lip over the display. But this is also a clear case, so you are going to be able to show off that design of the LG V40 ThinQ – and the color of that Moroccan Blue – without leaving the phone naked. Since the LG V40 ThinQ is a glass sandwich, it will definitely break very easily, so a case is a necessity. Something else that is a necessity is a screen protector. And there are a few tempered glass screen protectors available. Tempered glass screen protectors are definitely better than the typical plastic ones. These feel more natural when using your phone. As these are glass, so it's smoother and it doesn't obstruct the quality of the display either. These screen protectors do cover the entire front of the display, with a cutout for the notch – because of the front-facing cameras and the earpiece.

Another accessory that you probably didn't know you needed (and it comes for free to LG V40 ThinQ pre-orderers), is the DJI osmo Mobile 2. This is a mobile gimbal for your smartphone that you can use to get some really great shots with the LG V40 ThinQ. If you were thinking of doing some vlogging, or just using your V40 ThinQ to shoot some content, then this is definitely something you'll want. Again, if you pre-order the LG V40 ThinQ, LG is giving you this for free with a 256GB micro SD card.

The LG V40 ThinQ is available for pre-order now at all of the carriers – AT&T, Sprint, T-Mobile and Verizon – as well as available unlocked at B&H Photo. The price ranges from $920 to $980 depending on where you purchase it. Pre-orders are open until October 18, and then it will be generally available  everywhere on October 18. Remember to pre-order so you can get the SanDisk 256GB micro SD card and the DJI osmo Mobile 2 handheld gimbal, which is a $300 value, and definitely worth pre-ordering the LG V40 ThinQ for, especially if you are a content creator. 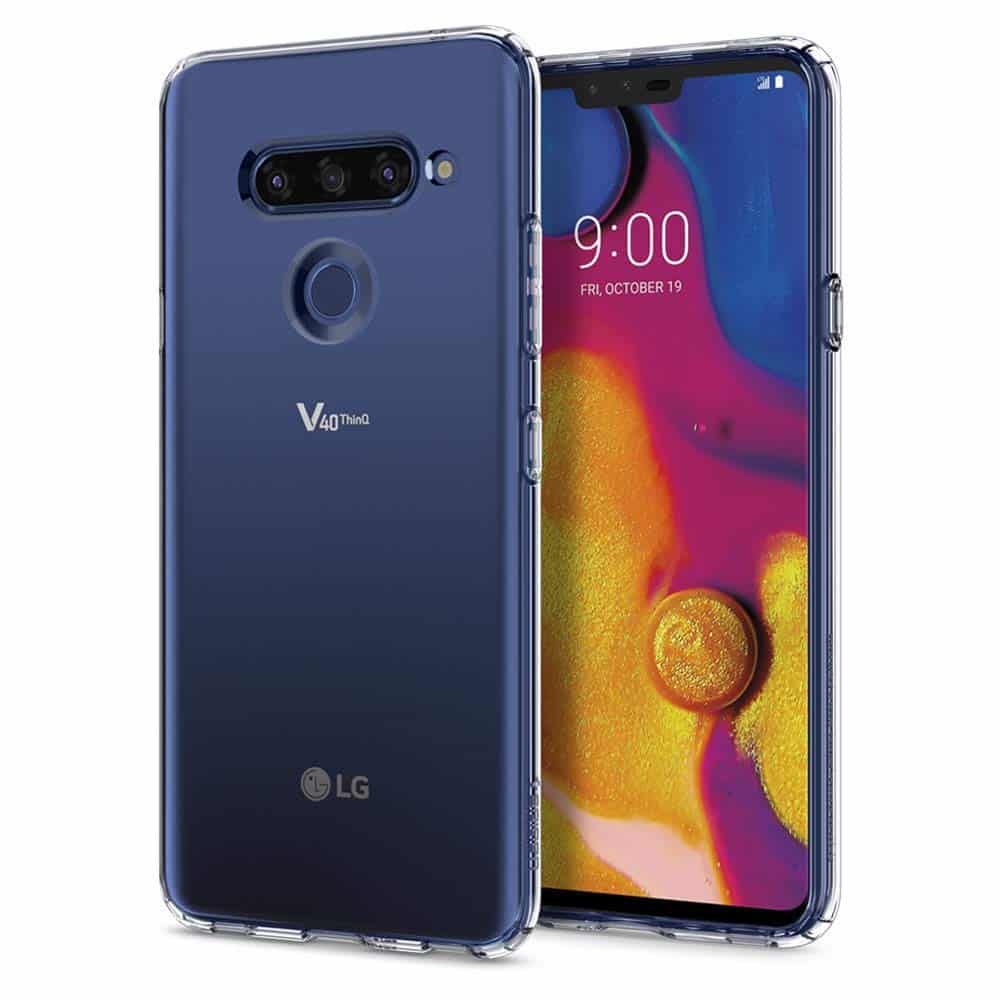 Spigen has unveiled its cases for the LG V40 ThinQ, which includes the Liquid Crystal case. This is a great one to pick up if you want to protect that glass back, but you still want to show off the design of the LG V40 ThinQ, since it is a pretty nice looking smartphone from LG in the first place. 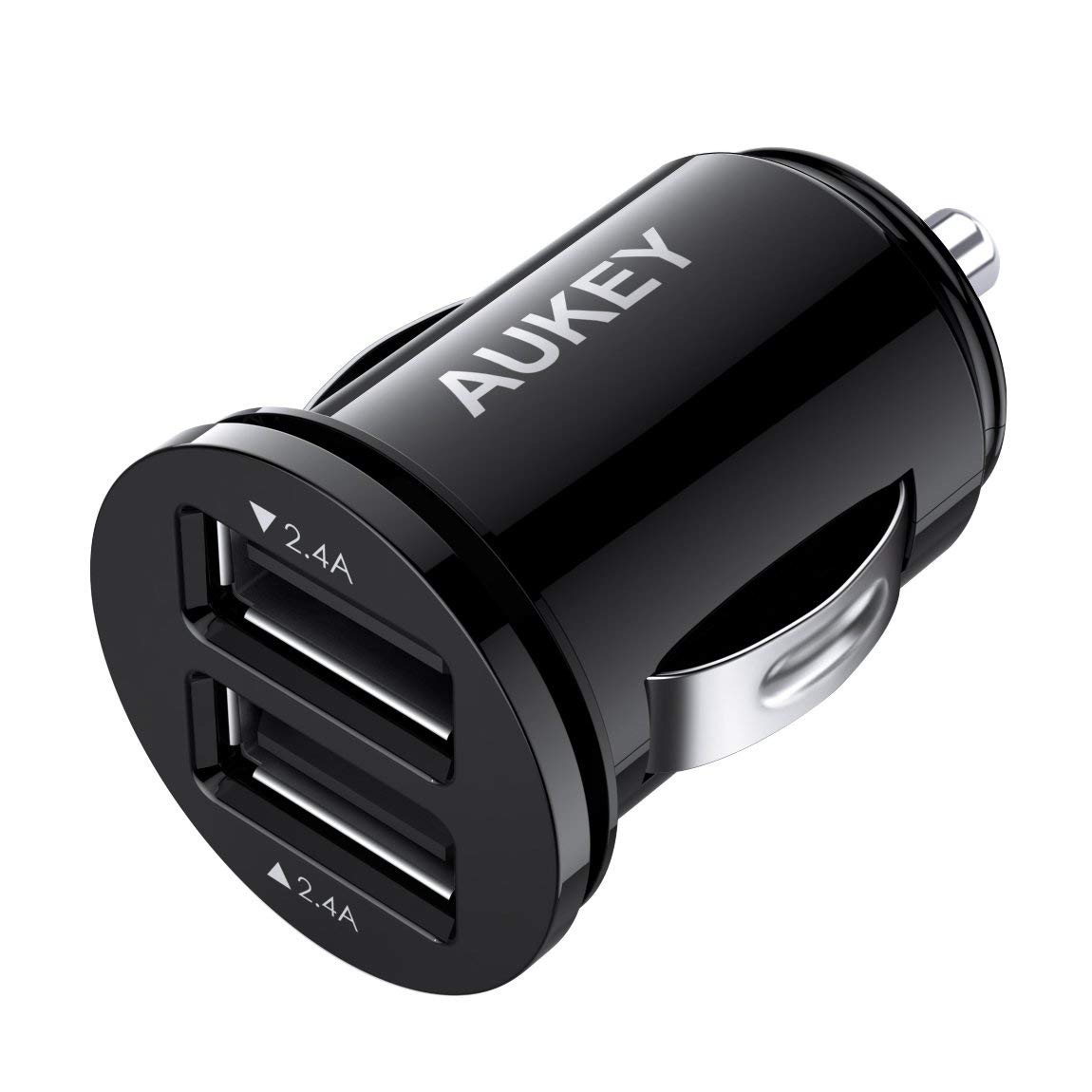 AUKEY has a great car charger here, this is a flush-fitting car charger that looks great in any vehicle. It does have 4.8A total output, or 2.4A per port. That’s not Quick Charge 3.0 speeds, but it is Quick Charge 2.0, which is still plenty fast, even for the LG V40 ThinQ 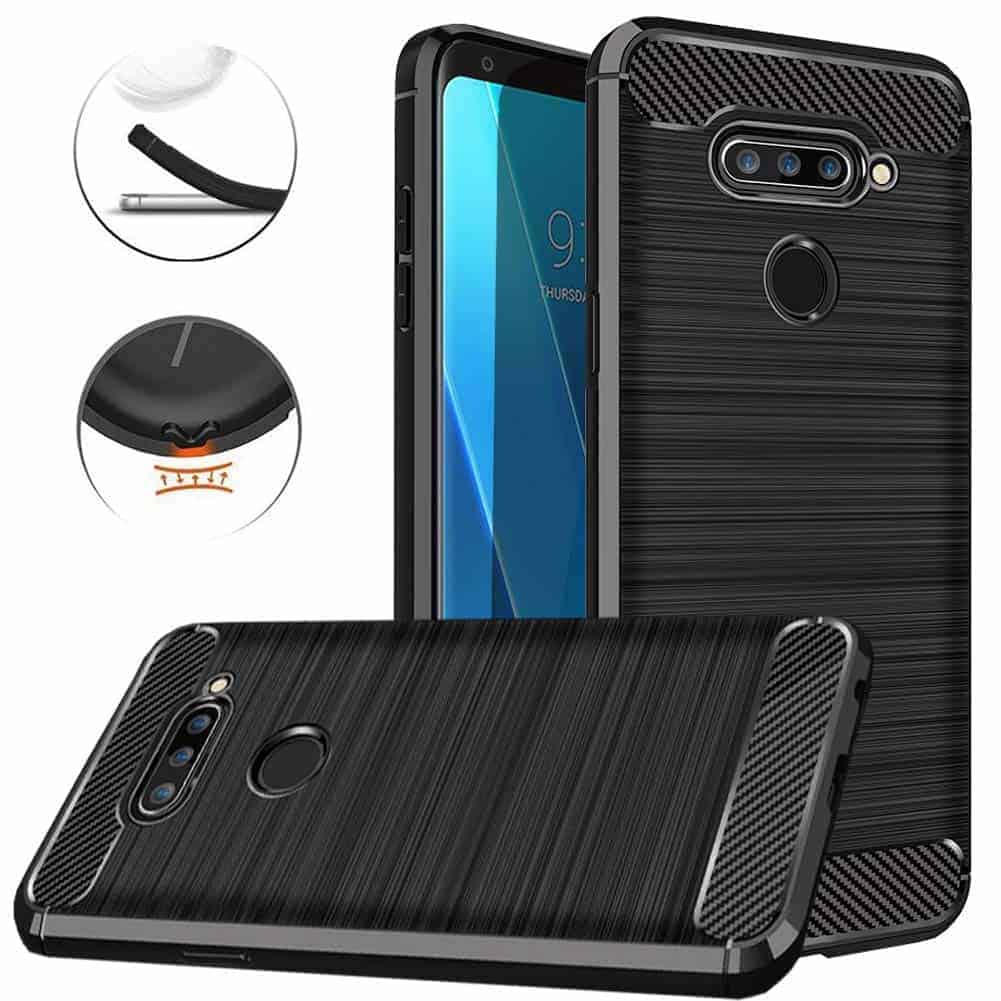 This is another good option for those that want to protect the LG V40 ThinQ, but not add a whole lot of bulk to the device. Now you can do so and still keep the V40 ThinQ looking pretty nice. it has a carbon fiber exterior which will add grip and keep it looking nice. 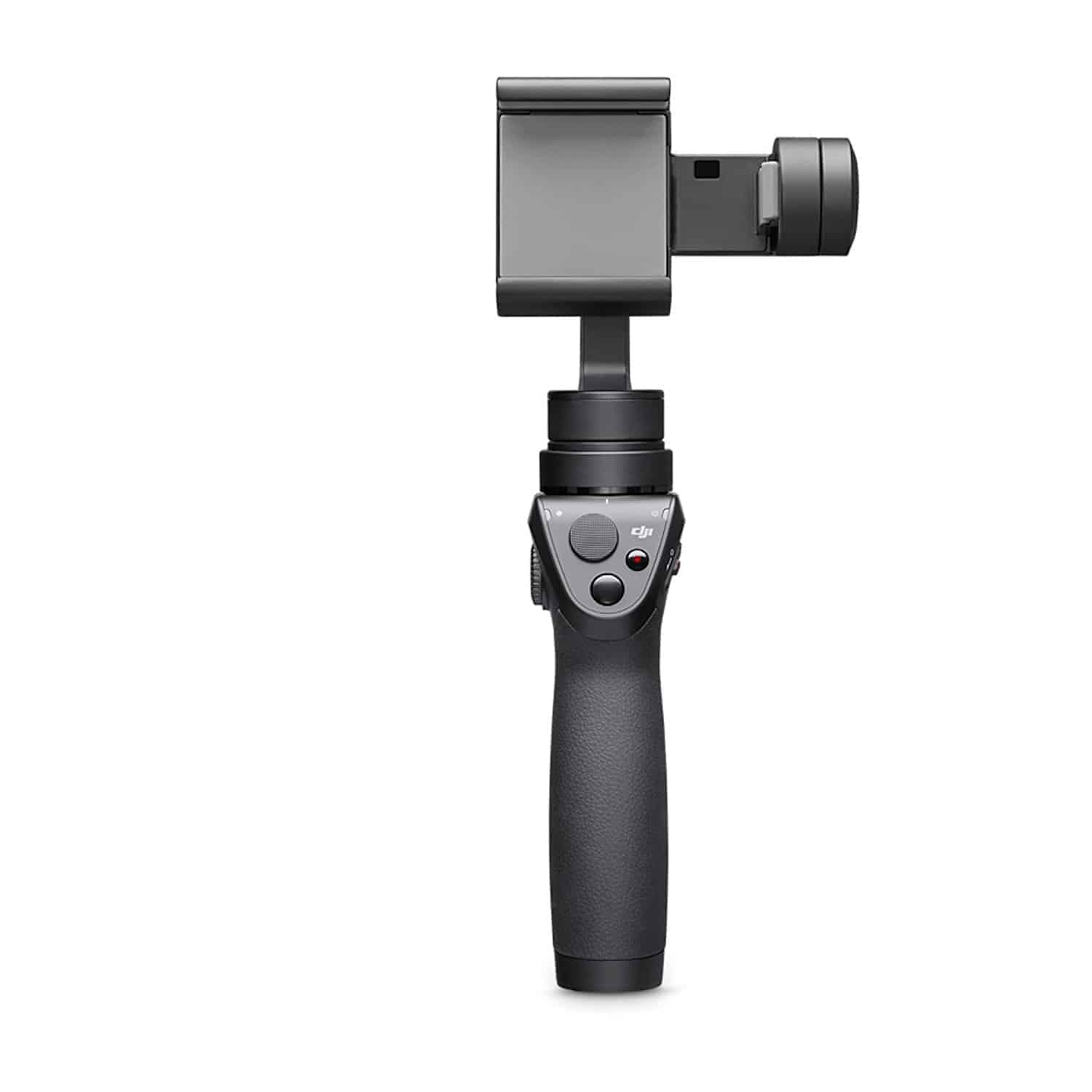 If you pre-ordered the LG V40 ThinQ, you’ll be getting this for free. But if not, it’s still a great accessory to pick up and use with the LG V40 ThinQ – or any other smartphone. It’s a handheld gimbal for smartphones, allowing you to get some really great shots with your smartphone. 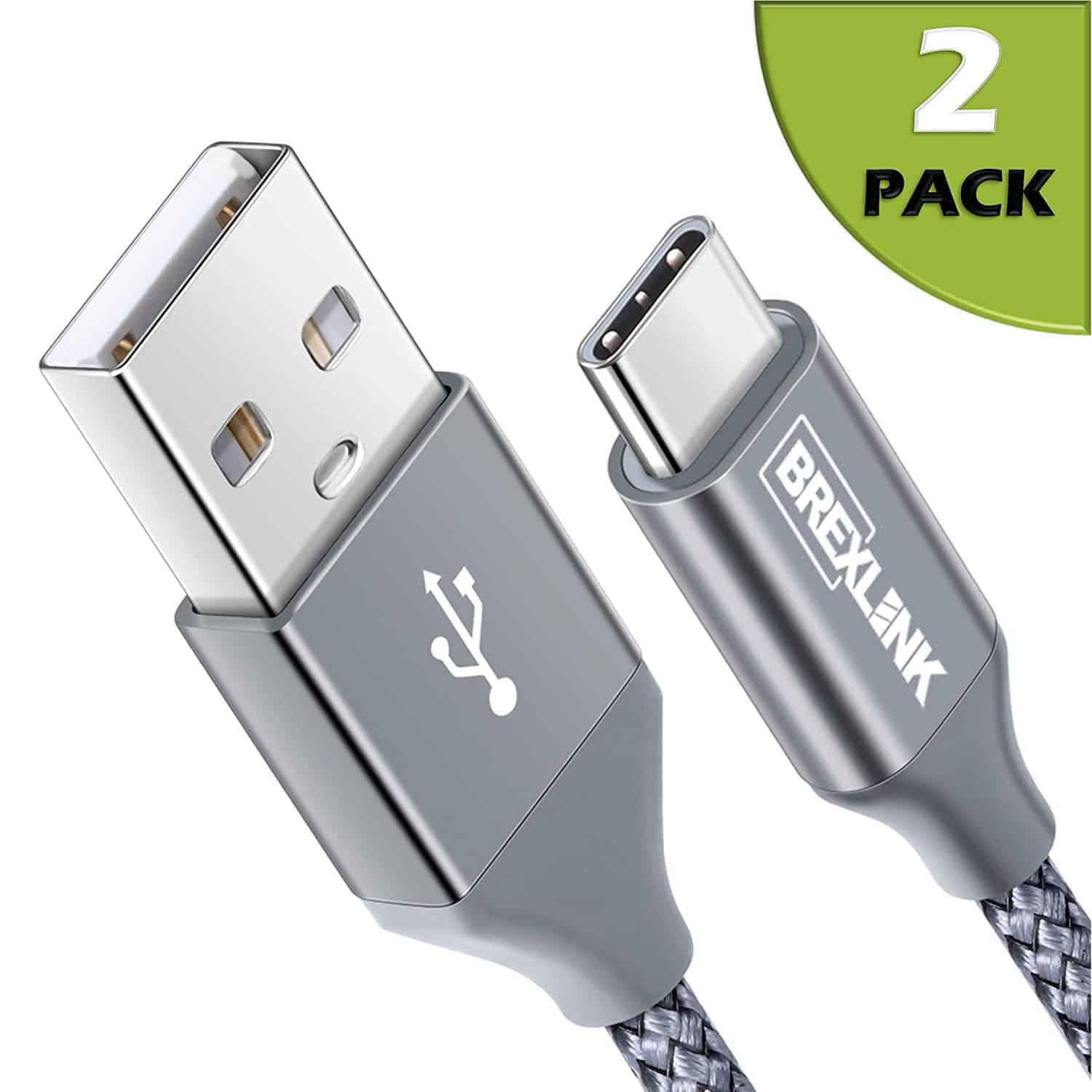 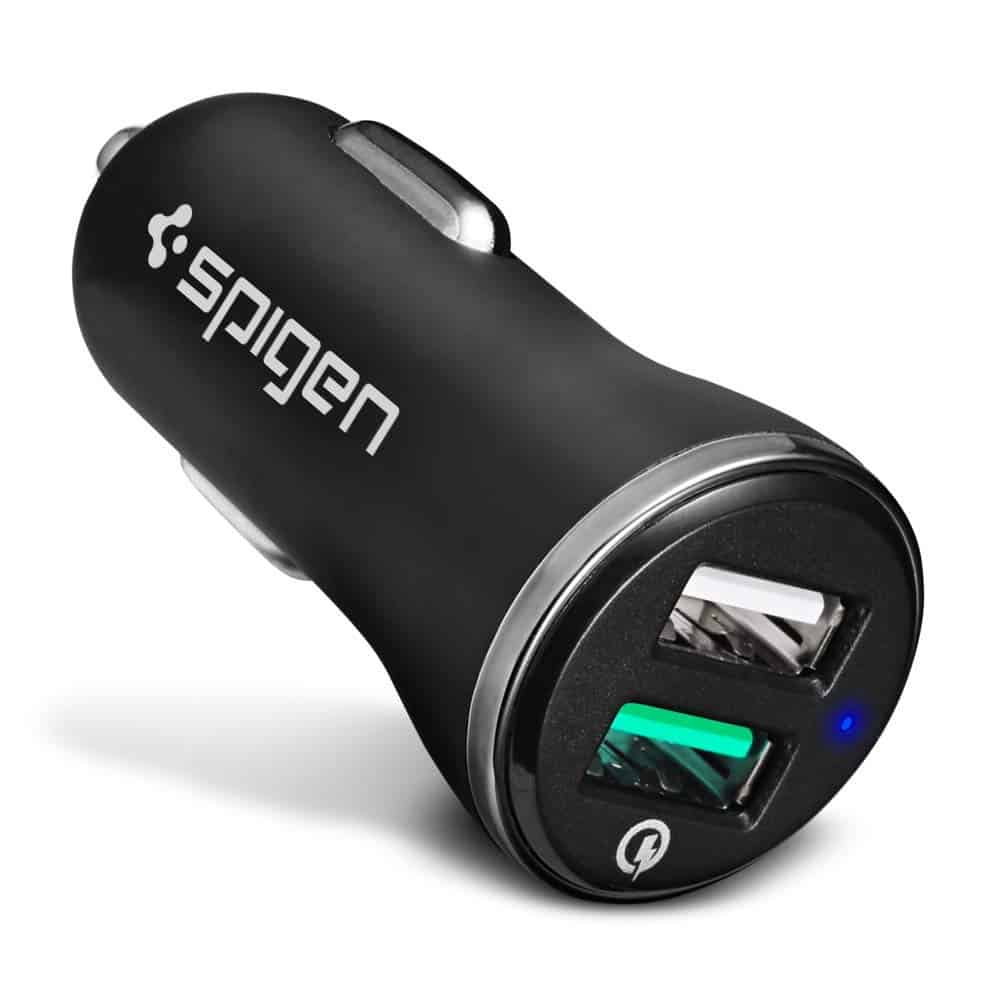 This fast car charger from Spigen is a great pickup for the LG V40 ThinQ, because it does have two USB ports with one supporting Quick Charge 3.0. This is going to allow you to quickly charge your V40 ThinQ while you are on the go, so when you get to your destination, you have a fully charged smartphone. 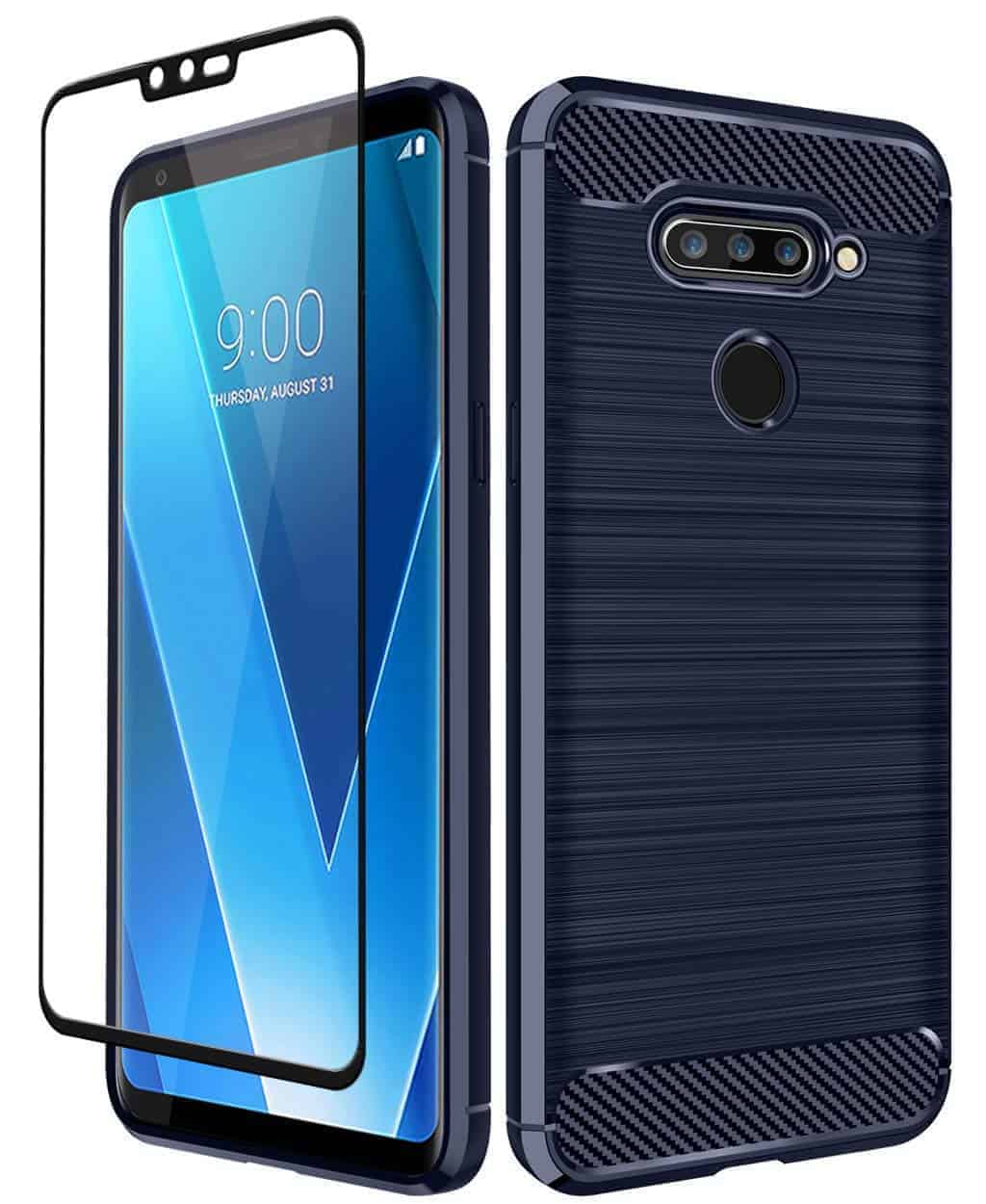 Aoways is killing two birds with one stone here. Offering a tempered glass screen protector and a TPU case all in one. And of course that screen protector is compatible with the case, so there’s no worries there. Now with one purchase, you can protect the display as well as the rest of the LG V40 ThinQ, which is definitely impressive. 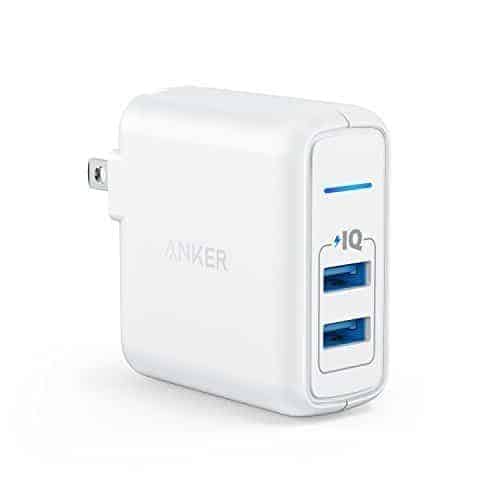 This wall charger is a great one to pick up and travel with, since it is somewhat small, but also has two USB-A ports available. The PowerPort2 does have PowerIQ Technology, so it can quickly charge up your smartphone and keep it ready to go when you need it. 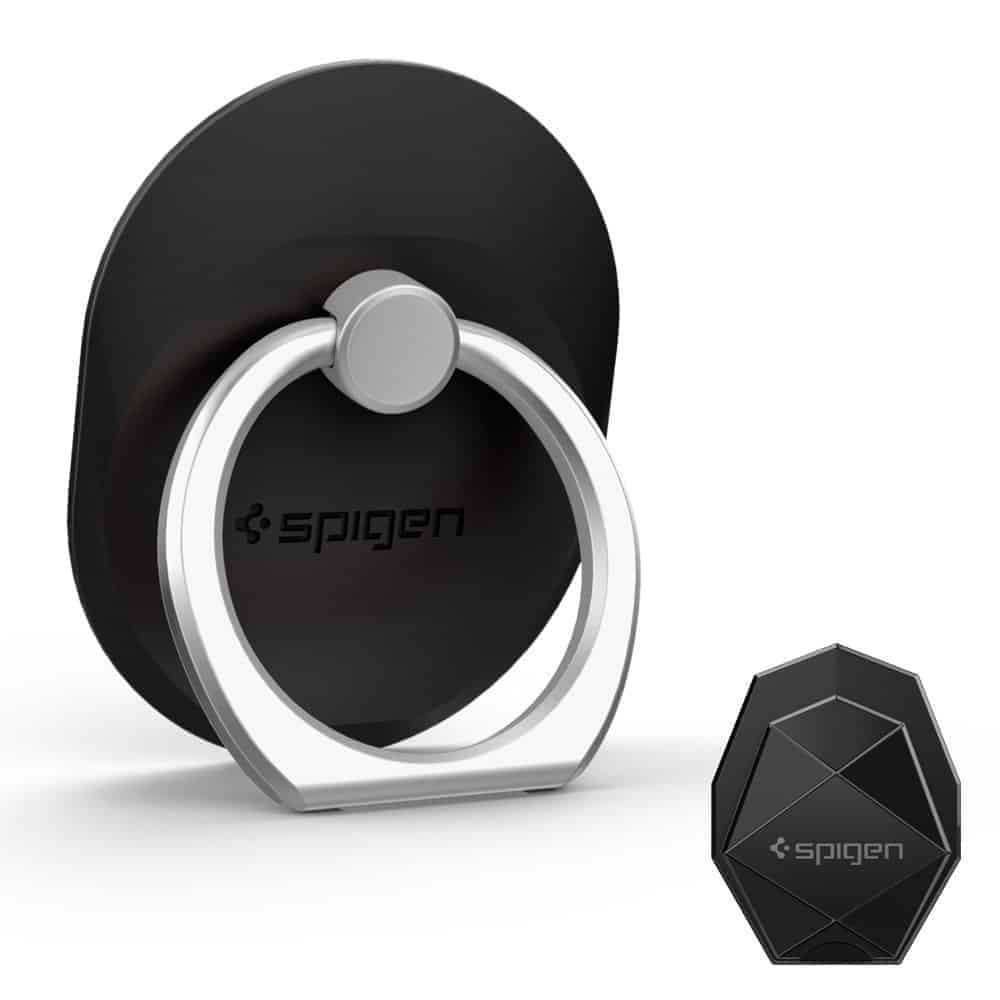 The Spigen Style Ring is a great way to keep your phone in your hand and make it easier to hold onto it. While the LG V40 ThinQ is not a huge smartphone anyways, it is pretty easy to hold onto, but it is a glass device, so it is slippery. And that’s where this Ring from Spigen comes in handy. 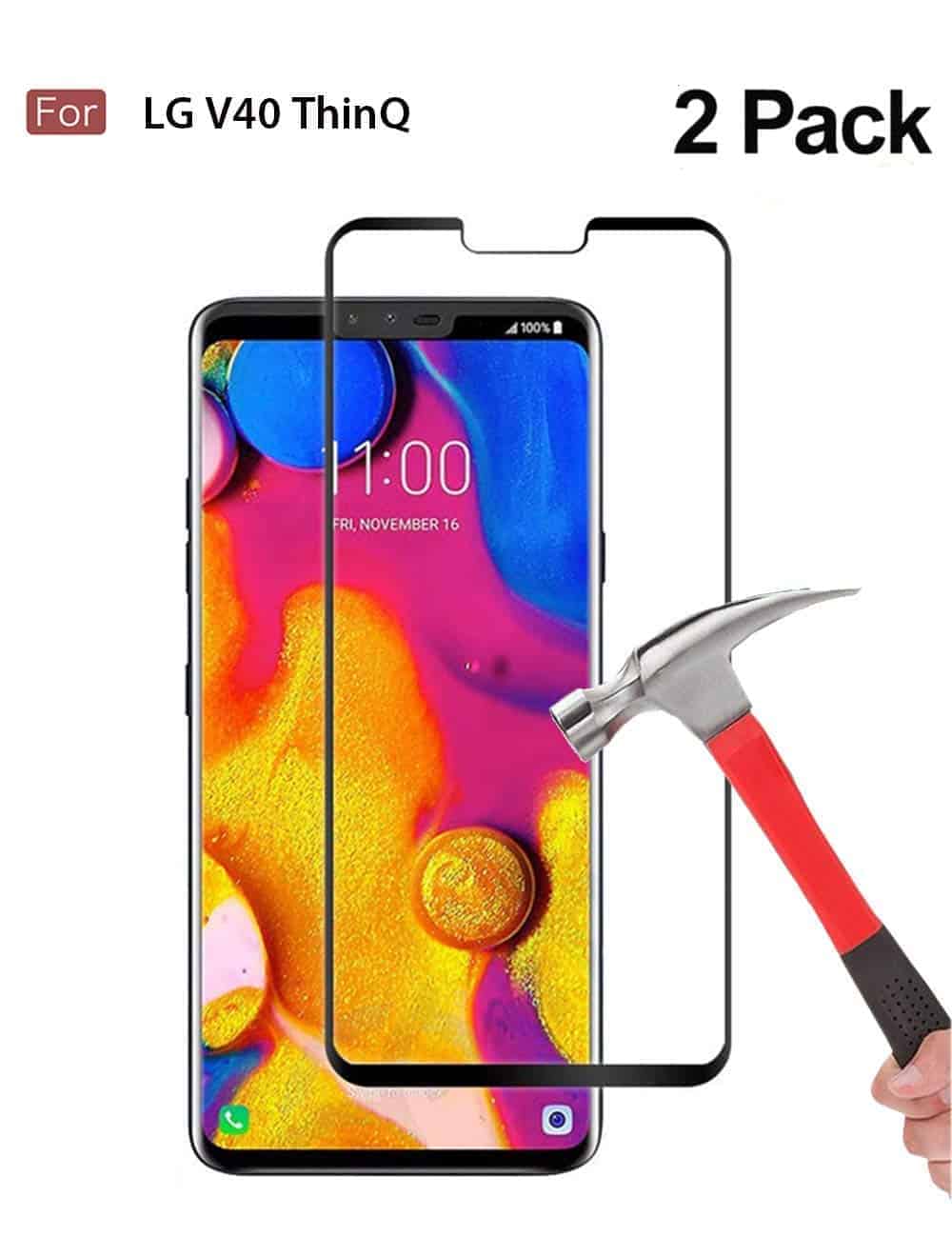 Buy Now!
Advertisement
Trusted By Millions
Independent, Expert Android News You Can Trust, Since 2010
Publishing More Android Than Anyone Else
0
Today
186
This Week
106
This Month
4093
This Year
105570
All Time
Advertisement