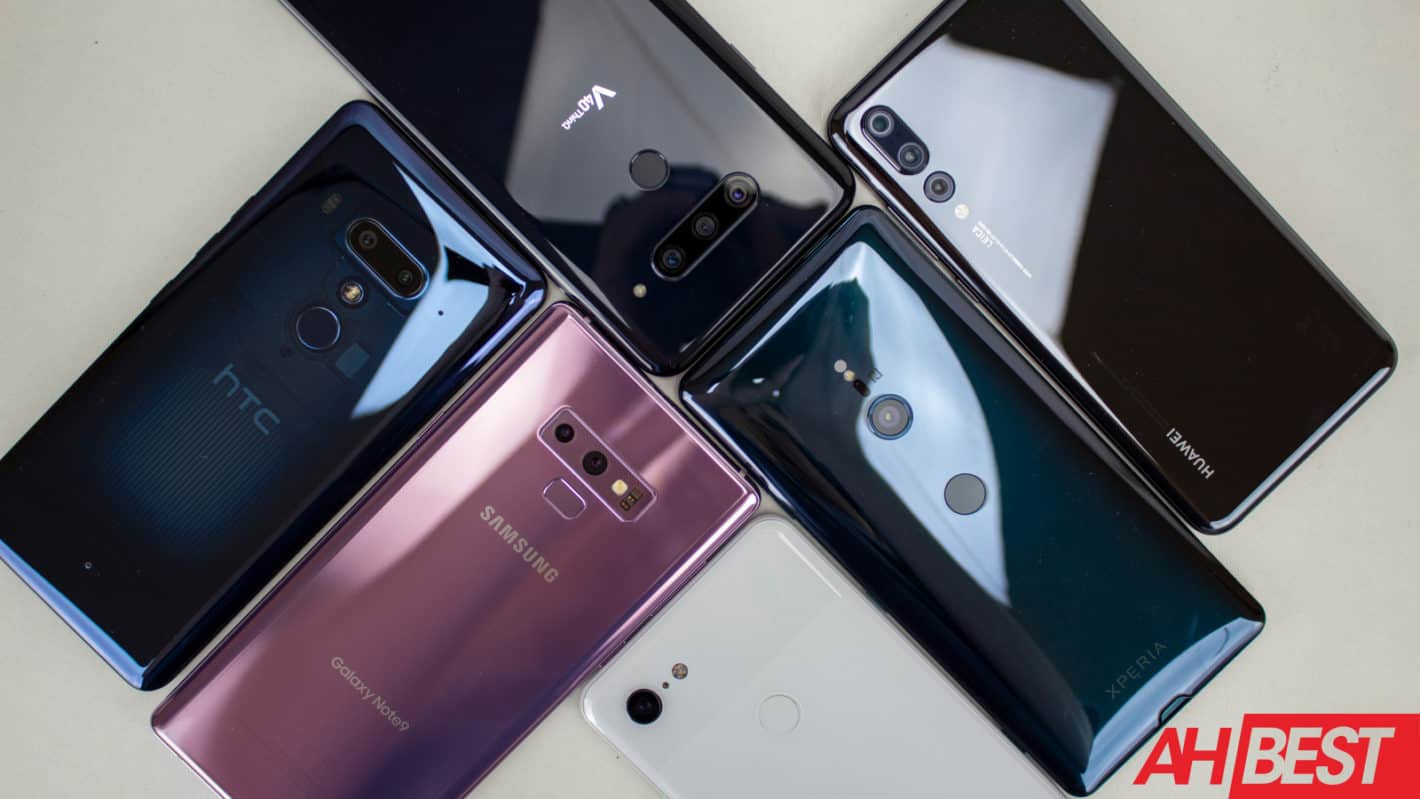 The industry has, quite appropriately, renamed the month of October 2018 to Phonetober. You’ll also find plenty of trending hashtags like #phonepocalypse, which pretty adequately covers the crazy feeling taking the industry by storm this month. It’s surely an overload of good phones, shown quite obviously by the number of new phone reviews, hands-on features, and everything we’ve been publishing this month. That said, a whole slew of new devices are now available to choose from, and it’s changing up the list of must-have devices more than any other time of the year. Our lists aren’t just to display the absolute best phone available they’re also designed to help people looking for a specific niche. Ready to find your next phone?

Google’s latest and greatest are a little less great than we initially thought they’d be, but that doesn’t make them bad phones. Starting at $800 for the smaller Pixel 3, and $900 for the Pixel 3 XL, these phones represent some of the more expensive ones on the list, but don’t have as many features or cutting edge specs as many others on the list. Even still, Google has put together phones with a fairly solid experience that will likely please folks looking for something simple and elegant, all while offering fast monthly security updates, unlimited photo and video backup, and support straight from Google. The Pixel 3 family is available unlocked on the Google Store, and is also sold through Project Fi and Verizon.

The HTC U12+ is easily HTC’s most interesting phone in quite some time, and it represents an amalgam of ideas and new technologies from the once-giant Taiwanese manufacturer. The buttons on the side are unlike anything you’ve probably ever used, with a force-touch feedback provided by the advanced vibration motors inside instead of having normal click-in buttons. They’ve also outfitted the phone with four cameras, two on front and two on back, all of which are capable of some truly amazing imagery. Video recording also includes something truly special as well; the ability to zoom into the audio source as well as the video. Directional audio recording enables some pretty incredible quality that you won’t find anywhere else, and that’s just the tip of the iceberg when it comes to awesome features of this phone. Check out our review if you’re interested in learning all about it, it’s really something special.

Razer launched their first phone this time last year to somewhat mixed reviews, and they’ve taken the majority of the complaints and improved upon them in this year’s release of the Razer Phone 2. The Razer Phone 2 still sports that amazing 120hz display from the original Razer phone, as well as the biggest and best front-facing stereo speakers in the business. Razer has updated the look pretty significantly around back, where a brand new glass panel houses those amazing RGB lights that gamers seem to love, furthering the idea that this is the only gaming phone you’ll need this year.

While we’re actively reviewing the Sony Xperia XZ3 at this very moment, it’s hard to argue that it’s going to be a better buy than the recently released Xperia XZ2, which features almost identical specs without the high price tag of the XZ3. With a choice of sizes, both several hundred dollars less than the Xperia XZ3, and nearly identical specs, it’s hard not to recommend Sony’s blazing fast flagship with its brilliant new design for this price. While Sony’s skin isn’t nearly as feature-rich as manufacturers like Samsung, it’s got far more in the way of options and meaningful extras than stock Android, all while maintaining speed and reliability. It’s also got a killer camera with features like 1080p 960FPS super slow motion, and the amazing Predictive Shot for when action scenes get a little crazy with movement.

LG blew us away with the V30 last year, the best phone LG ever made up to that point, and they’ve followed up this year with another substantial upgrade. Sporting a new design that’s quite similar to the LG G7 ThinQ, the V40 ThinQ is a powerhouse phone with a Boombox speaker built into its chassis, 6GB of RAM and a whopping 5 cameras. A new telephoto lens sits on the back for 2x optical zoom, and the wide-angle 107-degree camera is still available for taking the whole scene in at once. There’s even a new wide-angle camera up front, right next to the standard camera, and LG’s content-creation abilities are better than ever.

OnePlus is announcing the mid-cycle refresh OnePlus 6T in just a few days, but it doesn’t look like that phone is aiming to fully replace the OnePlus 6 in every way. With a $529 price tag, the OnePlus 6 represents some of the absolute best value in the mobile market, as it not only sports the same specs of super-premium flagships like the Galaxy S9+, but it also features a premium build, the fastest version of Android around, and a camera experience that’s more than great. OnePlus’s own OxygenOS skin of Android is constantly being updated and tweaked, with timely updates and meaningful feature inclusions, all while not slowing the experience down or compromising on user choice.

Listing the features the Huawei Mate 20 family is missing would be a far easier task than listing everything these phones can do. Huawei delivered the stellar P20 and P20 Pro earlier this year, and they’re following that up with a fully reimagined camera configuration, including a brand-new wide-angle camera to complement that 3x telephoto lens, giving it the best optics in the business out of the gate. Topping this off is one of the most gorgeous designs we’ve ever seen in the Mate 20 Pro, which isn’t just curved on all sides, but features a fancy new etched glass pattern on the back that helps with the slippery nature of glass. Huawei’s phones are a little more difficult to get than the should be in the US, but everywhere else worldwide shouldn’t have a problem finding their model of choice. Want to see everything Huawei is offering this Fall? Check out our hands on video above!

Best doesn’t always have to mean “most expensive,” and Xiaomi is here to prove that value is king with the Pocophone F1. This offshoot brand still holds the Xiaomi name on the phone, and it even runs Xiaomi’s incredibly beautiful and feature-rich MIUI Android skin, all while keeping the top-tier specs you’d expect from a Xiaomi flagship. A 6.18-inch 2246 x 1080 resolution LCD display is up front, and the phone is powered by 6GB of RAM and a Snapdragon 845, all for an unreal $350. No, that’s not a typo, something that’s especially mind-blowing in the age of $1,000 flagships that sport all the same base specs, and some that are even missing features of the Pocophone F1 too. This is the best value flagship of all time, there’s no doubt given the quality of the software and the overall experience and speed, and if you’re not interested in a fancy glass build or the absolute top-of-the-line camera and don’t want to sacrifice speed or features, this is the phone to buy in 2018.

Samsung’s reign in the world of Android only continues to be solidified with stellar flagships like the Galaxy S9 and Galaxy S9+, two phones that are not only as feature-rich as they come, but with incredible designs, build quality, support, customization, and a whole host of exclusive features and services to boot. Some have said Samsug Pay is worth the price of entry alone, and then there are others who just can’t be without Samsung’s never-ending array of options and features, all of which add up to create the most comprehensive experience you’ll find anywhere. The only way you can find a device with more hardware options is by choosing Huawei, and even then you’ll have to give up some of the valuable services and features that only Samsung offers. This one comes in two sizes with nearly identical specs to boot, so you won’t need to compromise if you don’t like giant phones.

The king of Android regains the throne the year with an undisputed set of features and options that rival any phone out there, not to mention the hardware power to out-do basically anything else on the market. You’ll pay a pretty penny for it at full retail price, but nowhere else can you get 8GB of RAM, 512GB of storage, the new Bluetooth S-Pen with remote control features, all of Samsung’s incredible services and options, Samsung Pay, industry leading cameras, and support that most OEMs simply can’t compete with. It’s a power user’s dream, yet still a phone that the “everyday man” can also appreciate thanks to the best displays in the business, Dolby Atmos speakers built into the body, and productivity options for any occasion. Phone of the year? It certainly covers more niches than most phones could hope to achieve, and because of that, there’s little reason to recommend anything else if you’re willing to spend the cash.