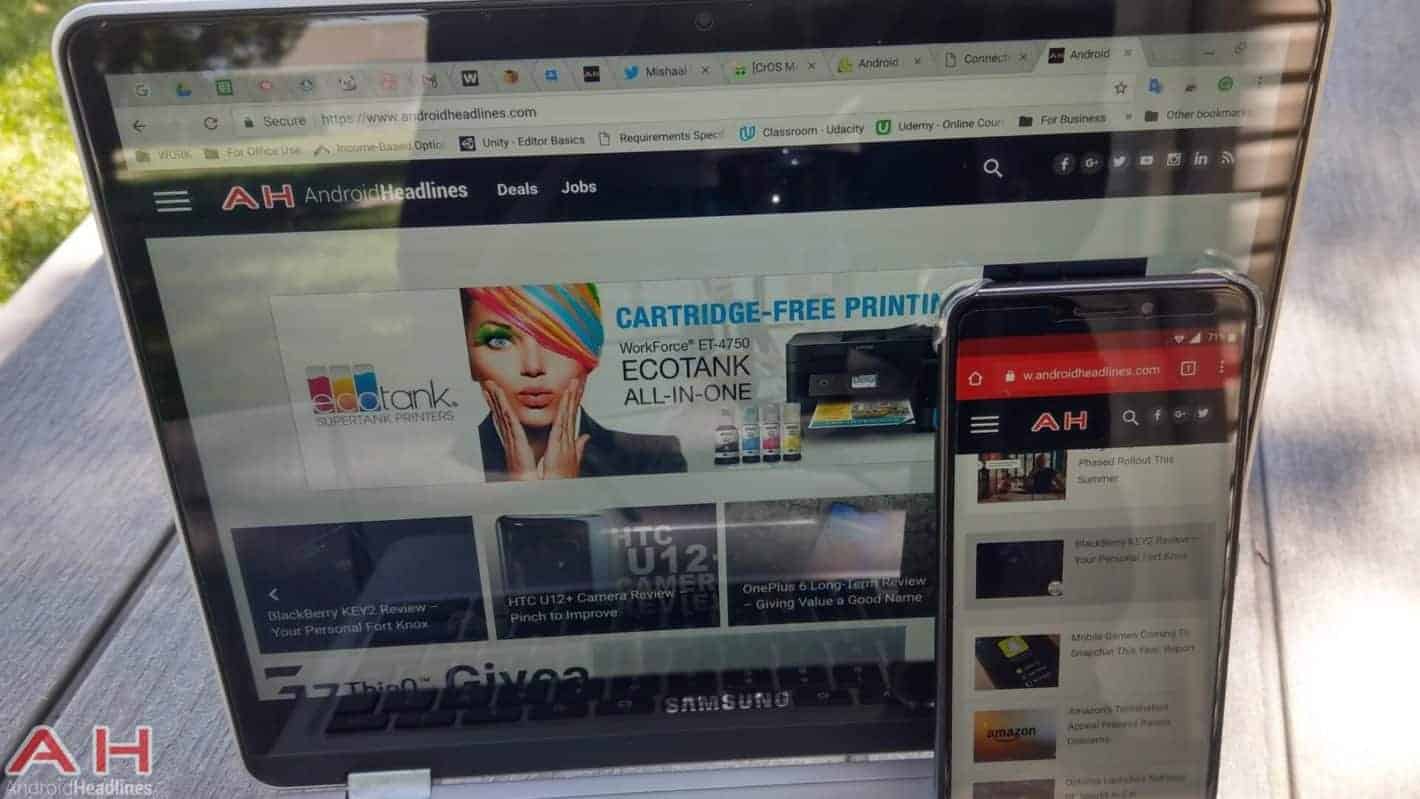 In short: Google appears to be working on a new feature for the Android version of its Chrome Browser that would allow users to more easily push an open website or tab to another computer or device, based on a recent commit spotted by XDA Developers. The commit in question is listed as a 'work in progress'. That effectively means that it hasn't been pushed to any version of the application just yet. However, the associated code implicates a new "Send tab to self" feature that lets Android users "post" a tab from an Android device that can then be opened in another synced computer. What's more, the code notes that the feature will be added to Chrome's hidden flags menu under an option set to be labeled "enable-send-tab-to-self."

Background: There aren't many other details about what exactly the new feature will accomplish but, on the surface, it appears to enable a manual syncing feature between two devices running an instance of Chrome. That wouldn't be an entirely new feature for the mobile OS or for Chrome. In fact, Google has previously introduced similar standalone features in the past for moving content from desktop Chrome to the mobile browser and the current iteration of the browser on all platforms does allow for continuity between various devices. Users simply need to be signed in and navigate to the Sync subheading of the Chrome Settings menu. Bearing that in mind, the current embodiment of cross-device Chrome page sharing can be finicky, often require several minutes and even attempts to push the sync through manually by toggling the setting off and on again. While that isn't necessarily a dealbreaker and doesn't render cross-device use unmanageable, it can be frustrating since in some circumstances it does disrupt workflow. In the meantime, other Android applications have picked up Google's slack in that regard.

Impact: Overall, the new feature appears to be an attempt by Google to rectify that situation with a quicker and more reliable mechanism that centers around whether or not a user is signed in. However, it's not immediately clear whether this will be a manually-activated, single tab feature or more of a replacement that will keep selected pages or all tabs synced all of the time between devices. There could also be other changes made to either the scope of the feature or its general purpose in the leadup to its addition to the experimental flags menu or its final launch.