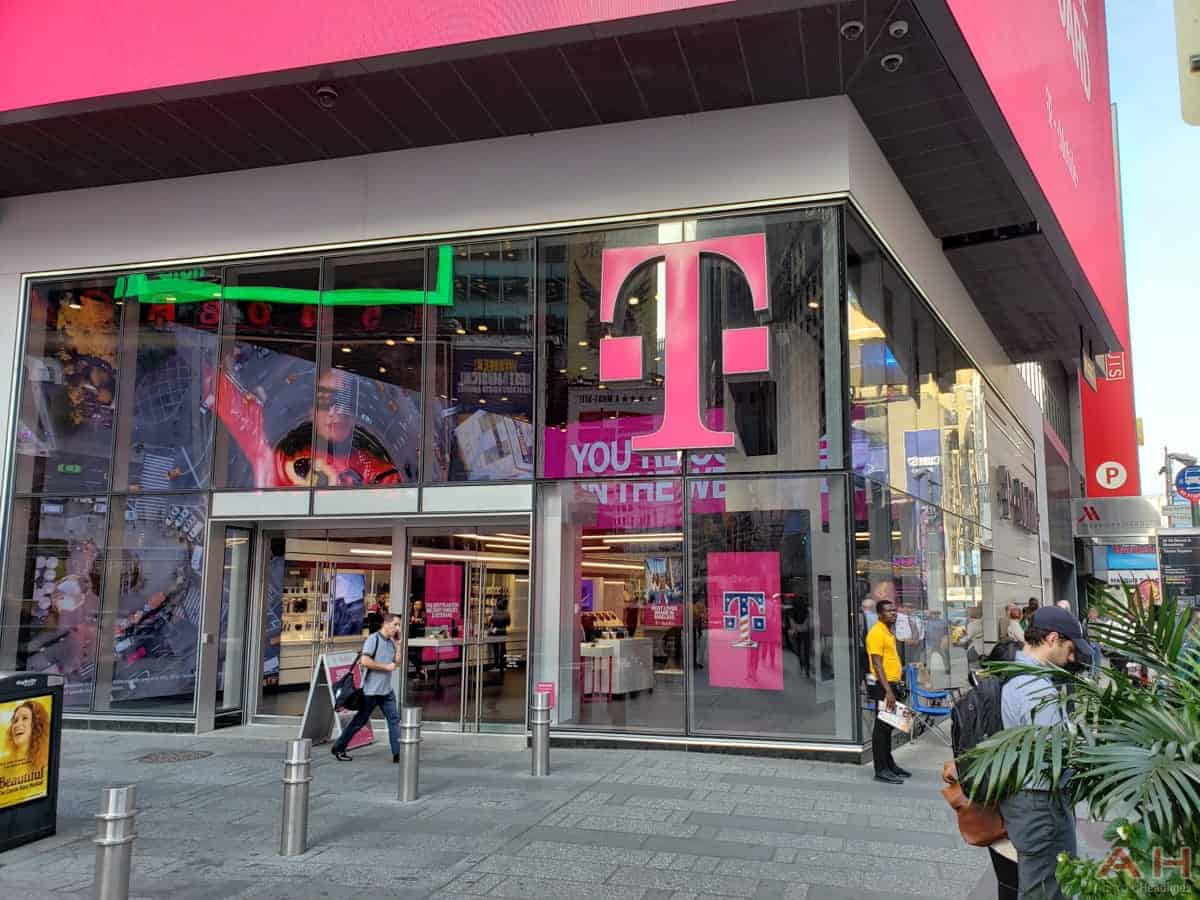 In short: T-Mobile is offering a new round of trade-in deals for Samsung and LG smartphones, beginning this Friday. Allowing customers to trade-in their current smartphone and get a new smartphone like the Galaxy S8, Galaxy S9, LG G7 ThinQ and others, and get it for as low as $10 per month. Or as low as $40 per month when you include unlimited data via T-Mobile Essentials. This makes it a really good time to pick up a new smartphone from T-Mobile, especially if you are looking for a good flagship device, for a low price. As low as $10 per month means that you are paying only $360 for the phone, over the course of three full years. That is because this is taking advantage of T-Mobile's new 36-month payment plan. So instead of only doing two full years to pay for a phone, you can now do three, if you are a qualified buyer.

Now to really take advantage of this deal, and get something for as low as $10 per month, you'll need a combination of a newer smartphone to trade in, and an older smartphone to purchase. So trading in something like the Galaxy S8 for the LG G7 ThinQ would likely net you that low price. T-Mobile doesn't tell you what scenarios would get you the lowest price, but generally, the newer the phone, the more you'll get for it. And of course, older smartphones are generally cheaper to buy anyways. The Galaxy S8 now is under $500 full retail, which is a great price for this smartphone, to be honest. Of course, the trade-in value is going to be handed out to you over the course of 36 months, via bill credits. So if you want to get the full value for your trade-in, you're going to have to stick with T-Mobile for at least three years. Otherwise, you are going to have to forfeit the remaining bill credits and pay the remaining due on that device.

Background: Carriers often times do promotions for trading in devices, and this is because it is able to sell you a new device while taking in your old one and selling it as a refurbished one to someone else. Not only does it mean that the carrier would have more devices to sell, but it also gets more new smartphones sold. And with smartphones crossing into the four digits range, it's becoming tougher and tougher for carriers to sell as many smartphones as they used to in the past. So doing deals like this help carriers like T-Mobile really push more phones out the door. It also makes the customer happy, as they don't have to worry about selling their phone on Swappa, eBay, Craigslist or something like that. Just hand it over to T-Mobile and you'll get your credit for that phone in no time.

T-Mobile did announce that it was beginning a new 36-month payment plan for some smartphones, earlier this week. It now appears that T-Mobile is using it for more smartphones as it is part of this promotion. So the $10 per month models are actually for 36 months, which does make your bill much lower than something like the Galaxy Note 9 which is $30 per month, but it also means that you are going to be paying for it for three years. Keep in mind, that you can pay it off early and you will then own the phone. Thus allowing you to do whatever you want with it, including selling it. This is actually a smart thing for T-Mobile to do. As many customers are keeping their phones well beyond the two year standard these days, and into three and four years. This is partly because smartphones are getting more expensive, but also because smartphones are lasting longer, and upgrades aren't as big of an upgrade as they used to be. So T-Mobile is taking advantage of that and instead of charging customers a ton every month, the price is now lowered with a longer term for paying off the phone. Not everyone is going to like it, but you do at least have the option to pay off the phone early.

Impact: These new promotions start on Friday, October 19. Starting Friday, you'll be able to bring your eligible trade-in to T-Mobile – which can be done in-store or online (if you're doing online, you'll need to ship it to T-Mobile and it may take longer) – and then pick up your new device. T-Mobile will let you know how much it is worth, and the bill credits should start applying to your bill within one to two billing cycles. Unfortunately, these things do take a couple of billing cycles to actually apply to your bill, and it's not an instant thing. So instead of your credits being split over 36 months, it'll be closer to 34 or 35 instead.

T-Mobile is touting that you can use any of its unlimited plans with this deal. So whether you are looking for something cheap like T-Mobile Essentials, or something with all of the bells and whistles like T-Mobile ONE Plus, it will all work with this deal. Now, T-Mobile is touting the Essentials plan with this promotion because it is the cheapest, and it's only $30 per month for four lines. And combining that with the $10 per month fee for your new smartphone, brings it to $40 per month, which is pretty low for a smartphone with unlimited data in 2018. But you can use it with T-Mobile ONE Plus, T-Mobile 55+ if you're older, or T-Mobile's Military plan if you or a family member are a member of the active duty military or a veteran. These are all great plans from T-Mobile that all serve different customers. From the customer that only needs unlimited data and nothing else, to those that prefer the extras that T-Mobile provide (like GoGo inflight internet, free international roaming, free Netflix and more), to those that are in the military or over 55 years of age. You can find out more about this promotion from T-Mobile at the link down below. Keep in mind that it doesn't start until this Friday.

Advertisement
T-Mobile's Trade-In Promotion
Advertisement
Trusted By Millions
Independent, Expert Android News You Can Trust, Since 2010
Publishing More Android Than Anyone Else
37
Today
76
This Week
357
This Month
4340
This Year
105817
All Time
Advertisement