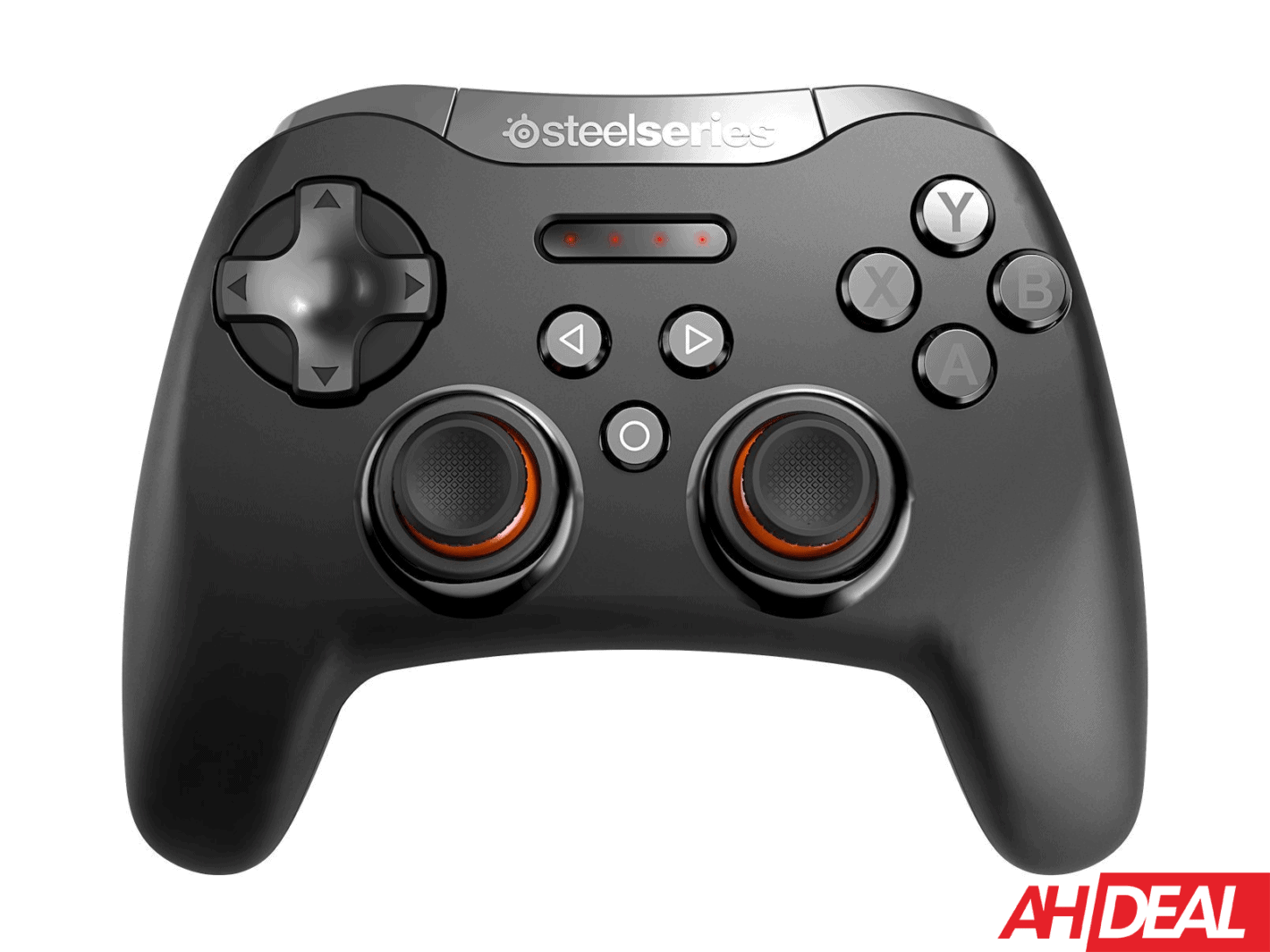 Amazon is selling the SteelSeries Stratus XL game controller right now for just $28.95. That is actually down from its normal price of around $59.99. That is a great price for a controller in the first place, but one that works on multiple platforms makes it an even bigger deal. This also brings the SteelSeries Stratus XL down to its lowest all-time price. Making it a fantastic time to pick one up. This is also not one of those "cheapo" controllers that's going to break pretty easily. Just take a look at the over 800 reviews of the Stratus XL, with an average of 4.5 out of 5 stars.

The SteelSeries Stratus XL is compatible with many different platforms, this includes Android (supports Android 3.1 and later, so it supports nearly everything), iOS, Windows 7 and later, Samsung Gear VR, HTC Vive, Oculus and so much more. Of course, this is going to work better with stuff that actually supports a controller. This also works really well with the Big Picture mode that Steam has on its platform, so you can really play some pretty sweet games on the big screen using this controller. It will also work with the NVIDIA SHIELD TV so you can play games like Asphalt 9: Legends. It's a pretty fun game to play in the first place, but with a controller, it makes it much easier. Of course, the NVIDIA SHIELD TV does come with a controller, but if you opted not to get the version with a controller, the SHIELD TV controller is still around $50. And at under $30, this is a much better deal. SteelSeries has included home and back buttons, so if you are using this with an Android smartphone, you can easily go back and home in the interface of your smartphone or tablet.

SteelSeries offers a ton of customization with the Stratus XL, so you can set up the controller how you like for different games, which is also pretty important. From the directional pad, to the joy sticks, and everything in between. SteelSeries has also included some LED lights so you'll know when the battery is getting close to dying. The Stratus XL runs on two AA batteries, and SteelSeries touts that you can get around 40 hours of gameplay out of those two batteries. Of course, that is going to depend on how you use the controller.

Buy the SteelSeries Stratus XL
Advertisement
Trusted By Millions
Independent, Expert Android News You Can Trust, Since 2010
Publishing More Android Than Anyone Else
0
Today
186
This Week
106
This Month
4093
This Year
105570
All Time
Advertisement