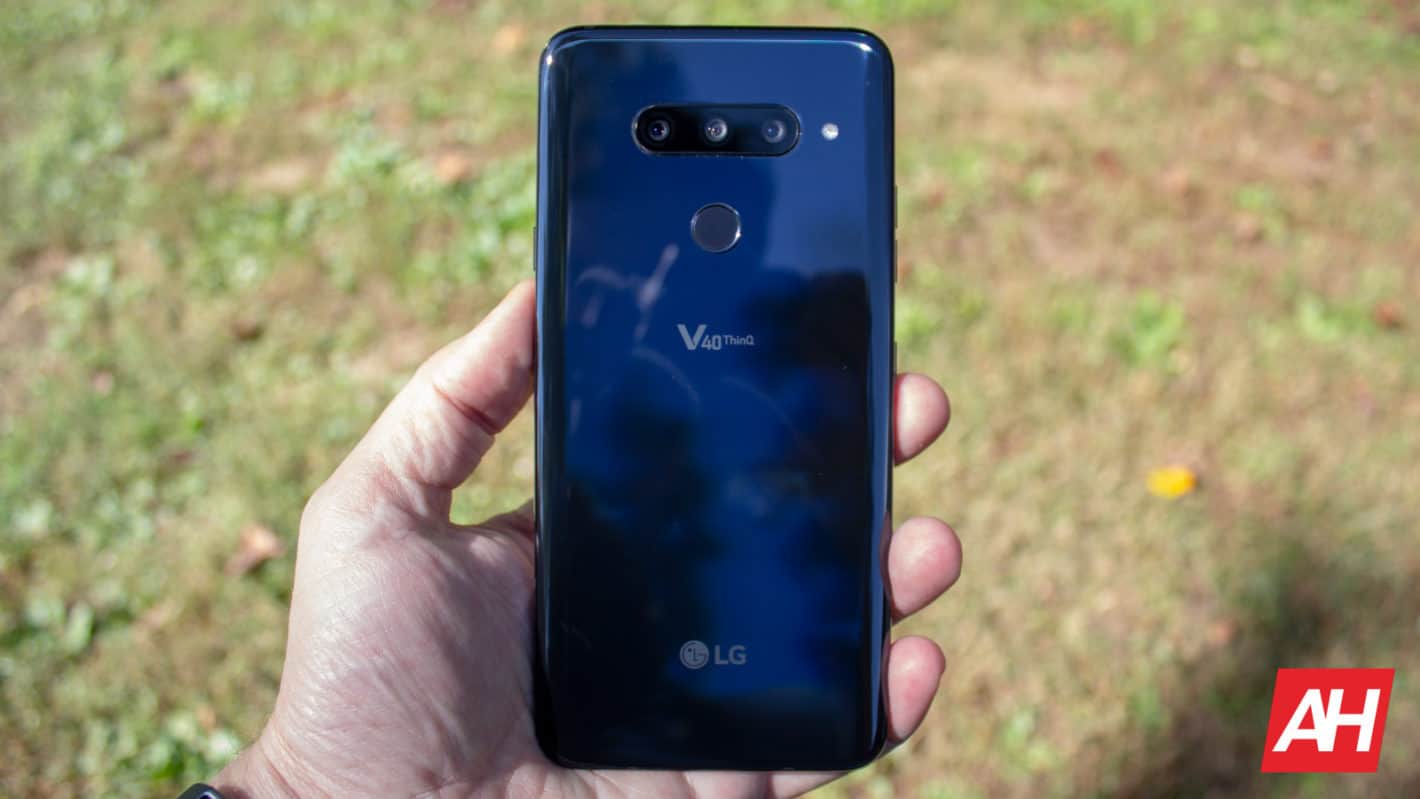 Sprint has launched a flash sale for the LG V40 ThinQ, which just went on sale about a week ago. The LG V40 ThinQ can now be picked up for just $10 per month on Sprint's Flex Lease. This means that you are going to be paying just $240 (when all is said and done) for the LG V40 ThinQ. Considering this smartphone is priced at over $900 elsewhere, that is one heck of a steal. Now the caveat here is that you do need to buy it on Sprint's Flex Lease, but after those 24 months are up, you own the device. So if you were looking to get the LG V40 ThinQ or another flagship, this is going to be a very good option to pick up.

The LG V40 ThinQ is a great smartphone from the company, sporting five cameras and all of the latest high-end specs. It has a 6.4-inch OLED display, powered by Qualcomm's Snapdragon 845 chipset, with 6GB of RAM, 64GB of storage on-board (there is also a micro SD card slot included for expanding storage) and a 3300mAh capacity battery. But the real star of the show for the V40 ThinQ is the cameras. On the front, LG has a wide-angle and a main sensor, while the back sports both of those, and adds in a telephoto lens. This is going to allow you to go from a very wide shot to zooming in quite nicely without losing any quality in the photo, which typically happens when you zoom in using software, into images and such. Which makes this a really great phone for those that do want to use it for making YouTube videos or even for vlogging. The 3300mAh capacity battery here is a bit lower than the Galaxy Note 9 (actually quite a bit lower) but it does still get around the same battery life as the Galaxy Note 9, which is a bit impressive to say the least.

This offer for the LG V40 ThinQ is only available for a limited time. So if you are interested in picking up the LG V40 ThinQ from Sprint, you are going to want to do it right away. Remember that you do need to purchase it through Sprint's Flex Lease option. Unfortunately you can't buy it outright at $240 right now. Once the lease is paid off (in 24 months) you will own the phone outright and you can do whatever you want with the phone afterwards. Sprint will bring the price down to $10 per month via monthly bill credits. So if you decide to leave Sprint before the 24 months is up, you will owe what is remaining, and that is from the original $960 price tag. So that means you'll lose out on the $720 in savings you are getting with this deal. Sprint is offering this to both new and existing customers, so you can take advantage of this deal, even if you are part of Sprint's family already. Finally, this sale is good now through November 1, so you'll want to grab it before it's over.

Advertisement
Buy LG V40 ThinQ (Sprint)
Trusted By Millions
Independent, Expert Android News You Can Trust, Since 2010
Publishing More Android Than Anyone Else
1
Today
160
This Week
492
This Month
3004
This Year
104483
All Time
Advertisement