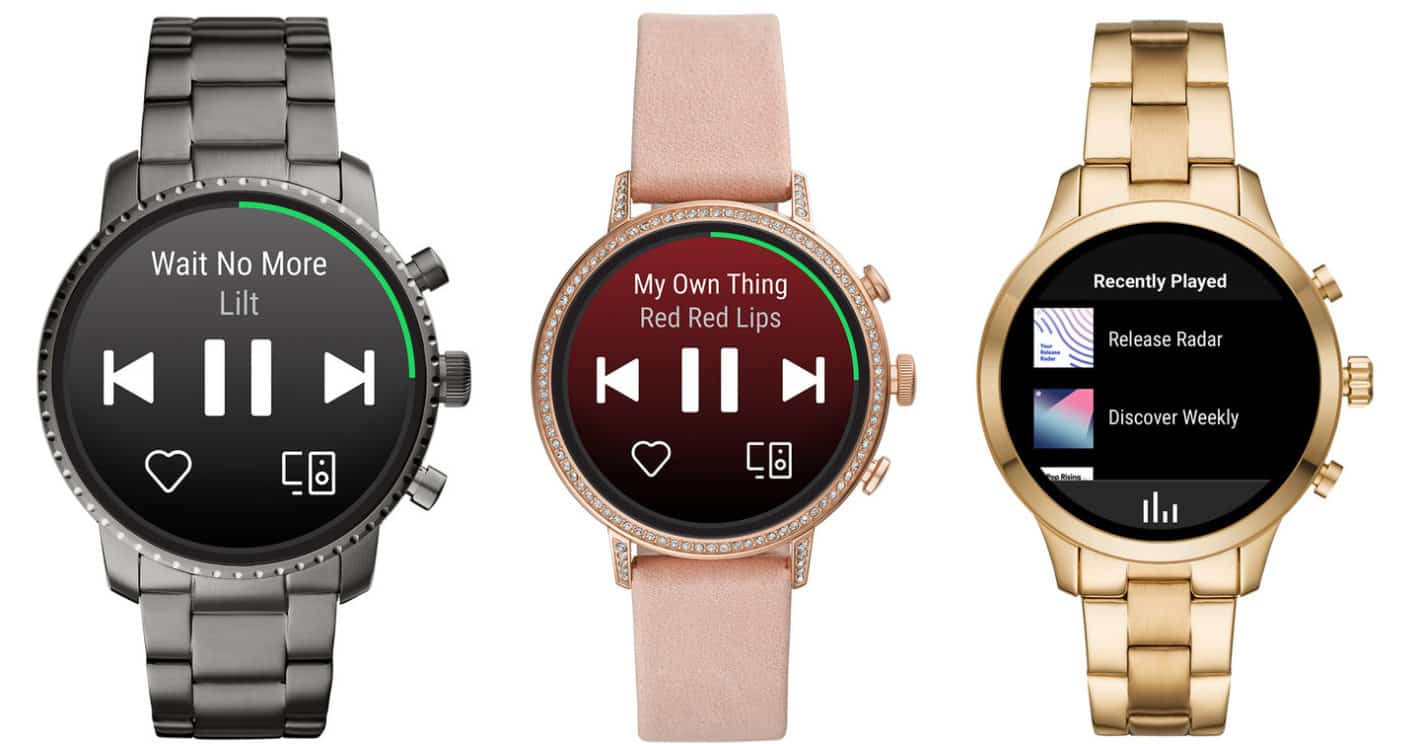 Music streaming platform Spotify has announced its new standalone application for Wear OS smartwatches. It should be noted that Spotify already released an application for wearables running Android Wear, although the latest version of the brings several new useful features. For example, the application now allows people to control the music they are listening to directly on their smartwatches' display. Within the app, users may play, pause, and skip music tracks, and they may also rewind the podcasts by 15 seconds to catch the details and conversations they missed. The app's user interface shows the song title and the name of the artist, and located on the lower left corner of the watch screen is a heart icon. Tapping this button will automatically add the music that is currently playing to the user's collection.

Furthermore, the application allows users to connect the smartwatch with speakers or other home devices using the Spotify Connect feature. With this functionality, people may select their preferred listening device after tapping the Spotify Connect button, which is located on the bottom right corner of the watch screen. Spotify subscribers may also use the app to remotely control the music that is currently playing on the selected listening device. People may also access their recently played music directly on their smartwatches using the Wear OS app of Spotify. Aside from songs, this section of the app also lists down the playlists that the person recently listened.

Spotify also announced that it partnered with the smartwatch maker Fossil Group to bring its service to more users. As a result of this deal, the Spotify app will now come pre-installed on Fossil Gen 4 and Michael Kors Access Runway wearables. Meanwhile, other users will receive the new Spotify app on Wear OS through the Google Play Store. Aside from its Wear OS application, Spotify also introduced a number of useful features to its Android application. These features include the ability to rearrange songs in a playlist and a more personalized listening experience to the users of Spotify's free tier. The new listening experience for users of the service's free tier includes playlists curated based on the music people like to listen.