In Short: Samsung’s upcoming flagship processor, the Snapdragon 8150, which was previously expected to be called the Snapdragon 855, just got certified by the Bluetooth SIG. The certification confirms that the chip will support Wi-Fi 802.11 a/b/g/n/ac 2×2 MIMO, while support for Bluetooth 5.0 Low Energy (LE) will also be included, as expected. If you take a look at the certification itself, you’ll notice that ‘WCN3998-0’ is listed under the ‘Design Name’, and that is the company latest wireless chip which was announced back in February. WCN3998-0 supports next-gen Wi-Fi 802.11ax standard. This chip also consumes up to 67-percent less power, supports WPA3 security protocol, and also Bluetooth 5.1. That is pretty much everything that this listing reveals, though some info about this processor leaked recently.

Background: The Snapdragon 8150, if the company ends up calling it that, will be made using a 7nm manufacturing process, and will be manufactured by TSMC. Most OEMs will probably pair up this chip with the Snapdragon X50 5G modem, as 5G is expected to debut in smartphones next year. The prototype of the Snapdragon 8150 managed to score 3,697 points in a single-core test on Geekbench, while it hit 10,469 points in the multi-core benchmark. Samsung’s upcoming Galaxy S10 series will probably be amongst the first to ship with the Snapdragon 8150 in Q1 next year, while the company is expected to make this processor official by the end of the year. 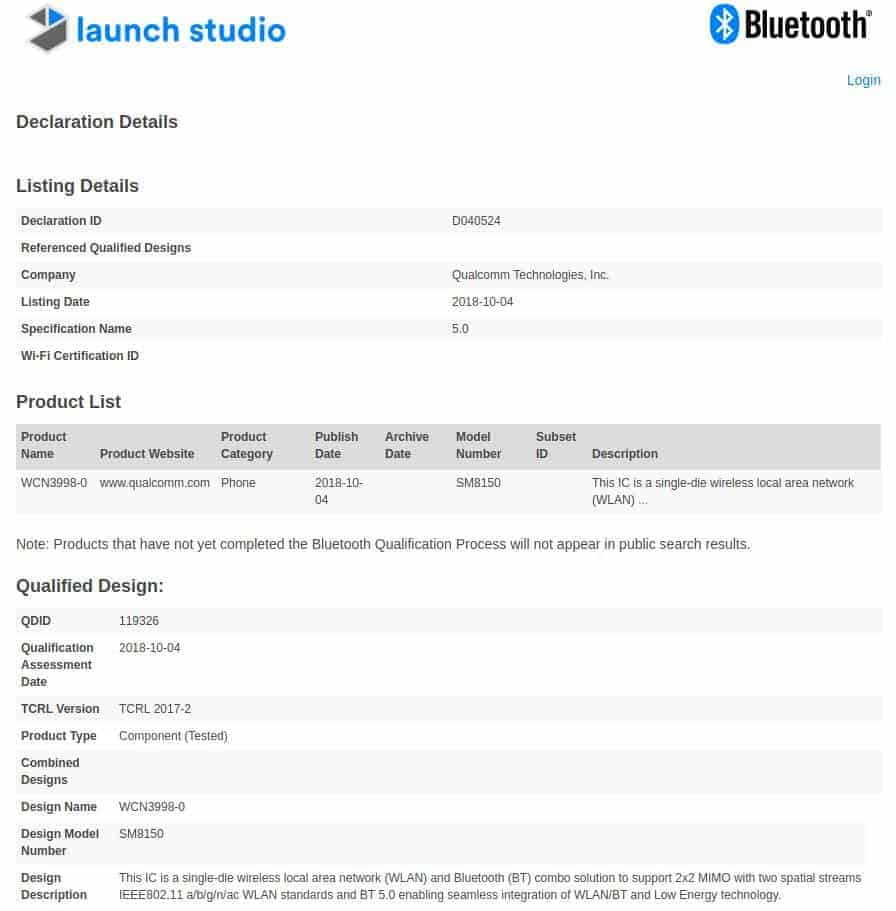