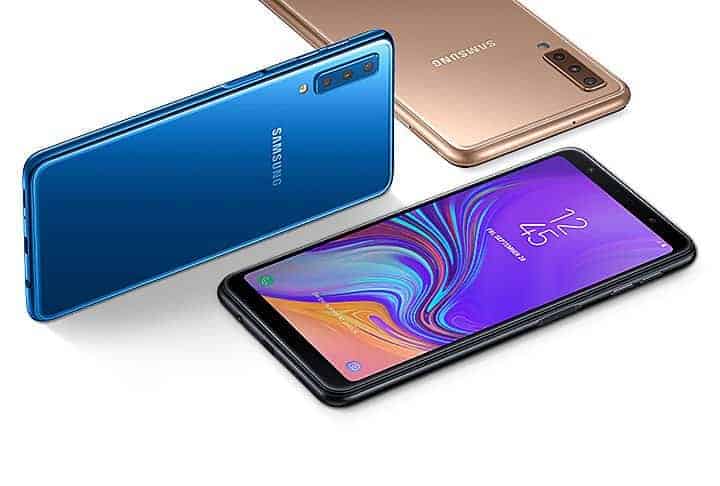 Samsung is reportedly working on a Snapdragon 710-powered smartphone which will launch in January. This info has been released via Twitter, and it claims that the phone's model number is 'SM-G8870', needless to say, this will be a mid-range smartphone, and according to the source, a member of the company's Galaxy A series of phones. This will also become the first Galaxy-branded smartphone to ship with the Snapdragon 710 SoC, one of Qualcomm's newest and most powerful mid-range processors. The source also mentions that the device will sport a display with a 19.5:9 aspect ratio, and that it will be an AMOLED panel. A 3,000mAh battery has also been mentioned by the source, and interestingly enough, the phone will ship with three cameras on the back, just like the Galaxy A7 (2018) which was announced at the end of last month. Having said that, the source claims that these specs may not be entirely accurate, but that it will share an update really soon.

Background: The Samsung Galaxy A7 (2018), which arrived last month, is fueled by the Exynos 7885 64-bit octa-core SoC, which is Samsung's very own chip. Well, this upcoming phone is actually expected to sport the Snapdragon 710, which has the upper hand over the Exynos 7885, at least on paper, though we're still not sure what will this phone's name be. One thing is for sure, it will become one of the company's most powerful mid-range smartphones, and will join the likes of the Galaxy A7 (2018) and Galaxy A9 (2018) which were introduced quite recently, those two phones actually come with three and four cameras on the back, respectively, which managed to surprise quite a few people.

Impact: It seems like Samsung is experimenting with three and four cameras on its mid-range smartphones, quite probably to see if its worth bringing that many cameras to its flagship lineups, the Galaxy S and Galaxy Note series phones. Truth be said, cameras on the Galaxy A7 (2018) and Galaxy A9 (2018) are nowhere near the standard that Samsung is looking to set on its premium devices, but it will at least give the company a good idea as to how those cameras worth together, and if there's any point figuring out how to fit them all in a flagship phone which needs to be quite thin. This upcoming smartphone may be named the Galaxy A8 (2018), though truth be said that wouldn't make all that much sense considering that the Galaxy A9 (2018) is fueled by the Snapdragon 660, which is inferior to the Snapdragon 710 that is supposed to fuel the upcoming device. On the other hand, the upcoming phone is expected to sport three cameras on the back compared to the Galaxy A9 (2018)'s four rear-facing units, so… who knows what Samsung is planning. It is possible that the device will carry the Galaxy A8 (2018) name, on the other hand, Samsung may utilize one of its Galaxy A9 sub-brands, and simply add a word after the 'Galaxy A9' branding. Details are quite scarce when it comes to this new phone at the moment, but if the source is to be believed, more info will come to light really soon, so stay tuned for that.