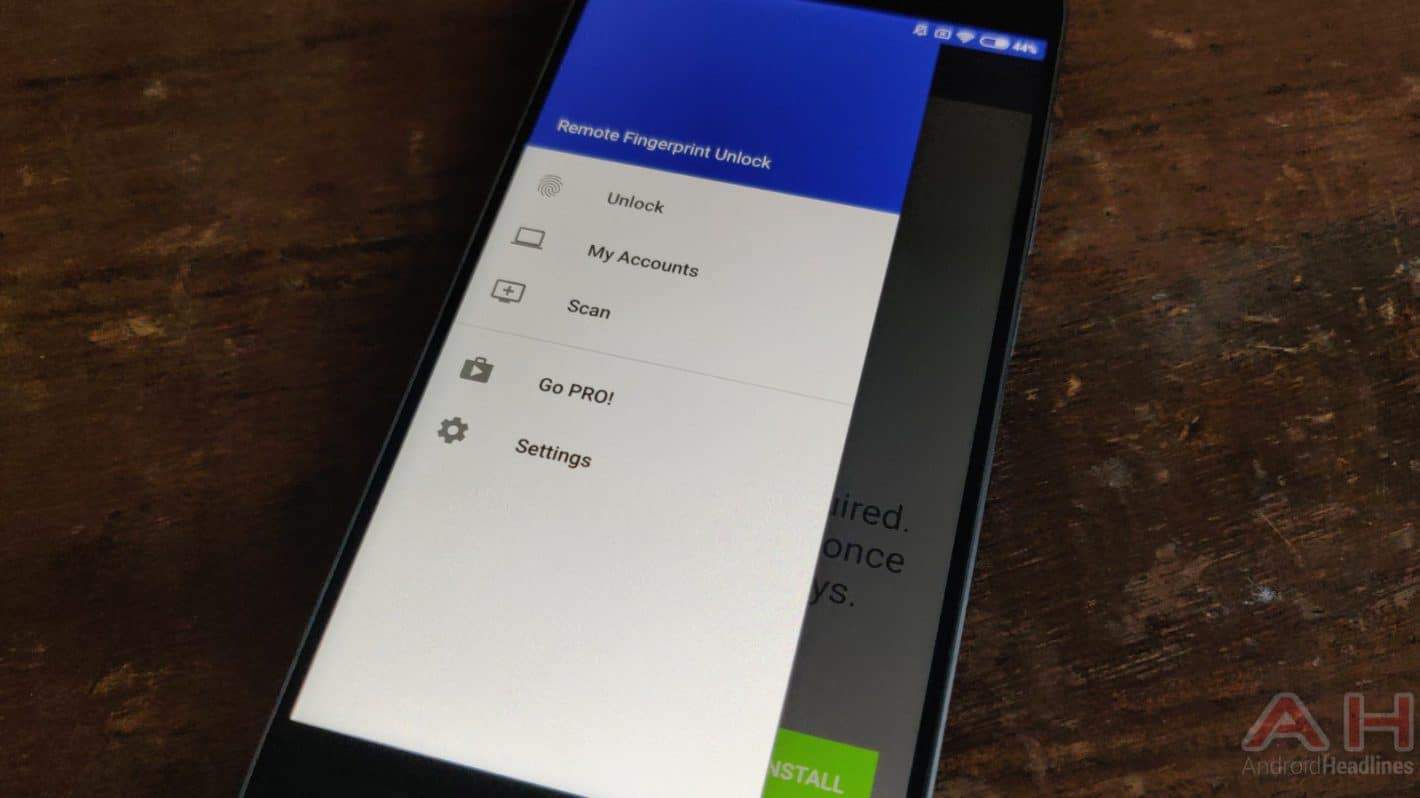 In Short: Remote Fingerprint Unlock application is one of the newer apps in the Google Play Store. This application has been rated only 22 times thus far, and after those ratings, it's holding a 4.7-star rating. The app has been downloaded less than 1,000 times, and it's still in version 1.0. This app can provide you an additional level of security for your Windows PC, as, when set up, you will need to use the phone's fingerprint scanner in order to get access to your computer, so nobody will be able to access it until you allow it, without the need of using a password. You do need to install the Windows module on your PC before you can use this app, though. After you do that, go to the Scan menu (while on the logon screen), and pull to refresh or press the refresh button. Once you do that, select your computer, and save everything. Then you need to navigate to the Accounts menu and add an account. Following that, you'll need to enter the Windows account that you want to unlock, scan your fingerprint, and tap the 'Add' button. This app also supports Dark UI, and if you need more instructions on how to get it working, go to the app's listing on the Play Store, a link is included down below. It is worth saying that this app is free, but a 'Pro' mode is also available, and it lets you remove ads, supports multiple computers, and so on.

Background: This is the first such app that we've stumbled upon, and if you're a Windows user, and you like the idea, the setup process is not all that difficult. The developer said that it's planning some new features for future updates, such as Linux support, locking your PC using the app, being notified when one of your computers wakes up, Bluetooth support, and timed unlock. If you do stumble upon issues while setting up the app, this application's Google Play Store listing contains some explanations, and ways around any issues.

Impact: This application may give you some piece of mind, even though a regular password set up within Windows can do the same thing. That being said, once you set this up, you no longer have to type in your password whenever you want to log into your account on Windows, so… it's up to you.