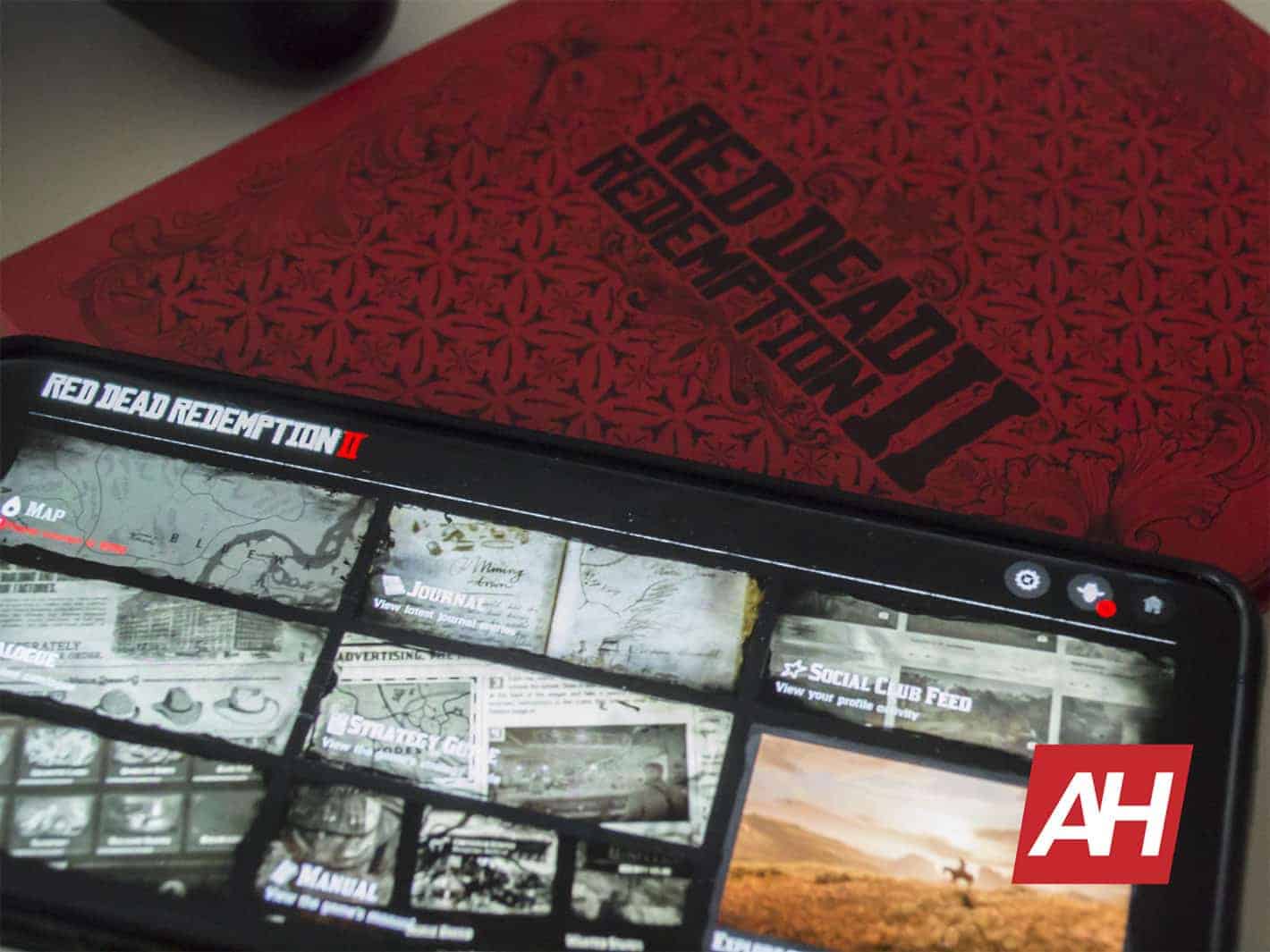 Simultaneously with the release of the most anticipated game of the year, Rockstar on Friday launched a mobile companion app for Red Dead Redemption 2, signaling it's looking to revive the trend of AAA titles featuring support for secondary screens. Simply called RDR2: Companion, the mobile app is now available for download on Android and iOS devices free of charge. The game itself can be played on PlayStation 4 and Xbox One consoles, and while it already amassed a broad range of perfect scores and is widely lauded as a timeless masterpiece and a lesson in open-world-game design, its companion app is a bit rough around the edges.

Much like its name implies, RDR2: Companion is meant to extend the experience of Red Dead Redemption 2 to one's smartphone or tablet by providing players with at-glance information on their character stats, general progression, and the latest story developments noted in the journal of Arthur Morgan, the game's protagonist. The same journal is also available from the game itself, though having it within palm's reach at all times can certainly help you immerse yourself in RDR2's world while commuting back home on a Friday night, with your copy of the game already waiting for you.

A digital copy of the RDR2 user manual can be downloaded from the app which requires you to link it with your Rockstar Social Club account for obvious reasons. Those who just download the tool without logging in will have access to limited information and basically look at a giant advertisement for the game. Things start falling apart a bit once you realize many of the options take you outside of RDR2: Companion by launching your default mobile browser with no warning, with the vanilla version of the Android app suffering from a bug that launches the browser in portrait mode even with screen orientation being unlocked, which is particularly annoying as the app can only be used in landscape mode.

Getting the app to actually recognize your Rockstar account is linked to a copy of RDR2 is also an inconsistent experience and may require several refreshes, testing performed by AndroidHeadlines revealed. Once everything is properly set up, the main idea is to have the companion app provide you with a real-time map of your surroundings, your character stats and other crucial information such as ammunition counts. Optionally, you can even turn off all HUD elements from the game and solely rely on the companion app, which sounds better in theory than practice as trying to go that route will soon see you encounter the issue of where to keep your handset or tablet while you're playing. Information synchronization is also a bit spotty at times, though such performance issues are likely to be polished with future updates.

Rockstar is also using RDR2: Companion as a vehicle for promoting its official Red Dead Redemption 2 Strategy Guide, priced at $9.99. Not even the Ultimate Edition of the game ships with the guide, as is customary for the studio's releases. Anyone looking to download the app before starting the game itself should note that there are some minor spoilers in Arthur's journal whose first set of entries is available even without linking the service to one's Rockstar Social Club. The spoilers mostly pertain to the backstory which is gradually revealed throughout the game itself, so someone might not even classify them as such.

Background: Rockstar first dabbled in mobile companion apps with Grand Theft Auto V that launched alongside Grand Theft Auto: iFruit, a collection of mini-games and an extension of the main game that was an obvious parody of Apple products but was met with a mixed response quality-wise. Compared to the 2013 hit, RDR2: Companion launched on Android and iOS simultaneously instead of being 40 days late to the former. From a mechanical perspective, the new companion app is actually a step back and features a much more straightforward design, with all interactivity being limited to map and menu browsing.

Mobile companion apps historically did very little to attract praise; while back in the early days of smartphones everyone believed they're the next logical staple of AAA games, only Ubisoft and Sony ended up innovating in the segment, particularly with the first Watch Dogs title and PlayLink, a PlayStation experience that turns smartphones and tablets into console controllers for select party games. The market had a lukewarm response to such entertainment formats, prompting them to disappear almost as soon as they emerged. Rockstar's iFruit was kind of its own thing, though limited in terms of both style and function, with most GTAV players dropping the app after a while. While GTAV remains one of the most played games even today (well, GTA Online does), iFruit has long since faded into irrelevancy.

Impact: One of the main criticism of iFruit for GTAV was that the service was essentially a glorified collection of browser links and the same comments may also end up being aimed at RDR2: Companion. While the idea of a fully immersive, HUD-free experience sounds good in theory, having to constantly glance at your phone or tablet isn't a particularly enjoyable endeavor, especially seeing how Red Dead Redemption 2 was quite obviously designed with some sort of a UI in mind. Its companion app for Android and iOS devices hence seems more like an afterthought, though it's still a vast and useful knowledge base for anyone looking to get more immersed into the overall experience.

Given how most critics agree Rockstar crafted one of the greatest video games of all time, Red Dead Redemption 2 may truly deserve that little bit of extra effort that will go into setting up its companion app as some players may end up enjoying this two-screen experience. Still, it's hard to see RDR2: Companion maintain any semblance of a momentum over the next year, especially given how the current version of the app doesn't provide any hints of potential multiplayer functionalities further down the road.