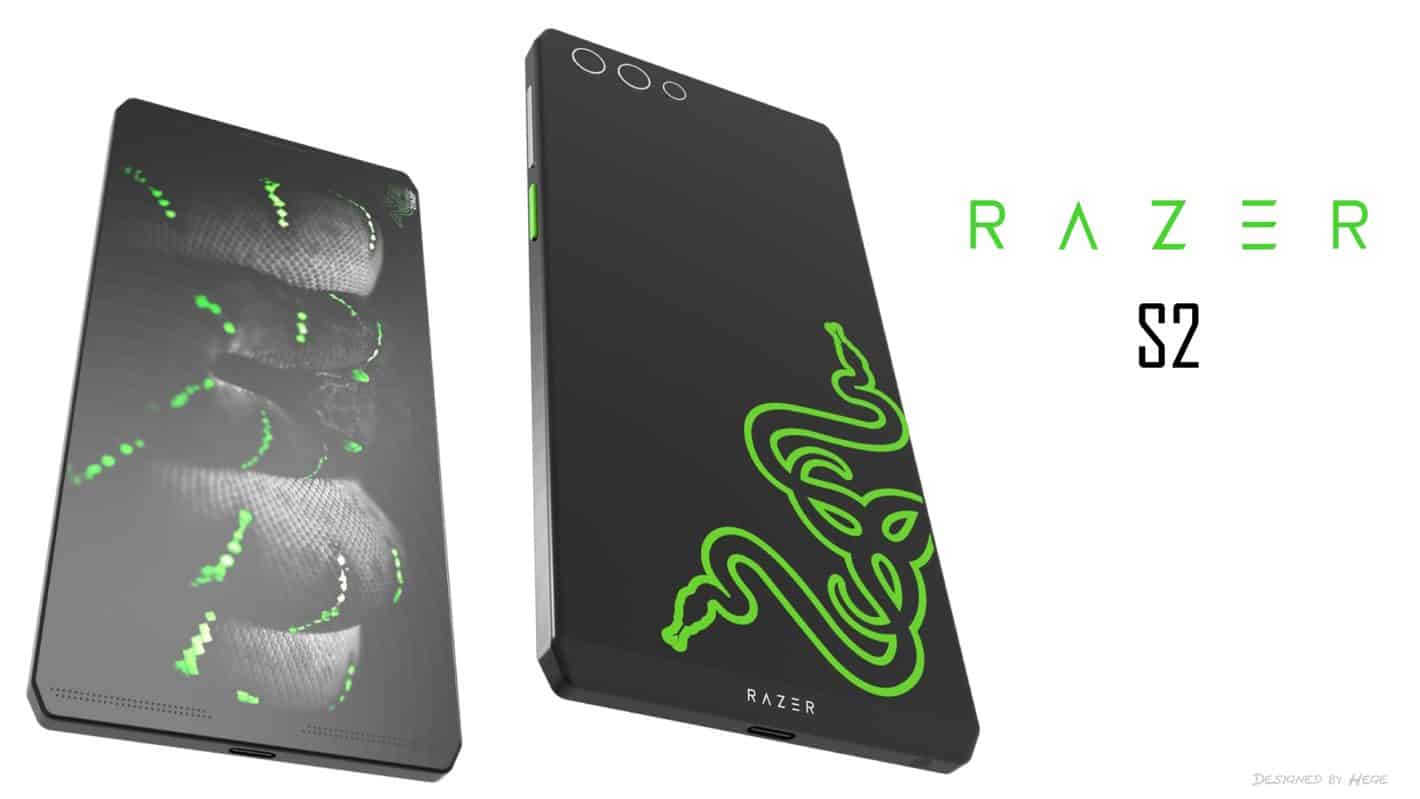 In Short: The Razer Phone 2's arrival is right around the corner, and while we're waiting for it to be announced, Designed by Hege website has just released another concept (in two variants), this time around, it's called the Razer Phone 2S. Both a YouTube video and a number of images have been released to showcase the Razer Phone 2S. Do keep in mind that the source released two slightly different designs of the Razer Phone 2S, and both of them are considerably different than what the Razer Phone had to offer, and also look quite different than the upcoming Razer Phone 2. These two phones have a different design, with sharp edges, and considerably thinner bezels above and below the display. Dual front-facing speakers are included here, though they sport a different design here, and the two variants actually come with different speaker holes, and also a different orientation of triple cameras on the back, as you can see in the gallery and provided YouTube video. The Razer Phone 2S devices are made out of metal, while a huge Razer logo is included on the back of both phones. On one of these two phones, an audio jack is placed on the top, and on the other, on the bottom. Both phones feature two cameras on the front, while the designer envisioned a 4,500mAh battery for both phones, and a 6-inch Super AMOLED display.

Background: The Razer Phone was announced back in November last year, while the Razer Phone 2 is expected to arrive later this week. The Razer Phone 2 will come with upgraded specifications, but it will look extremely similar to its predecessor. That means that we're looking at rather noticeable bezels above and below the display, paired with front-facing stereo speakers. This is not all that surprising, however, as the Razer Phone 2 will primarily be a gaming smartphone, so those bezels do make sense. The phone will probably feature liquid cooling, while it will ship with the Snapdragon 845 64-bit octa-core SoC, and 8GB of RAM, at least according to rumors and leaks.