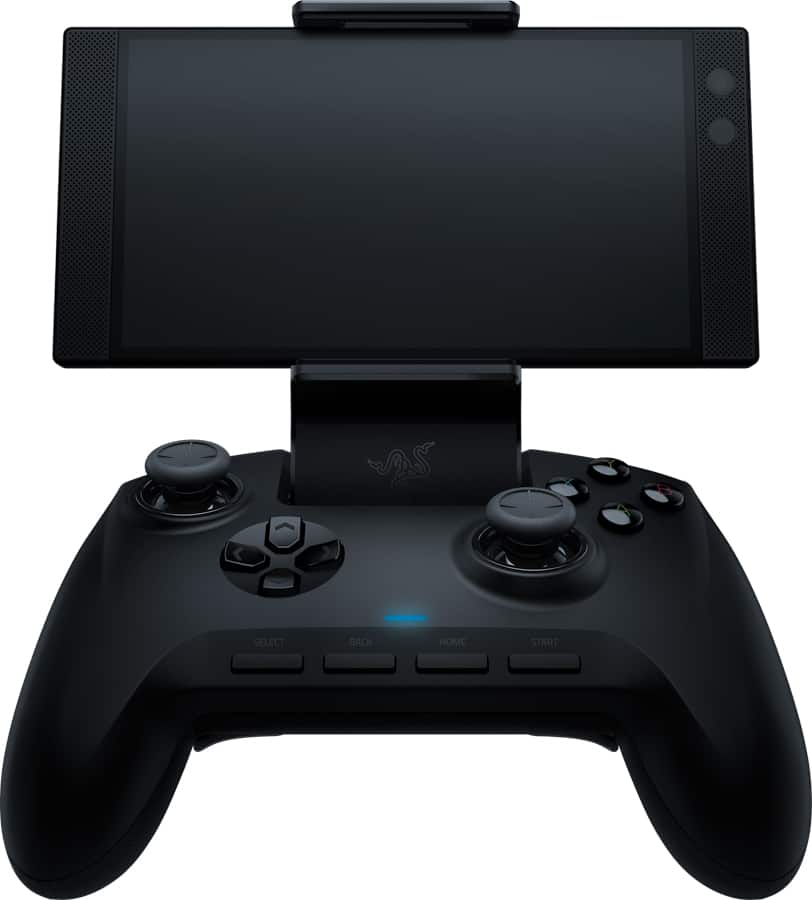 In short: Razer has just announced the Raiju Mobile, which is a new gaming controller that will work with the Razer Phone 2, as well as other flagship Android smartphones. This gaming controller features four remappable multi-function buttons, as well as the Mecha-Tactile action buttons. There is also a hair trigger mode and an adjustable phone mount, which can be tilted up to around 60-degrees, to get the perfect angle for playing different games on your smartphone. This is going to allow the gaming controller to hold pretty much any smartphone. The Raiju Mobile does support all of the biggest titles in mobile gaming, that includes Vainglory, Lineage 2, Dead Trigger 2, and Gear Club, to name a few.

Background: Seeing as Razer is a company full of gamers making gaming products for gamers, it was only a matter of time before Razer created a game controller for mobile devices. The Raiju Mobile is the first game controller from Razer, and it does resemble a number of other game controllers out there. The fact that Razer is making this controller work with all flagship Android smartphones and not just the Razer Phone 2 is also a pretty big deal. The Raiju Mobile is going to be great for those serious mobile gamers that play a lot of first-person shooters or even racing games, where a controller would allow for a much better experience.

Impact: Razer touts that the Raiju Mobile will last around 23 hours on a single charge, so you can definitely game with this controller for quite some time before needing to recharge it. Razer does have a mobile app available for the Raiju Mobile so you can find games that work with this gaming controller and use it with your smartphone. It requires Android 6.0 or later – which should cover most Android smartphones these days. The Raiju Mobile will be available beginning in the fourth quarter, and it will be priced at $149 in the US, and €149 in Europe.