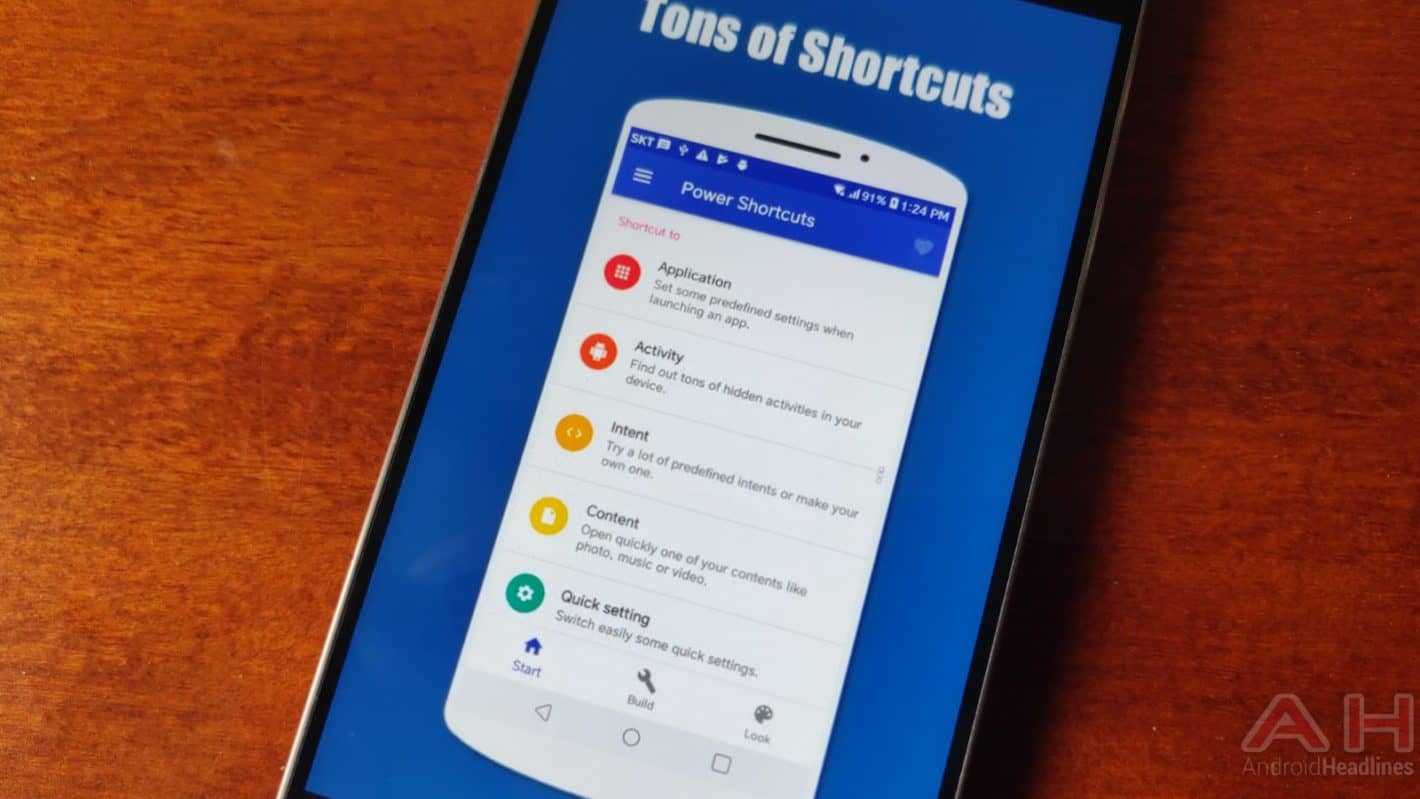 In Short: Power Shortcuts is a brand new application which is now available in the Google Play Store, and the main goal of this app is to allow you to use your smartphone faster, more efficiently. Now, before we get into it, it's worth noting that Power Shortcuts is not a free app, you will have to make a one-time payment of $2 in order to get access to the application, but it's well worth it if this is the functionality that you're looking or in an app. Now, after you fire up the app, and give it some permissions (using accessibility service), you'll be good to go. Power Shortcuts, as its name says, basically allows you to create a ton of shortcuts on your device, and by doing that, improve the efficiency of your smartphone usage.

With Power Shortcuts, you can create / choose options in many categories, in other words, you can create shortcuts to Application, Activity, Intent, Content, Quick Setting, System, and Key Injection, as the developer refers to them. 'Application' basically allows you to set some predefined settings when launching an app, while 'Activity' provides you with a way to find some hidden activities on your device. You can choose between a number of predefined 'Intents' or create your own, while 'Content' allows you to quickly open contents on your phone, like a picture, music, or video. You can easily access a specific setting via the 'Quick Setting' shortcut, while 'System' shortcuts allow you to access simple system functions, such as the flashlight, screen lock, and so on. 'Key Injection' shortcuts allow you to inject tons of key codes, like media play / pause, power button, and so on.

Background: Power Shortcuts is a brand new application, and after 7 reviews, it's holding a 4.7-star rating in the Play Store. This app weighs only 1.9MB, and it has been downloaded around 50 times thus far. The app is in version 1.0.1, and it has been developed by 'ChYK the dev.', a company / developer behind quite a few apps in the Play Store, not counting Power Shortcuts, there are six other apps available under this account. The most popular apps that were created by this company / developer are Total Launcher, Popup Widget 3, and Edge Shortcuts.

Impact: It is worth noting that the Power Shortcuts app may not work with all devices out there, to be more precise, not all of its options may work with other devices. The developer notes that some features are implemented by non-open (unofficial) API of Android framework, which may affect usage on some phones. Having said that, Power Shortcuts is an extremely useful application as it allows you to create shortcuts of all sorts, and the app also sports a rather minimal and clean design, which surely helps. You can build your shortcuts one step at a time using this app, and the app goes out of its way to make the process as simple as possible. You can also import and export shortcuts if you want, which is also a useful feature. If you're interested in testing out Power Shortcuts, a link to the app's listing in the Play Store is included down below.