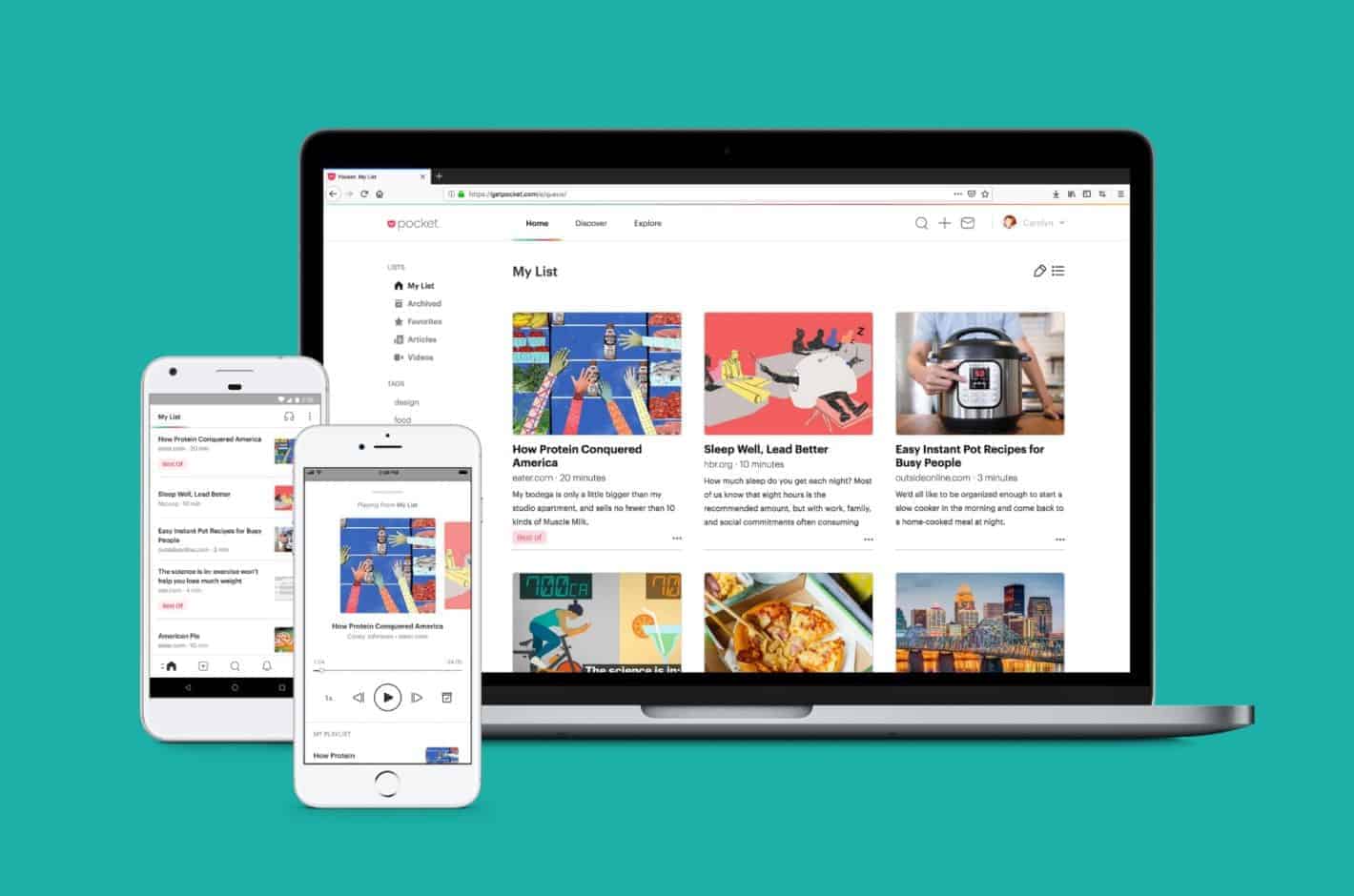 In Short: Pocket has just been updated to a new version which adds one major new feature and redesigns the app a bit, to be more exact, Pocket v7.0 is now rolling out. These new features are now rolling out to Android, iOS, and web. The first major feature that the company added is the ability to listen to your content. That's right, Pocket will be able to present whatever you saved in an audio format, just in case you're unable to read it at the time, or something of the sort. All you have to do is open Pocket, and tap on the 'Listen' icon in the top left corner. Now, the company has also redesigned the app a bit, this new design puts more emphasis on the content itself, the company says that its goal was to create a clutter-free experience, and that this is it. In addition to that, the company also added new app-wide dark and sepia themes, while fonts and typography have also been updated.

Background: For those of you who do not know, Pocket is a save-it-for-later app which allows you to save all sorts of content that you find online, so that you're able to read it later, even if you're offline. This is basically a bookmarking service on steroids, and it has been around for a long, long time. Pocket has been downloaded over 10 million times on Android, and the company says that more than 2 million pieces of content are saved to Pocket every single day. Users spend an average of 16 minutes consuming content in Pocket every day, says the company, while it's also worth noting that Pocket was acquired by Mozilla last year.

Impact: This new update makes Pocket look quite modern, and somewhat different than before, though that won't change the way you use the app all that much, it's still quite straightforward. The new audio feature will make things a lot easier for you if you'd like to listen to your saved content while you're driving, hiking, running… or doing anything else which makes it impossible for you to focus on reading, and would rather for Pocket to read everything to you. Pocket v7.0 is currently rolling out via the Google Play Store, though this is a staged rollout, so it may take a couple of days for the update to reach your device.