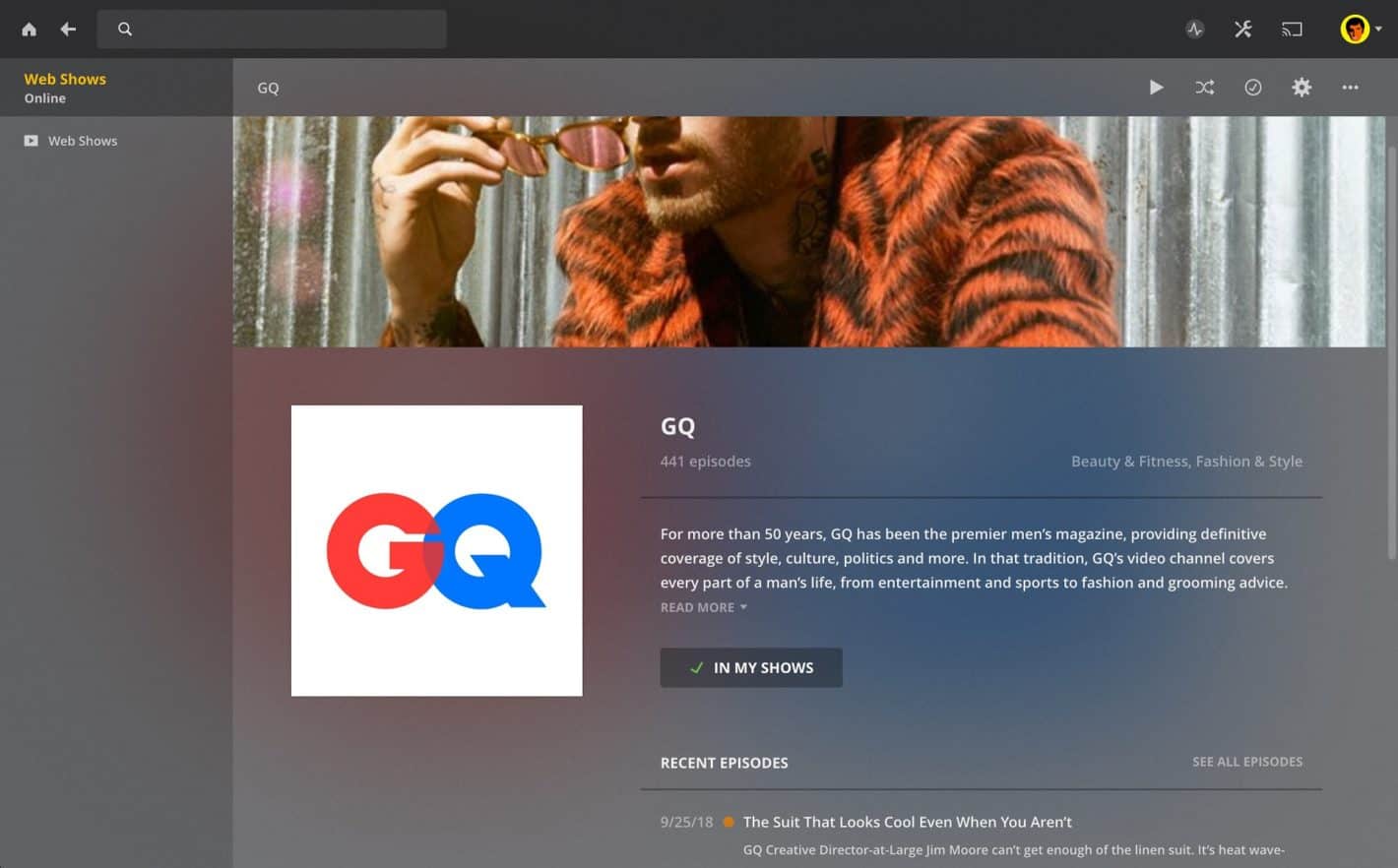 In short: Plex is adding web shows to its ever-growing feature list resulting in access to a wide variety of curated video content directly delivered to viewers via the web-based Plex interface, as well as the various Plex apps and supported platforms, including Android TV. While this is initially arriving as a beta feature, it will remain free of charge to Plex users. As unlike some features offered through the media player service, Plex Web Shows does not require users to have a Plex Pass subscription.

Background: Plex has adopted the position as a one-stop media solution for its users and this has led to the company introducing different integrations which bring various forms of content directly to the user without them having to leave the Plex ecosystem. Previously Plex announced curated news integration through Plex News, as well as podcast content through Plex Podcasts. This latest announcement continues in the same fashion with Plex Web Shows where web video content will be made available. The content is tailored to the platform and this approach means Plex is able to ensure the content remains at a consistent quality level. Therefore, unlike YouTube, Plex Web Shows will not consist of any user uploaded videos.

Impact: While the general idea here is to add more content to the Plex ecosystem, at first the variety of content will be a little limited although Plex is committed to continually adding more content as the service evolves over time. In spite of this, Plex Web Shows is still launching with a decent selection of content from popular brands as well as independent creators. With the expectation the content available at launch will offer something for everyone, with shows available on topics including entertainment, food, home and garden, pop culture, science and tech. As is the case with News and Podcasts, the interface has also been adapted to best serve web show content, and this means users can expect to see some recommended content based on their viewing habits, as well as the option to browse videos within their own dedicated genre/interest category. Padding out the experience, users will also be able to add specific web shows to a personal watchlist for viewing at a later time, browse by creator, or just see what's new. As this is launching as a free service there are no subscriptions or fees associated and viewers can just expect to see web show content populated within Plex and under the new "Web Shows" main tab which will be visible following the next update.