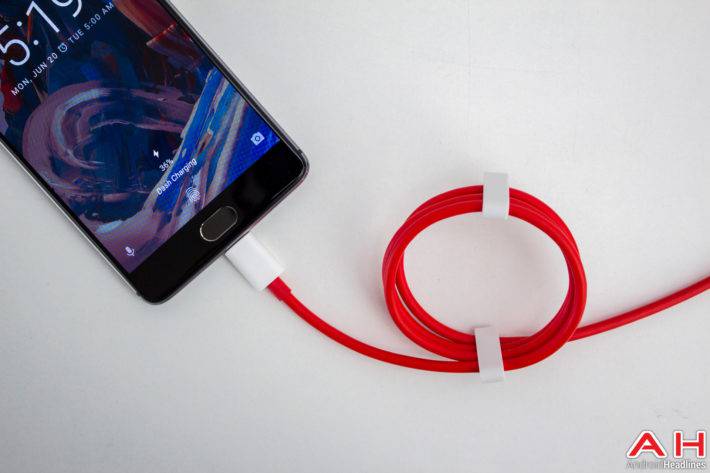 In short: OnePlus may be planning to rebrand its Dash Charge technology as "Jet Charge," according to a new trademark application reviewed by AndroidHeadlines. The development comes shortly after the Chinese phone maker was hit with a lawsuit over the original name of its quick charging solution which it has been avoiding for some time now, signaling it's preparing a transition to another moniker. The firm has yet to have its application officially accepted and published by EUIPO, after which any interested third parties will be able to oppose the trademark attempt for three months.

Jet Charge is the second possible candidate for a Dash Charge successor as OnePlus already filed to trademark the term "Warp Charge" this summer. That particular application has already been reviewed and is currently nearing the end of its opposition period which runs until October 30. No complaints have been launched against the filing to date, though the end of opposition period doesn't equate to an automatic approval in the European Union. Both the Jet Charge and Dash Charge trademark applications have been filed along with their respective logos which use custom fonts not found in public databases. Both also contain the shape of a lightning bolt between the first two letters, though that's more obvious on the example of Jet Charge, with the design cue clearly being meant to be indicative of the high charging speed enabled by OnePlus's technology that's been touted as one of the main selling points of the company's Android smartphones for many years now, even though it currently appears to be nameless.

Background: German audio electronics manufacturer Bragi launched a lawsuit against OnePlus in late July, alleging the Chinese company's use of the word "dash" infringes on its own intellectual property associated with the Dash portfolio of headsets. The litigation that was started in the European Union has been preceded by an identical lawsuit filed with the United States District Court for the Northern District of California earlier this year. OnePlus stopped using the Dash Charge moniker in marketing materials this March after EUIPO denied its application to trademark the thereof. Two months later, the company issued an over-the-air update to all of its supported Android smartphones that renamed the term "dash charging" to "rapid charging," prompting some confusion among its customers, some of whom thought something was wrong with their handsets or chargers, according to forum and social media concerns reviewed by AndroidHeadlines.

Bragi's two lawsuits against OnePlus have yet to move forward and may take years to be resolved if the Chinee defendant chooses not to settle immediately. An out-of-court settlement still isn't out of the realm of possibility given how OnePlus already phased out the Dash Charge branding to a large degree and no mentions of it can be found on the company's listings of any device newer than the 2016 OnePlus 6T which has been discontinued early last year. Bragi is understood to have filed for litigation due to the way IP law works – any entity with a registered trademark that it's not willing to proactively defend is likely to lose it, which is especially true in the U.S.

Dash Charge or however the technology will end up being called in the future is based on the old VOOC solution developed by OnePlus's sister company OPPO Electronics. Besides being speedier than most comparable charging mechanisms due to its focus on increasing ampage instead of voltage, Dash Charge is also unique in that it doesn't heat up supported devices in any significant manner and instead contains most of the heat created during the charging process within the charger itself. The feature has been advertised as one of the main selling points of the last four Android handsets from OnePlus and has generally been praised by both consumers and critics alike.

While both the Warp Charge and Jet Charge trademark filings have been made in accordance with the EUIPO's Fast Track conditions, neither may end up being approved for inclusion into OnePlus's IP portfolio before the turn of the year. Bragi filed its lawsuits after OnePlus already filed to register the term Warp Charge and dropped the Dash Charge branding from its marketing campaigns, so both legislations are likely to continue being pursued.

Impact: As far as consumers are concerned, the OnePlus 6T and other future devices from the Chinese manufacturer should still be just as fast to charge as their predecessors were, with the only question that remains being how exactly will the technology be called. The upcoming OnePlus 6T will likely be the first Android handset from the company that won't be advertised with "Dash Charge support" on launch. The flagship is scheduled to be officially announced on October 30 and should become available for purchase on a global level by early November.

Legal issues with trademarks aside, OnePlus is positioned to continue growing going forward, especially as the company recently managed to agree to a distribution partnership with T-Mobile in the United States, thus succeeding where even Huawei failed. By having its latest high-end device with an aggressive price tag picked up by the third-largest wireless carrier in the country that reinvented itself through similarly aggressive promotions, OnePlus is on the right path to break all sales records with the OnePlus 6T after already doing so with its last smartphone.

The Bragi-filed lawsuits and consumer backlash stemming from the removal of the 3.5mm headphone jack are unlikely to affect the commercial performance of the OnePlus 6T in any significant way, with the device being expected to continue pushing the Chinese brand toward mainstream popularity. The firm will presumably be looking to resolve the issue of the name of its fast charging tech as quickly as possible given how it will likely want to advertise the capability as one of the main features of the OnePlus 6T. So, in this particular case, OnePlus may (once again) go against its "never settle" mantra and deal with Bragi out of court, or at least exhaust such possibilities before responding to the audio company's allegations head-on.