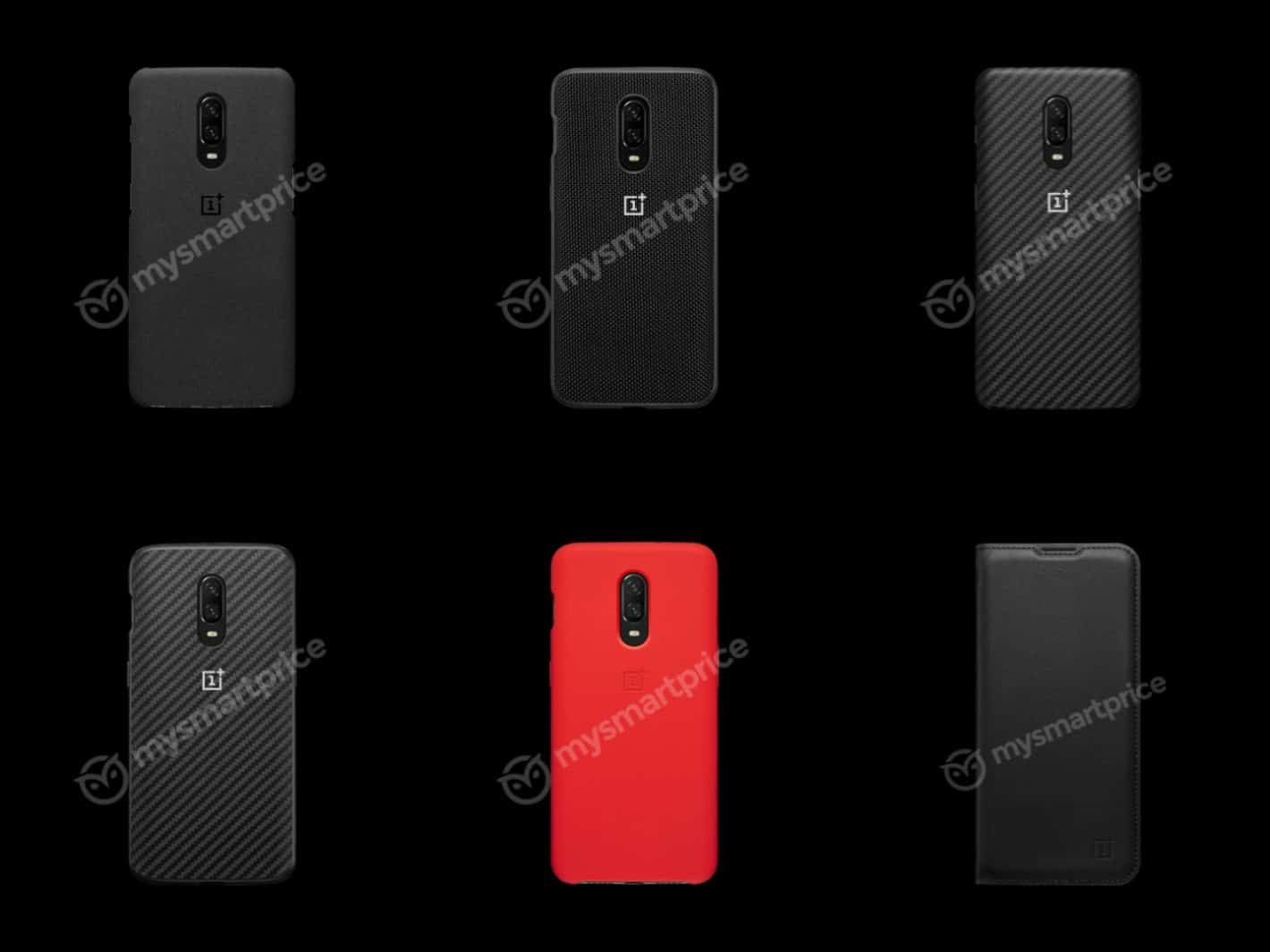 In Short: The OnePlus 6T’s arrival is right around the corner, and the phone’s cases have just surfaced, along with their price tags. Unsurprisingly, there’s not much difference between the OnePlus 6’s cases, and the ones that have just surfaced for the OnePlus 6T. A total of six OnePlus 6T cases have surfaced online, and you can check them all out in the gallery down below. Having said that, these are the accessories that surfaced: OnePlus 6T Bumper Case Karbon, Case Karbon, Protective Case Sandstone, Silicone Protective Case Red, Flip Cover Black, and Nylon Bumper Case. Now, only Indian price tags for the cases have surfaced, though these cases will almost certainly carry the same price tag as OnePlus 6’s cases, so you know what to expect in that regard.

The OnePlus 6T Bumper Case Karbon will be priced at Rs. 1,990 ($27), according to the source, while the Protective Case Sandstone will cost Rs. 990 ($13). The Silicone Protective Case Red will be priced at Rs. 1,290 ($17), the Flip Cover Black case will cost Rs. 1,290 ($17), while the price tag for the Nylon Bumper Case and Case Karbon did not surface. As already mentioned, this case lineup is quite similar to the one for the OnePlus 6, and don’t expect any change when it comes to the general build of these cases, compared to cases for the OnePlus 6, as it seems like they will be identical in that regard, which was to be expected. Those are pretty much all the cases that surfaced thus far.

Background: The OnePlus 6T will become official on October 30, as the company announced recently. OnePlus also announced that the device will go on sale on November 6, for those of you who are interested in getting one. That’s not all the official info that the company shared, though, as we already know that the phone will not sport a 3.5mm headphone jack, and that it will include an in-display fingerprint scanner. OnePlus confirmed that we’re looking at an optical in-display fingerprint scanner here, and that they have a good reason for removing the headphone jack. As the company said, removing the headphone jack left them more room in the phone to increase the battery size, while the company felt it’s the right time to remove it, as quite a few users are using Bluetooth headphones now, not to mention that a dongle is included in the box, just in case you’d like to plug in your headphones. The community did not take that well, and quite a few of them were furious, but it remains to be seen how will that affect the phone’s sales.

Impact: The OnePlus 6T will not be a huge revamp of its predecessor, quite the contrary, just an evolution of it. The device will sport a more appealing design thanks to the smaller notch and the removal of a capacitive fingerprint scanner, though it remains to be seen how well will its in-display fingerprint scanner function, as the capacitive unit on the OnePlus 6 is regarded to be one of the fastest fingerprint scanner implementations out there. The company may release an additional variant or two of the phone, compared to its predecessor, perhaps a Sandstone variant, or something of the sort, but that’s only a guess, as OnePlus usually tries to differentiate with its second flagship in a single year.

The OnePlus 6T is expected to be more expensive than the OnePlus 6, though that’s not a surprise as the company has been increasing the price of its flagship offering with each new iteration. The OnePlus 6T may be around $30 more expensive than the OnePlus 6, but that’s only an educated guess, as the phone’s price tag did not surface just yet. OnePlus has also announced that a “brand new UI” is coming to the OnePlus 6T, and that the company plans to improve the phone’s camera setup compared to the previous model. Also, OnePlus’ gesture-based navigation will be tweaked in order to offer even smoother performance, while some new functions are coming to the company’s gesture-based navigation as well. That is more or less it, OnePlus has been teasing the phone’s arrival for a while now, and chances are we’ll see more teasers, rumors and leaks by the time it becomes official, as we’re still about two weeks away from the launch, which is plenty of time in the mobile world, and OnePlus simply loves to release various teasers prior to its smartphone launches, so stay tuned.