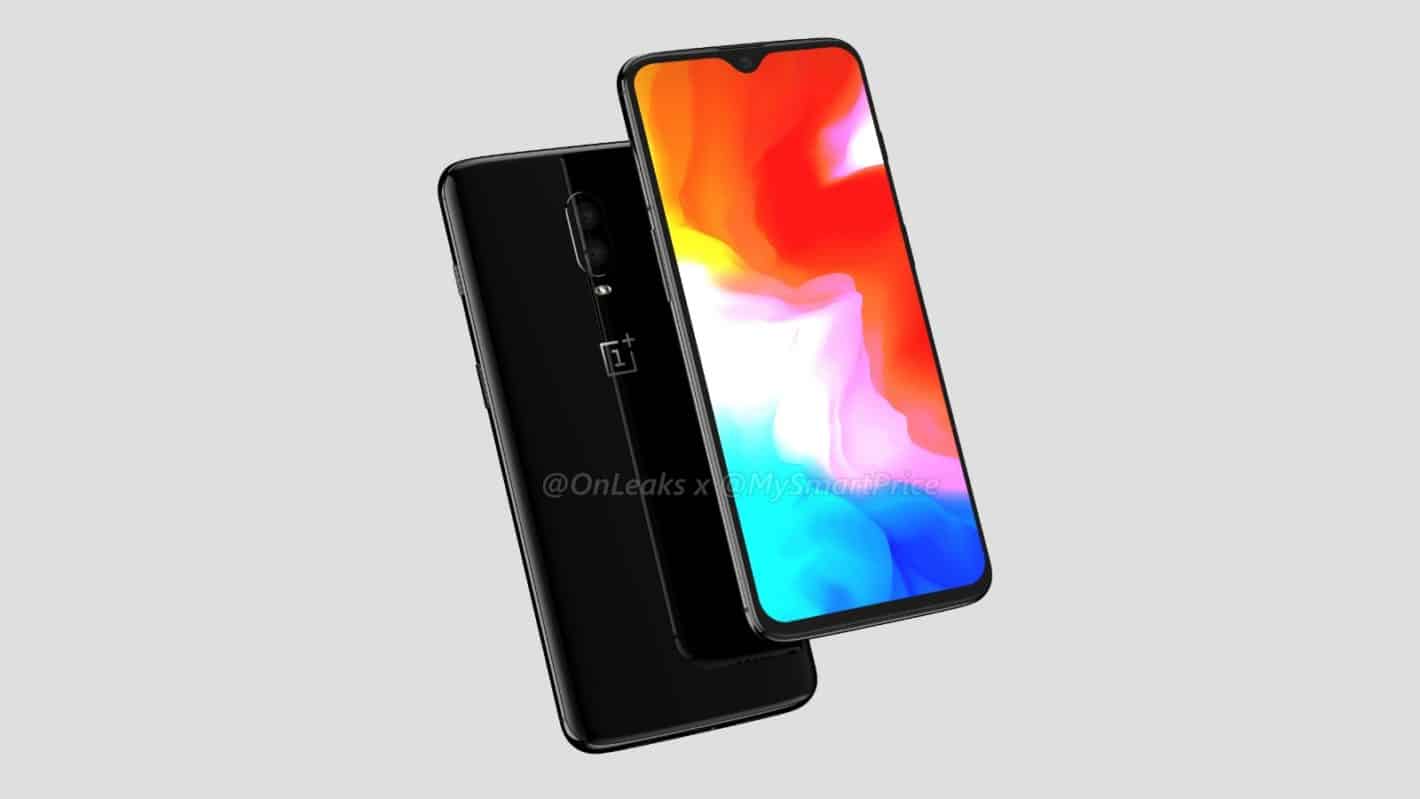 The OnePlus 6T will become official in a couple of days, and while we're waiting or that to happen, the device has just surfaced on both AnTuTu and Geekbench, and those two listings have revealed more info about the device. Let's talk about AnTuTu first, shall we. The phone appeared on AnTuTu with a model number "OnePlus A6013", and it managed to score 297,132 points on the platforms. Having said that, AnTuTu's listing also reveals that the phone will sport a display with a resolution of 2340 x 1080, which means we're looking at a fullHD+ display here. Qualcomm's Snapdragon 845 64-bit octa-core processor will fuel the device, which is something that is mentioned by AnTuTu as well, as is the GPU that comes included on that SoC, the Adreno 630. The variant of the device that appeared on AnTuTu sports 8GB o RAM and 128GB of storage, though other options will almost certainly become available as well. AnTuTU also mentions that the phone will ship with Android 9 Pie out of the box, and on top of it you'll get OnePlus' OxygenOS skin, of course. That is pretty much all the info that AnTuTu shared about the device.

Geekbench's OnePlus 6T listing brings some additional info to the table, as it reveals that the OnePlus 6T managed to score 2,387 points in the single-core, and 8,925 points in the multi-core benchmark on the platform. The very same 8GB RAM variant of the phone surfaced on Geekbench, and that listing also confirms that the phone will be fueled by the Snapdragon 845 processor, and that it will ship with Android 9 Pie. The very same model number of the phone has been mentioned on Geekbench as well, the 'OnePlus A6013'. That is pretty much all the info that got shared by Geekbench, and that listing dates back to October 23.

Background: Now, if we compared the OnePlus 6T's Geekbench scores to the one that OnePlus 6 was able to provide earlier this year, there's not much difference between the two, which was to be expected considering that both phones are fueled by the very same processor, and that both of them will ship with the same RAM and storage options… and on top of that, they sport almost identical screen resolutions. The OnePlus 6 actually did a bit better in both single core (2402 vs 2387) and multi-core (8931 vs 8925) tests, and that is not all that surprising as it has less pixels to push. The OnePlus 6 comes with a 6.28-inch 2160 x 1080 display, while the OnePlus 6T will feature a resolution of 2340 x 1080 according to AnTuTu, and its display will be larger, quite probably a 6.4-inch unit. These differences are negligible, though, as both phones will offer basically the same performance, which is also a reason why you will not find many reasons to upgrade to the OnePlus 6T over the OnePlus 6… though OnePlus may come up with a few reasons why that may be worth doing.

The OnePlus 6T has been leaking for quite some time now, and the company has confirmed quite a few aspects of its upcoming flagship, The device will be announced on October 29 in New York, and it will not sport a 3.5mm headphone jack, unlike the OnePlus 6. The OnePlus 6T will sport a much smaller display notch, the so-called 'teardrop' notch that we've seen on the OPPO R17 and R17 Pro. This smartphone will include an optical in-display fingerprint scanner, compared to the regular capacitive fingerprint scanner on the OnePlus 6 which was placed on the back of the device. OnePlus did say that the OnePlus 6T will offer a number of camera improvements, and should, in theory, be a better camera performer than the OnePlus 6, which was to be expected. The device will still, though, feature two cameras on the back. The OnePlus 6T will be made out of metal and glass, just like the OnePlus 6, and it will also ship with a "brand new UI", as the company said, and some new gestures for the company's gesture-based navigation. The company has also confirmed already that the phone will ship with the Snapdragon 845, and had even shared several teaser images of the phone which do not reveal all that much info about the device, but they do show that the OnePlus 6T will be similar in size to the OnePlus 6, while they also confirm that similar materials and shape of the device will be used… which, once again, is not surprising, as the company did that with both the OnePlus 3T and OnePlus 5T, it hasn't changed the general build materials compared to the first flagship that it released within a specific year.

Impact: It's safe to say that the OnePlus 6T will not be a huge departure from the OnePlus 6, but a refinement of the device. The OnePlus 6T will certainly be a better-looking handset, mainly thanks to that display notch which will lose a lot of "weight". The device will, however, take away some functionality that the OnePlus 6 offers, though. Those of you who enjoy listening to music using wired headphones will have to use a dongle, Type-C headphones, or Bluetooth headphones, as a 3.5mm headphone jack will no longer be a part of the experience. A capacitive fingerprint scanner on the OnePlus 6 will almost certainly be faster than an optical in-display one that will ship with the OnePlus 6T, so some of you may see that as a tradeoff as well, despite the fact the OnePlus 6T will sport a more modern and less visible fingerprint scanner. On the flip side, the OnePlus 6T is expected to offer a considerably better camera performance, and even a dedicated night mode which was mentioned in a recent rumor, so those of you who take a lot of pictures with your phone may consider upgrading. That being said, everything will be revealed really soon, as the launch event is about four days away at this point. On top of all this, it's worth saying that Carl Pei confirmed yesterday that the company's upcoming flagship, in 2019, will ship with 5G capabilities, which may convince some of you to wait for it. The device Carl Pei was referring to is almost certainly the OnePlus 7, so those of you who don't mind holding onto your current phone until that device arrives will be 5G-ready even before 5G becomes a thing, which is bound to happen in H2 next year.