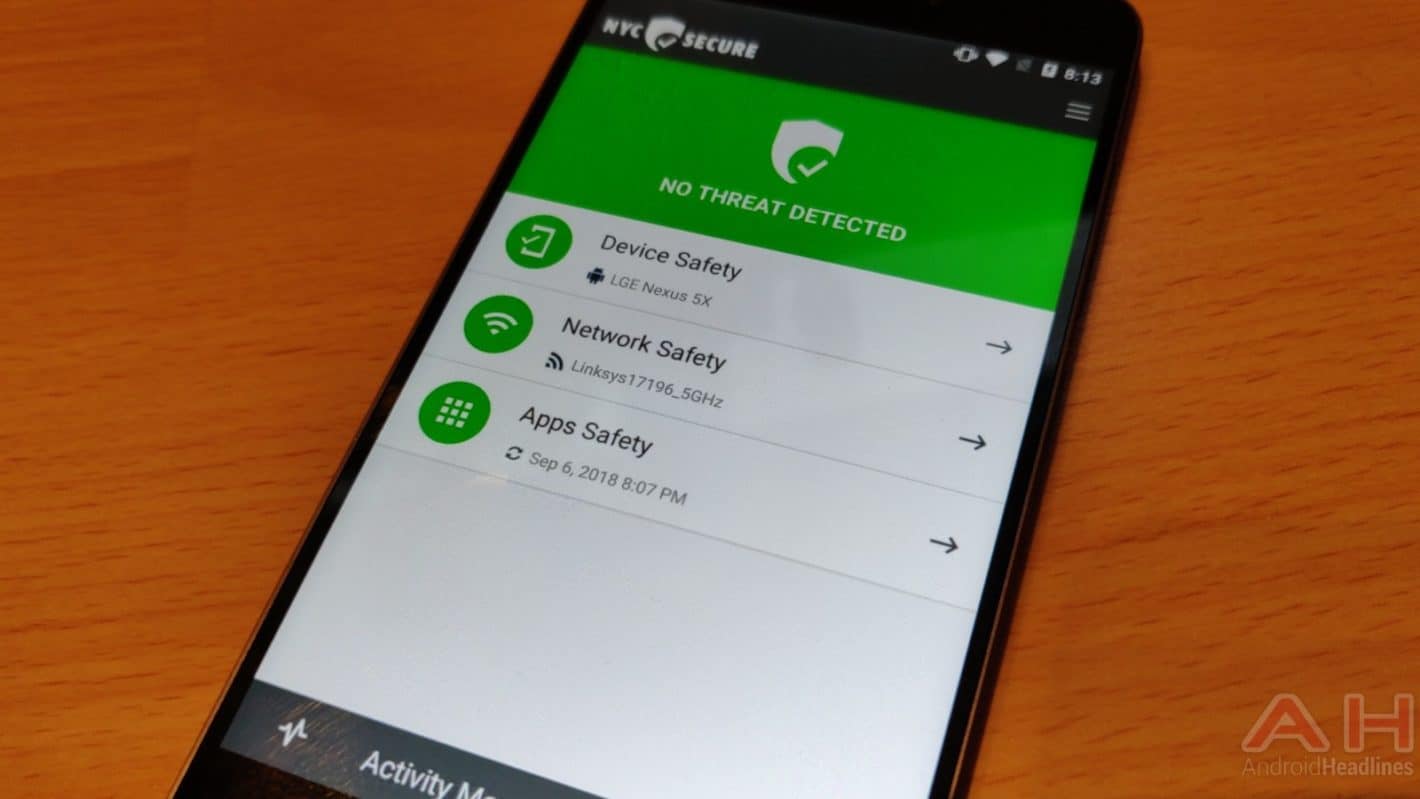 In Short: New York City Cyber Command has launched its very own app called 'NYC Secure'. This application is free, and it's a mobile threat protection application. The app's goal is to provide citizens of New York with the ability to recognize a mobile security threat, and defend against it. Now, the app has been originally announced (its arrival) as part of Mayor de Blasio's NYC Secure initiative back in March, but it wasn't properly introduced until now. The app itself has been funded by the city of New York, and it does not require you to be connected to the Internet in order to use it. The app also doesn't collect or transmit any of the sensitive data, like some apps out there, at least according to the press information that was shared with us. This application seems to be very straightforward, which is something you'll notice the moment you install it and check out its UI. The app will scan your device, Wi-Fi network you're connected to and applications in order to keep you safe from threats, and it seemingly works similar to a number of antivirus and anti-malware apps out there.

Background: As already mentioned, the app was originally announced during Mayor de Blasio's NYC Secure initiative earlier this year, which is New York's very first Cybersecurity initiative, and it was launched in order to protect New Yorkers online. Aside from the app that we talked about, this initiative is also aiming to protect public Wi-Fi networks which are available all across the city.

Impact: NYC Secure app just hit the Google Play Store, and it has only seven reviews at the moment, and over 50 downloads. The app is currently holding a 5-star rating in the Play Store, which means the initial batch of people who downloaded it actually enjoy it. It remains to be seen how will the app develop over time, but it's always good to see such initiatives launched by people who are at the helm of a city, or anything of the sort. If you're interested in trying out NYC Secure app, a download link is available down below.