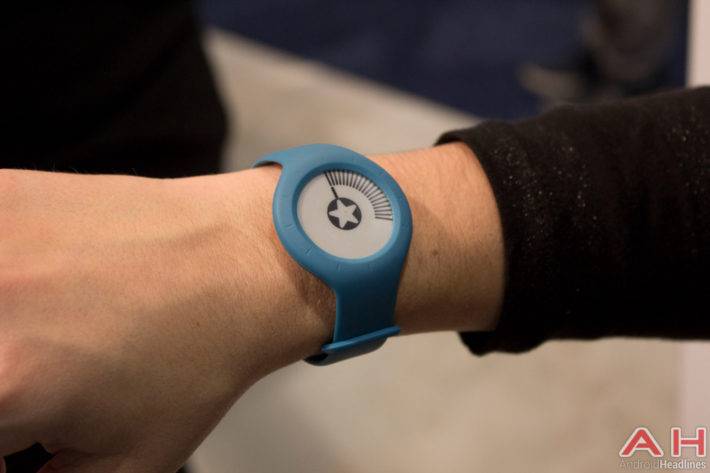 In Short: A new wearable listing from Withings has been listed on the FCC’s database, and it bears the model number WAM03, implying that it’s the sequel to the previous Withings Go, which had the model number WAM02. If the label placement drawing is any indication, the wearable may be receiving a significant redesign that would allow it to be worn differently and perhaps house an even greater array of sensors. The rectangular design seen below stands in stark contrast to the circular face of the last Withings Go wearable, though it’s entirely possible that this is only a small cross-section of the device, or a part of an integrated band. Also interesting is that one of the attached reports has the device’s “Equipment” name as Pulse HR, a device name that follows the naming convention of a few other Withings devices such as the Steel HR.

Background: The previous Withings Go series wearable, bearing model number WAM02 as noted above, was focused around being an activity tracker first. Most conventional smartwatch functions were eliminated entirely in the e-ink wearable, and the ability to tell time was all but an afterthought. It’s quite possible that we could see more of the same with WAM03, but given the apparent Pulse HR moniker, it may also up the ante on device capabilities to bring it more in line with the more traditional Steel HR smartwatch.

Impact: If this FCC filing is any indication, Withings fans looking for a worthy successor to the Withings Go should keep an eye on this device as it approaches release. A significant redesign appears to be in order, which would further bolster speculation that the apparent new name means new features. The next Withings Go, or perhaps the upcoming Pulse HR, could serve as a more health-focused foil to the Steel HR, with more sensors, a simpler interface and a number of other touches that make it a better choice for those looking for an activity and health tracker first and a smartwatch second. In any case, the FCC testing documents are largely inconclusive on what the device can and can’t do, meaning that the community will likely be in the dark until either some leaks come along or Withings and Nokia actually announce the device.