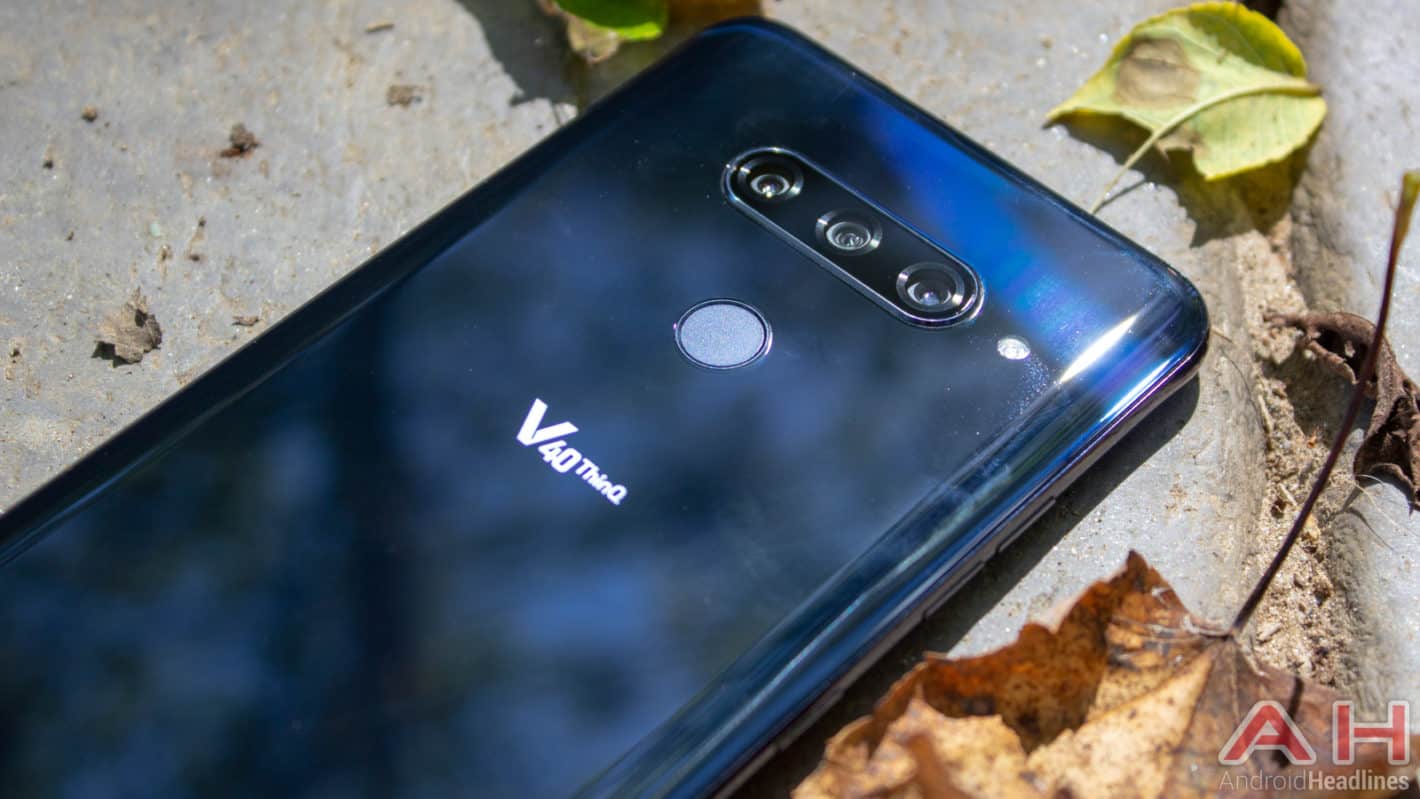 In Short: LG has started pushing out a new update for the V40 ThinQ, ahead of its market release. Just like in the first firmware update which began rolling out a couple of days ago, this update is also camera-focused. In the company's official changelog for this update, all the changes are related to the phone's camera, as it seems like LG wants to polish out the phone's camera before consumers get their hands on the device. Four "improvements" are listed in the company's official changelog, the company has improved the camera's HDR performance, sharpness, and color in outdoor conditions, the camera's triple shot feature, and the "black phenomenon" of video recording. This update weighs 391.45MB, and we're looking at firmware version 'V09a04-OCT-10-20180 here. This update is now rolling out over-the-air (OTA) for unlocked V40 ThinQ units,

Background: LG had introduced its new flagship, the V40 ThinQ, at the beginning of this month, on October 3, to be exact. Now, a couple of days ago, the company had started pushing out the very first firmware update to the device which brings a number of camera-related improvements, just like the one that started rolling out today. In the first update, the company released improvements for low light image quality, low light HDR shots, AI camera image quality, white balance and brightness for outdoor shots, and the camera's auto focus. That update was a bit lighter than the one that LG started pushing out today, as the previous one weighs "only" 173.45MB.

Having said that, the LG V40 ThinQ is the second flagship that LG introduced this year, following in the LG G7 ThinQ's footsteps. The LG G7 ThinQ was introduced earlier this year, back in May, and it actually sports a somewhat similar design to the LG V40 ThinQ. The LG V40 ThinQ is made out of metal and glass, while it sports three cameras on the back, compared to two cameras included in the LG G7 ThinQ. The LG V40 ThinQ does have a smaller display notch compared to the G7 ThinQ, and its bottom bezel is also thinner. The device sports a rear-facing fingerprint scanner, and its rear-facing cameras are horizonally-aligned. Needless to say, the V40 ThinQ comes with high-end specs, and its cameras are actually quite capable, even without recent updates.

The LG V40 ThinQ features a 6.4-inch QHD+ (3120 x 1440) P-OLED display, along with 6GB of RAM and 64GB of expandable internal storage. The device is fueled by the Snapdragon 845 64-bit octa-core processor, while it sports a 3,300mAh battery on the inside. The phone's display is HDR10-compliant, and the V40 ThinQ offers DTS:X surround sound, while the phone's audio has been tuned by Meridian Audio. Android 8.1 Oreo comes pre-installed on the device, with LG's skin included on top of it, while the phone's camera setup is quite interesting. This phone not only sports three cameras on the back, but also two cameras on the front, so it basically has five cameras overall.

Impact: The LG V40 ThinQ is still not available for purchase, it will become available for pre-order starting on October 12, while its general availability will kick off on October 19. The price will vary from one market to the other, while it will be priced between $900 and $1,000 in the US, its full price, for an unlocked model, price will depend on the carrier, of course, while it seems like it will be the cheapest on US Cellular at $900. LG's V series smartphones were always regarded as one of the best camera smartphones in the market, and the LG V40 ThinQ is not an exception, at all. Based on our first impressions, the LG V40 ThinQ will not disappoint in the camera department, even without the latest two camera-focused firmware updates this is a truly compelling camera smartphone which offers a lot of variety due to its multiple rear-facing cameras.

The LG V30 ThinQ was one of the best camera smartphones out there, and it lacked a telephoto lens, well, the V40 ThinQ delivers in that regard as well. The device even packs two front-facing cameras in order to improve its selfie game, as LG packed in two really capable front-facing cameras in this device, and both sports really large pixels, especially for front-facing shooters. We did not get a chance to fully test the LG V40 ThinQ just yet, but we're in the process of doing so, and results thus far are admirable in the camera department. It will be interesting pitting LG's latest and greatest against the Google Pixel 3 (XL), Galaxy Note 9, Huawei P20 Pro… and some other great camera smartphones out there, as we've seen quite a few of those this year. The LG V40 ThinQ is also a really solid choice for those of you who are looking for an audio smartphone, thanks to its Quad DAC, and a well-optimized audio, the LG V40 ThinQ can perform really well in the audio department, not to mention that it sports a 3.5mm headphone jack as well, which is a feature that LG is not planning to remove anytime soon, it seems. All in all, the LG V40 ThinQ is a solid device which seemingly excels in both camera and audio departments, but we still did not put it through all the paces, so… you'll have to wait and see what happens, but a review should be ready in the near future.