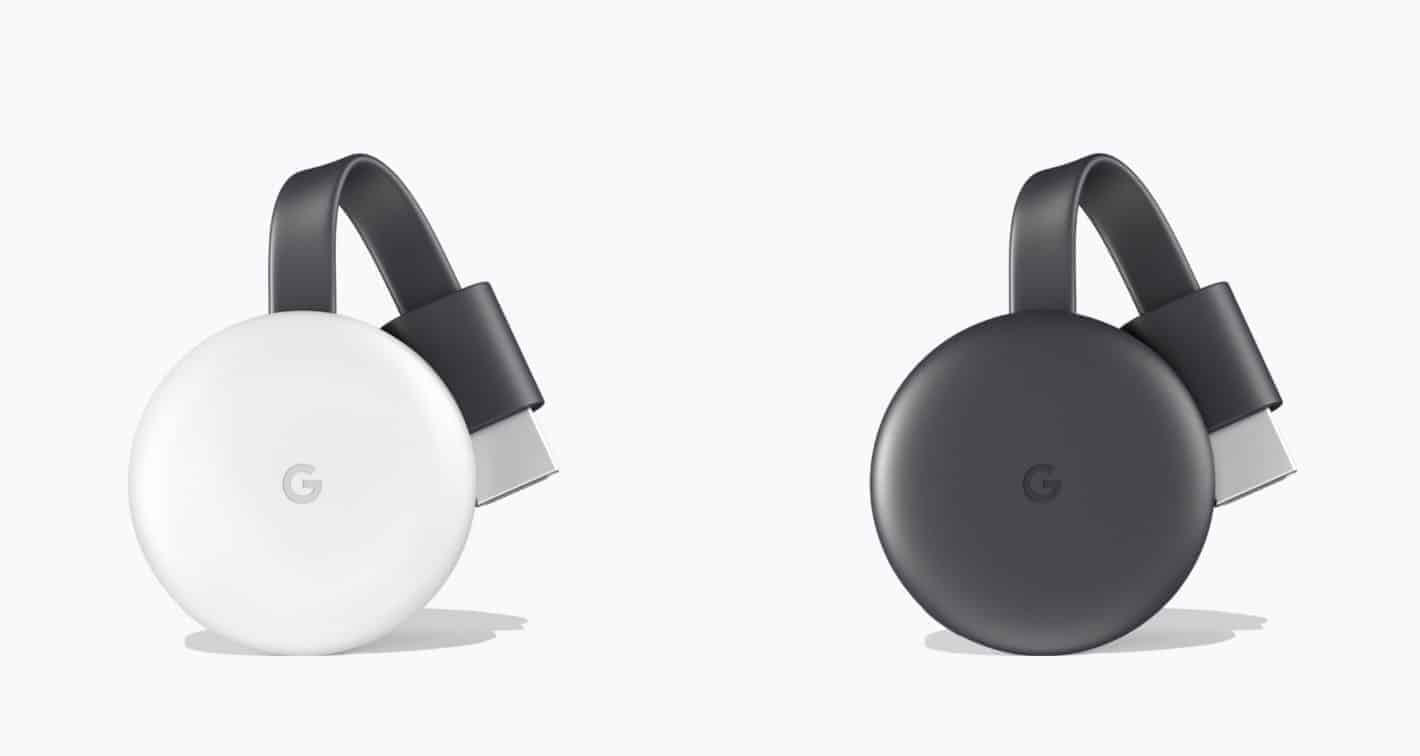 In short: Google has expanded its Chromecast line with a new and updated model. The new version does not differ in terms of name and simply replaces the older version as the current "Google Chromecast." In fact, besides a slight change to the design, there does not really seem to be much else that's changed with this third-generation product. For those interested, Google has confirmed the new Chromecast is now available to buy in select countries, including the US and is priced at $35.

Background: The Google Chromecast line's design was last properly updated in 2015 and with that update came a radical change in form which moved more away from the HDMI stick type of device to more of a circular design. Although a new high-end model did arrive in 2016, the Chromecast Ultra, boasting 4K support. This latest model is an update to the original circular 2015 model and therefore is not designed to offer high end features such as 4K support. However, the design of the new third-generation version is more in line with the Chromecast Ultra due to the change in branding which sees the new model drop the Chrome signature in favor of the "G" logo. Unlike the Ultra, the new Chromecast features a more matte finish. Besides these subtle design changes, the new model is largely the same as the Ultra and second-generation model. At the feature level, there's also very little change overall with no noticeable upgrade in any department, with the new model continuing with a 1080p HD video level of support. This, like most of the devices announced today, had leaked previously and it was expected the new model would come with Bluetooth support. However, that seems to now not be the case with the latest Chromecast only making use of Wi-Fi to establish a connection – although the Wi-Fi support is said to be better now.

Impact: In reality, there is not a lot to comment on here as this is the same as the second-generation Chromecast in every respect. Yes, it does come with a slight redesign, although that's more likely the case of Google looking to harmonize the look of the Chromecast with its other hardware products. Consumers do have a choice of color with the new model as it's available to buy in either Chalk or Charcoal colors. Of course, the most positive aspect is the new model has maintained the Chromecast's main selling point – a low price. Therefore while the new model appears to be little in terms of an update, it's as cheap as ever.