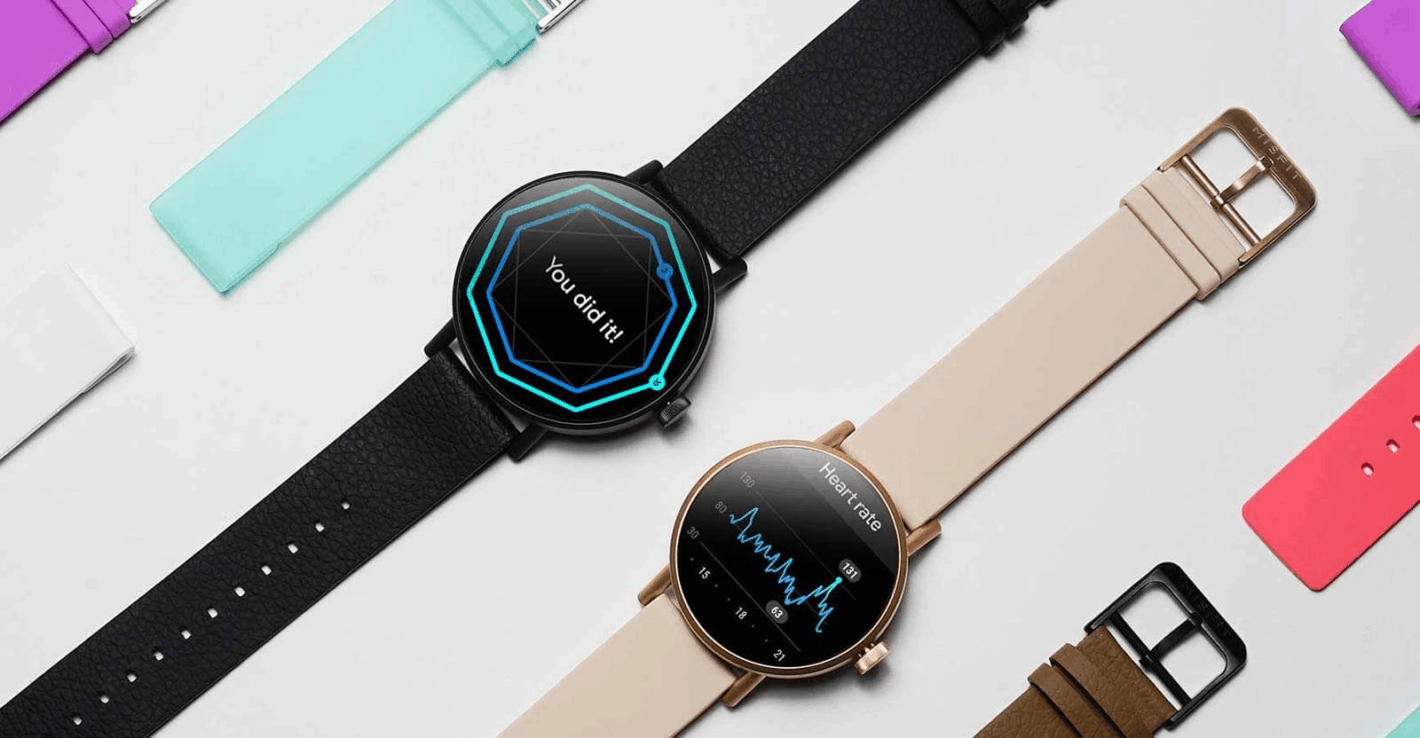 Misfit, today, announced the Vapor 2. Which is the company's latest smartwatch running on Google's Wear OS platform. This is following the massive success of the Misfit Vapor, and it brings a slew of new features. This includes standalone GPS support, as well as NFC. This makes the Misfit Vapor 2 a much more impressive smartwatch, especially for those that are looking to use it as a fitness tracker in addition to a smartwatch.

As far as specs go, Misfit is using a round AMOLED display here with about 328 pixels per inch. With it being an AMOLED display, it's going to offer better battery life, particularly with the latest update to Wear OS which brings in a dark mode for virtually everything. Surprisingly, it is running on the Qualcomm Snapdragon Wear 2100 platform, as opposed to the new Snapdragon Wear 3100 platform that the company announced last month. It of course has Bluetooth and WiFi connectivity for connecting to your smartphone for notifications and such. Misfit is offering the Vapor 2 in two sizes: 41mm and 46mm. Those are actually slightly different from the majority of other smartwatches out there, most do 42mm and 46mm of even 38mm and 42mm. Misfit is using a stainless steel case with a satin-finish, which looks really nice on the Vapor 2. Finally, the Vapor 2 works with iPhones running iOS 9.3 and later, and Android devices running Android 4.4 and newer. However, Android Go smartphones do not work with Wear OS.

Background: Misfit was one of the first wearable makers out there that really brought fashion to its fitness trackers, and now it is doing the same thing with its smartwatches. Its wearables aren't  so much about functionality, but more about the style of the smartwatch and fitness tracker. With many fitness trackers and smartwatches looking more like computers on user's wrists, it's good to see at least one maker putting fashion above functionality. And Misfit is continuing that trend with the Vapor 2, which is really good to see. Since some people do want a smartwatch that they can wear with a suit or a dress to work, or even to church.

This smartwatch isn't actually made by Misfit. Like most of the fashion brands in the smartwatch space, this was made by Fossil Group. It has the rights to design and manufacturer smartwatches and hybrid watches, for a ton of different brands. Aside from the smartphone OEMs that are making smartwatches, Fossil is the one responsible for just about every other smartwatch out there. Fossil Group has the rights to many big brands like misfit, Michael Kors Access, Emporio Armani Connected, Kate Spade New York, Diesel Marc Jacobs and many more. While Fossil Group does make a ton of these smartwatches, the majority of these do not look all that similar, which is actually pretty impressive, and surprising. Fossil Group also makes its own smartwatches under the Fossil brand, so when the company says it's going to release over 100 smartwatches in a single year, it's not as big of a deal as may sound, seeing as it does have all of these brands that it makes watches for.

Impact: The standout part of the Misfit Vapor 2 isn't so much a feature, but a spec. The Qualcomm Snapdragon Wear 2100. It's a pretty old chipset, and the Snapdragon Wear 3100 just launched about a month ago. The two chipsets aren't that different, in all honesty, but when consumers see the spec sheet (particularly tech nerds), they will see the older chipset here and get put off by it. Even though consumers won't see a huge difference between the Snapdragon Wear 2100 and 3100. The biggest difference here is actually going to be the battery life, since the Snapdragon Wear 3100 does have that dedicated co-processor for running things when you aren't interacting with the watch, resulting in better standby battery life. But as far as performance goes, there's not a lot of differences here.

Misfit is launching the Vapor 2 with the new update to Wear OS, which includes that new dark mode that looks really good on these watches, and the new notification experience also makes it easier to navigate through the notifications and deal with them, on your wrist. Which is also a pretty big deal. Seeing as many of the newer smartwatches that launched before the update, have not gotten the update just yet. Not only does this dark mode make it easier to navigate through the OS, but it is also better on battery. Since it is using a black background and most smartwatches are using AMOLED displays – including the Misfit Vapor 2 – it will result in better battery life. And that is always pretty important when it comes to smartwatches. Of course, there are also a ton of apps available for Wear OS on the Google Play Store, which is available here. That includes ones like Google Maps, Google Fit, Uber, Twitter and so much more. With Google Fit, you can track all of your workouts and activity throughout the day, without worrying about wearing a fitness tracker as well. The Misfit Vapor 2 is also pretty interesting, given that it has just one button on the right-hand side, instead of the three that newer Wear OS smartwatches are launching with. That shouldn't be a big deal, but there could be a learning curve for many.

The Misfit Vapor 2 is listed as "coming soon" on its website, with a price of $250. Misfit has not announced when it will actually be available, other than "coming soon". Misfit should be launching it ahead of the holiday season though, which starts pretty soon. The Misfit Vapor 2 comes in a slew of styles, including leather and metal bands. There are three different watch casings, which include black, silver and rose gold. So you can pick out the style that you like the best, and the best part is that they are all the same price. You can check them out at the link down below.

Advertisement
Misfit Vapor 2 (Misfit.com)
Advertisement
Trusted By Millions
Independent, Expert Android News You Can Trust, Since 2010
Publishing More Android Than Anyone Else
35
Today
67
This Week
175
This Month
4160
This Year
105637
All Time
Advertisement