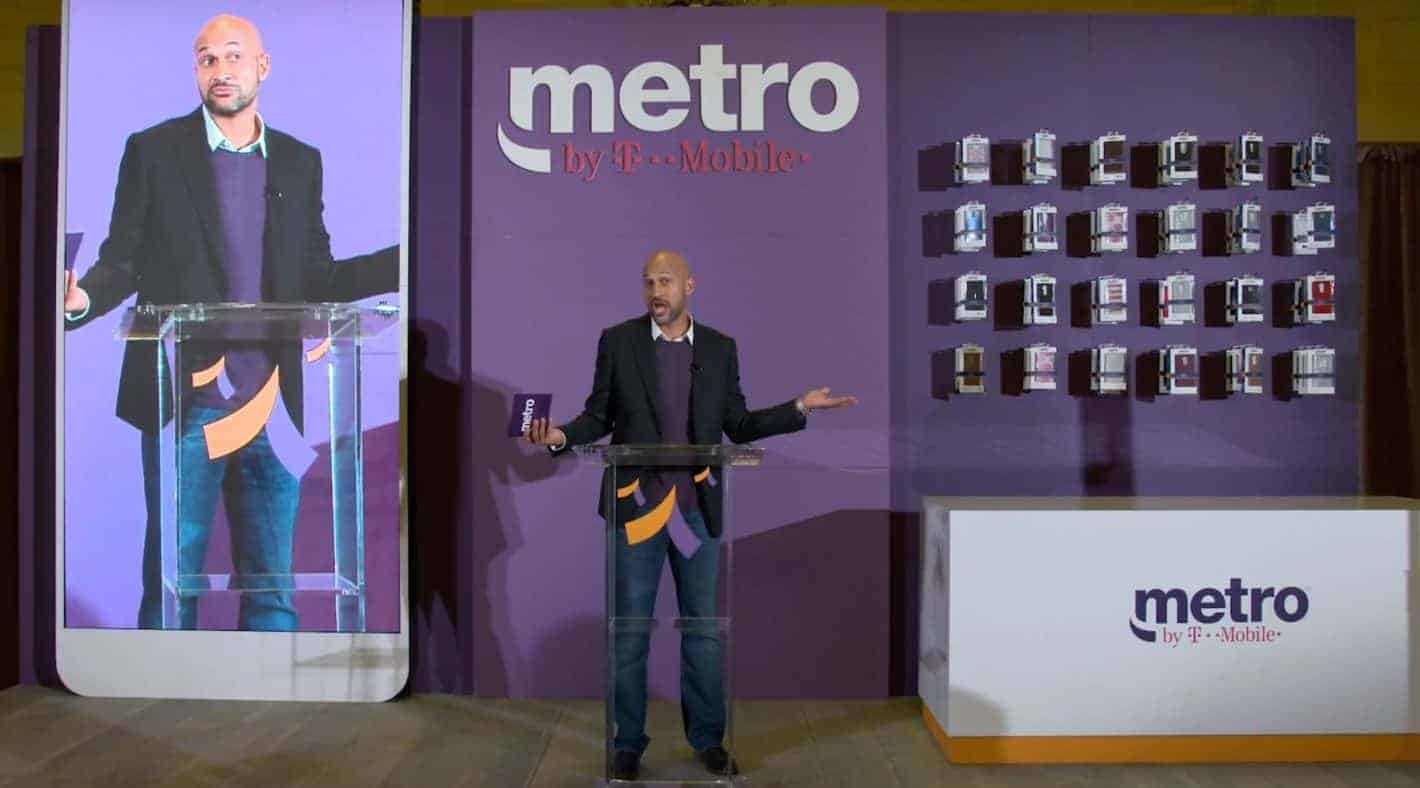 In short: MetroPCS's rebranding into Metro by T-Mobile is now officially complete, with the wireless carrier launching its new plans on Monday, together with the first promise of prepaid 5G in the United States. The New York City-based debut of the services was hosted by famous actor and comedian Keegan-Michael Key, whereas the plans themselves (detailed below) offer unlimited mobile data and many more extras for the same prices as before. The plans that include subscriptions to Amazon Prime and Google One can be purchased directly from Metro by T-Mobile as of today. The carrier will start offering 5G service next year, simultaneously with the launch of T-Mobile's own 5G network that it will piggyback on. Its availability is likely to be extremely limited until at least 2020.

Background: The rebranding of MetroPCS was announced by T-Mobile late last month, having been presented as a way to improve competition in the prepaid space. That notion directly dovetails with T-Mobile's proposed merger with Sprint that's still pending regulatory approval, with one of the main concerns stemming from it being the fate of prepaid given how the third- and fourth-largest network operators in the country are by far the most significant players in that segment.

Impact: Between a more competitive MetroPCS and Sprint's vow to keep both Boost Mobile and Virgin Mobile running following the merger, the two telecom giants may buy enough goodwill from the FCC and DOJ to have their proposed merger — an all-stock deal valued at $26.5 billion — greenlit. The two carriers are still sticking with their original timeline that projects the consolidation will be approved in the first half of 2019, though the FCC recently paused its review process deadline due to the amount of ground it had to cover, particularly in regards to complaints from parties opposing the tie-up. Regardless of the outcome of federal probes into the proposal, T-Mobile's latest move remains largely unconventional for a company that wants to absorb its largest prepaid rival, which is precisely the point, even though there are no guarantees the firm would remain so competitive if it managed to buy Sprint and its prepaid rivals.