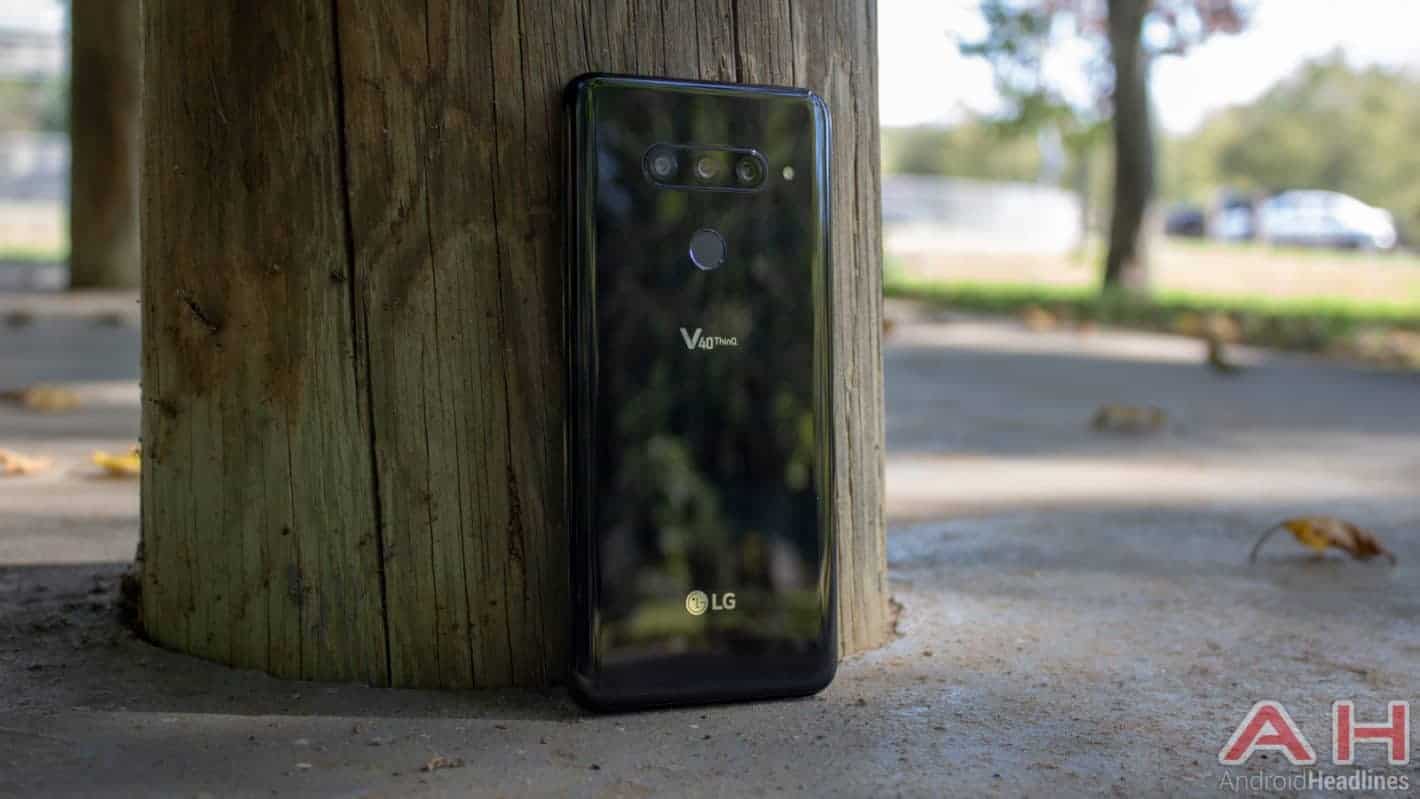 In short: The LG V40 ThinQ was announced last week at LG's event in New York City (and a simultaneous event in Seoul, South Korea). And now pre-orders are open. That's pretty quick for LG, typically it waits about a month before pre-orders open up. But LG said that it heard the feedback from its customers, and opened pre-orders a week after launch, and it will begin shipping next week. Today, AT&T, Sprint and T-Mobile opened pre-orders for the LG V40 ThinQ, with B&H Photo opening pre-orders for the unlocked model. Verizon actually kicked off its pre-orders yesterday.

Pre-orders are open at AT&T right now, for the LG V40 ThinQ. It'll cost you $949.99 outright, or you can purchase it on AT&T next for $31.67 for 30 months. Keep in mind that you can pay it off whenever you want. So if you do want to upgrade to the V50 ThinQ next year, you can pay it off and either sell it or, trade it in to get credit towards the V50 ThinQ next year. Speaking of trade-ins, you can get up to $350 off of the price of the LG V40 ThinQ, when you trade in your current phone. That trade in credit won't be available right away, it will take a month or two to get credited to your bill. And it will be credited as a monthly credit, so you'll need to stick with AT&T for two years to get the full amount.

AT&T is also offering the ability to get a free case and screen protector when you order the LG V40 ThinQ. On top of that, LG is offering a pretty sweet promotion for those that are pre-ordering the V40 ThinQ. You will get a SanDisk 256GB micro SD card – to expand the 64GB that is included internally, and really take advantage of all five cameras. LG is also offering the DJI Osmo Mobile 2, which is a gimbal that can also be used to take advantage of those cameras.

The Sprint model of the LG V40 ThinQ is a bit more, costing $960 full retail. But Sprint is offering a really good deal on the LG V40 ThinQ if you lease it through the Flex Lease program. You'll be able to get it for $20 per month instead of $40. That's right, it's half off of the regular price, and you would be getting this for just $480. That is a pretty insane price for the LG V40 ThinQ. Sprint will also allow you to trade it in after 18 months to upgrade. Or you can pay off the lease and own it – then you can sell it, give it to someone else, etc.

Sprint isn't doing any other special promotions for the LG V40 ThinQ, though getting it for half off is definitely the best promotion we've seen. But it does still work with LG's pre-order promotion. Which includes that SanDisk 256GB micro SD card and the DJI Osmo Mobile 2. With those, you can really take advantage of the cameras included in the LG V40 ThinQ.

Over at T-Mobile, the LG V40 ThinQ has its lowest price, just $920 full retail. If you do want to finance it, that'll be $200 down and then $30 per month. This continues T-Mobile's trend of keeping the monthly price for these phones at $30 or below. Some aren't too happy that they need to do a down payment, but at least the monthly bill will be a bit cheaper. After 24 months, the phone will be paid off, of course you can also pay it off before then if you wish to do so – and lower your bill.

While T-Mobile isn't doing anything special for the LG V40 ThinQ, pre-orderers can still take advantage of the LG promotion here. That includes the SanDisk 256GB micro SD card and the DJI Osmo Mobile 2 gimbal. Which are some pretty good pre-order gifts – and one you don't see too often. These also promote the real selling point of the LG V40 ThinQ, which is that camera.

If you would rather have the LG V40 ThinQ without any carrier bloatware, or logos, then the unlocked one is available over at B&H Photo for pre-order. Typically the unlocked models do come out after the carrier ones, and B&H Photo does not list the release date, so it may launch next Thursday, but there is also a chance that it won't. The LG V40 ThinQ will set you back $949 over at B&H Photo, and there are no monthly payment options available. You can still take advantage of LG's promotion for pre-orders, which includes the SanDisk 256GB micro SD card and the DJI Osmo Mobile 2. But B&H Photo is also adding an extra year to the warranty of the LG V40 ThinQ if you pre-order, bringing the warranty to two years.

Background: The LG V40 ThinQ is the company's latest and greatest smartphone. It sports five cameras, which is the main selling point on this smartphone. There are three cameras on the back, which includes a wide-angle lens, a regular/main lens and then a telephoto lens. While the front has a wide-angle and then the main lens. LG is putting a lot of emphasis on the V40 ThinQ's cameras, as it should. But internally, you'll also find the Snapdragon 845 chipset, 6GB of RAM and 64GB of storage. On the front, there is a 6.4-inch Quad HD+ OLED display – with a notch. However, you can hide the notch, and with this being an OLED display, the notch is actually hidden.

Impact: All of the carriers, plus B&H Photo, will be selling the LG V40 ThinQ in Aurora Black and Moroccan Blue. The other two colors are not available in the US, but they may come to the US in a few months. Which is pretty typical of smartphones and their colors. Pre-orders started today, and the device launches next Thursday, October 18. Though it is possible that pre-orders may arrive before then. For example, AT&T says that they will be delivered between October 16 and 18. So if you pre-order, there is a slim chance it could arrive early and you'd be one of the first to get the phone.