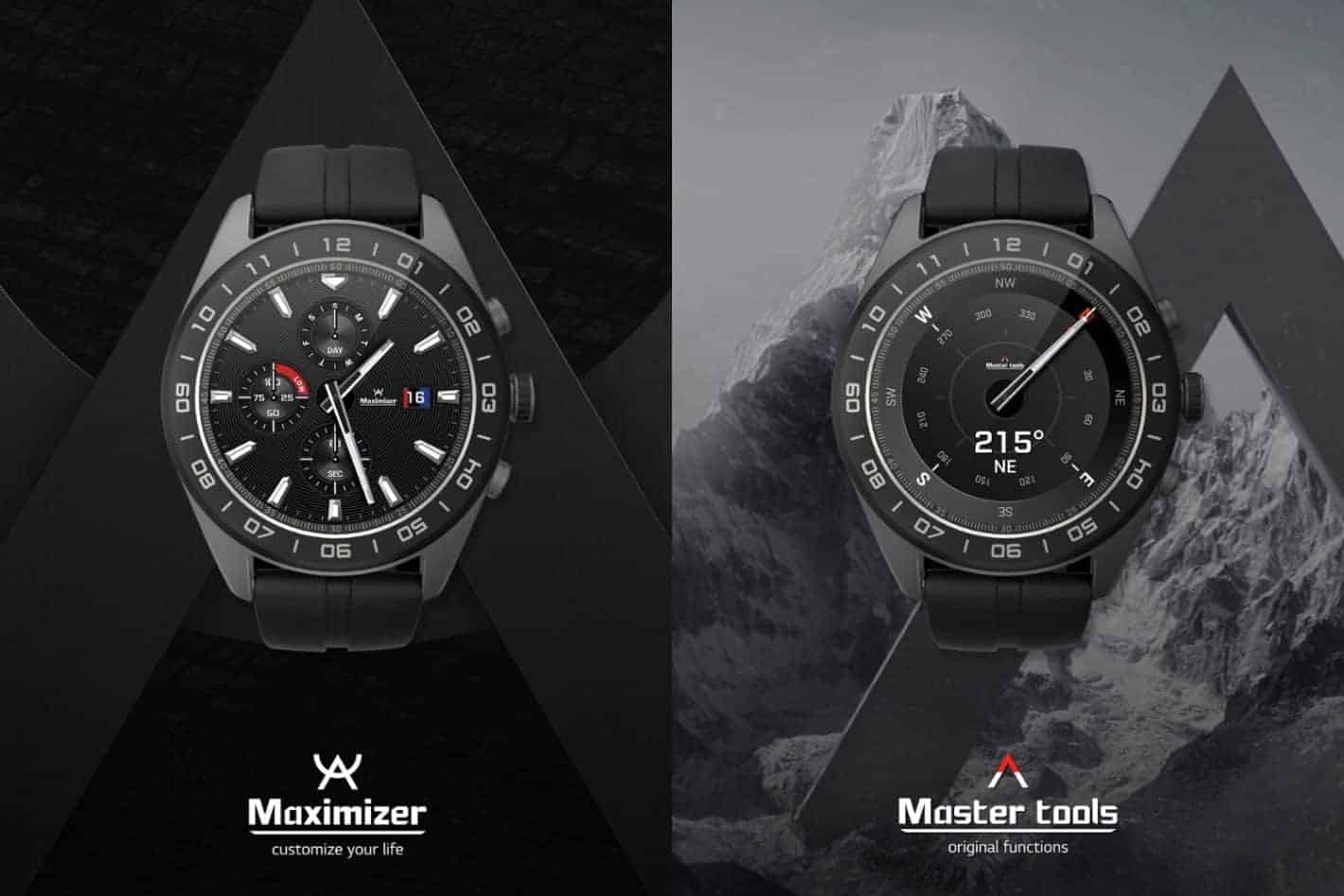 LG also announced the much anticipated Watch W7 alongside the V40 ThinQ smartphone this evening at its New York City event. This is a hybrid smartwatch from LG that does run on Wear OS. It's a smartwatch, but it is also a mechanical watch with mechanical hands and digital functionalities. This means that customers will be able to use this watch as a smartwatch, but also use it as a traditional watch for those times when they want something that looks more sophisticated. The Watch W7 has high-precision movement and physical watch hands, wrapped inside of a stainless steel body. The mechanical hands can also show the altimeter, barometer, stopwatch, timer and compass directions.

With the Watch W7, you'll get around two full days on a single charge, and about 100 days in the watch-only mode. Now while battery life still isn't that much different from the other Wear OS smartwatches out there, where it differs is in the mechanical watch mode. This will allow the smartwatch to continue to power itself to show you the time, even after the battery has died. This means that you won't have a dead watch on your wrist that is essentially useless. There are actual physical mechanical hands on the Watch W7, and it uses the clock on the bezel to indicate the time, so it needs very little power to keep going.

The LG Watch W7 sports a 1.2-inch LCD display, with a 360×360 resolution for about 300 pixels per inch. It is powered by Qualcomm's Snapdragon Wear 2100 chipset, with 768MB of RAM and 4GB of storage. There's a 240mAh capacity battery included in the Watch W7, as well as WiFi 802.11 b/g/n, Bluetooth 4.2 and USB-C 2.0 support. LG has also included Accelerometer, Magnetic, Gyro, Pressure, Compass, Altimeter and Barometer sensors in the Watch W7. As expected, this is also water and dust resistant, but it is not swim resistant.

LG isn't wasting anytime in getting the Watch W7 on store shelves. Pre-orders begin this Sunday, October 7, and will be available beginning October 14. However, it appears that Best Buy will be the only retailer offering the Watch W7. It'll retail at $449 and be available in cloud silver, putting it about $100 above the Galaxy Watch from Samsung, but still below the "fashion" smartwatches that are due to come out from Fossil, Louis Vuitton and others.