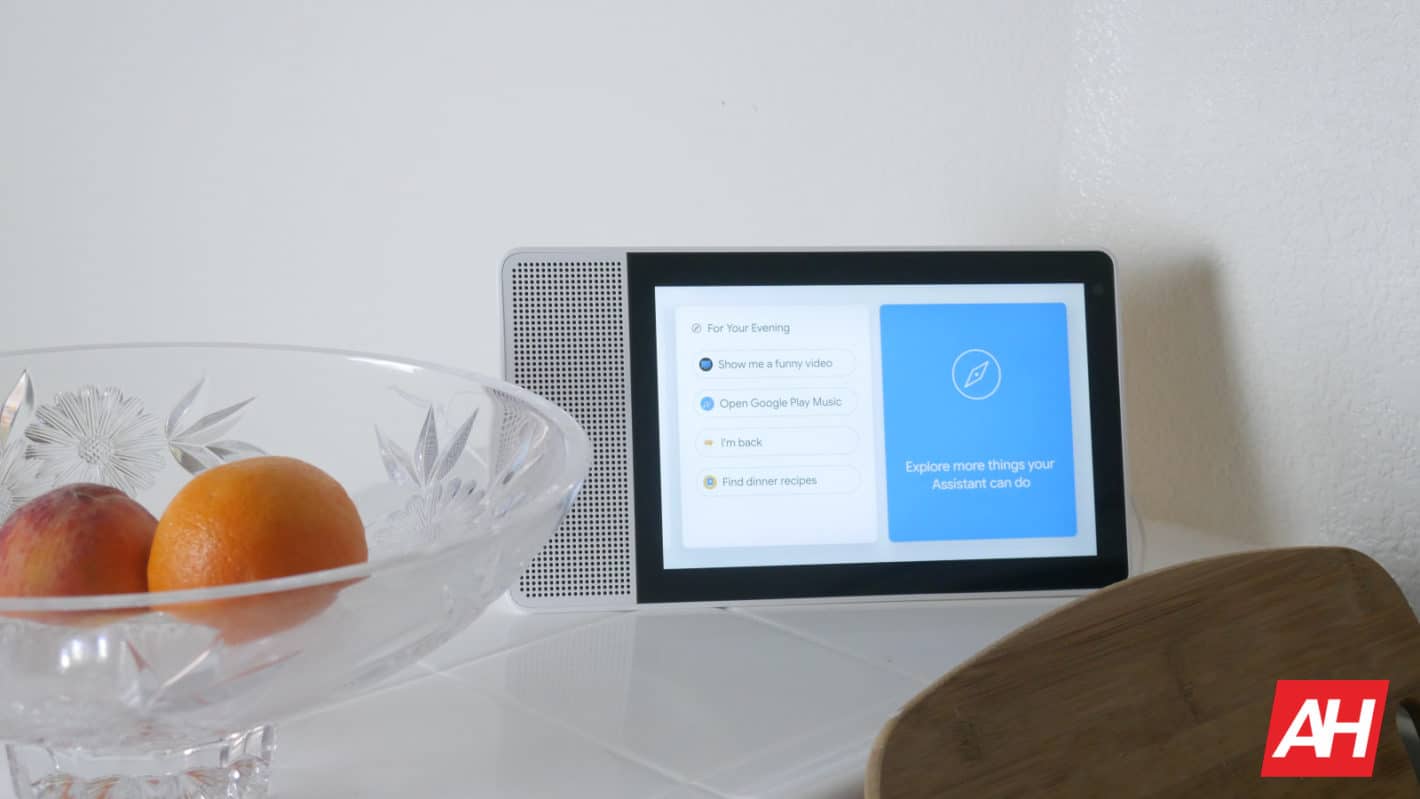 The Lenovo Smart Display is now in the process of receiving an update that will bring with it a number of the features shown off by Google during the launch of its Home Hub smart display. As a result, the Lenovo Smart Display will not only receive the new 'Home View,' but also multi-room audio support, Live Albums from Google Photos and Nest Hello Doorbell support. The confirmation on this has come from a new Lenovo forums post, where as well as providing detailed information on what's included, the post also confirmed the update officially started the rollout process on October 22. While some current owners of the Lenovo Smart Display might have already seen the update arrive on their devices, the rollout is expected to be completed within "the next few weeks," and affects both the 8-inch and 10-inch versions of the tablet. The update will arrive as version 3.63.43.

While Home View will garner much of the attention of this update, the other new features are equally important. Those who make use of a Nest Hello Doorbell will now be able to view and interact with people when they ring the doorbell through the smart display. While those who make use of a wider wireless speaker ecosystem will now be able to add Lenovo's smart display to a speaker group and combine its playback with other multi-room supported devices. In addition, those who like the idea of turning their smart display into a digital photo frame will now see that ability greatly increased with the new support for Live Albums. Like the Home Hub, Live Albums was officially announced earlier in October and basically allows devices owners to the option to either create a new album or turn an existing one into a Live Album. From then on, Google will group all new photos related to the album/person/pet/object to the Live Album, keeping it up to date. This in turn will result in the Live Album appearing as the backdrop for the smart display and cycling through the relevant photos when it's not in use. One last point to note, the update post also states both versions of the Lenovo Smart Display will now be able to control a wider variety of devices, including including more TV's, set-top boxes, and speakers. Some of the benefits in this instance, include powering on or off compatible devices, adjusting volume, starting and pausing playback, and even browsing a visual channel guide where applicable.

Background: Lenovo's Smart Display was technically the first smart display related to Google's Android Things and Assistant to be announced. However, the platform gained much more prominence when Google held its made by Google event in early October and launched its own version of a smart display – the Google Home Hub. As part of that unveil, Google confirmed Home Hub was coming with a number of new features that had yet to be seen on other third-party smart displays and the most noteworthy of which was Home View. This particular feature launched in conjunction with an update to the Google Home app which added a new-look interface. This same interface is the backbone of Home View as it allows Home Hub owners to better see and manage connected smart home products. The usefulness of this feature will largely depend on how integrated into a smart home ecosystem the user is. As the new Home View provides a much cleaner and easy to manage quick access interface for controlling smart home products. So the more smart home devices that are connected to the Smart Display, the more effective Home View will become. This is in essence an example of one of the fundamental differences between a smart display and a smart speaker as while both smart speakers and displays allow users to control compatible smart home products through voice commands, the interface associated with Home View is solely designed for the display and touch-based controls.

While Home View was promoted as a feature specifically related to the launch of Google's product, it was always expected that Home View, as well as the rest of the features shown off on the Home Hub would also make their way out to the other Google-endorsed smart displays in due course, and that's exactly what this announcement now further confirms with the Lenovo Smart Display the first third-party option to be confirmed as receiving the new features.

Impact: This is big news for owners of Lenovo's Smart Display and especially considering both sized options are receiving the same update so there's no issue with those opting for the more expensive option getting the update first. Once it does arrive, those owners will find the smart display becomes even more useful than it was before. From the wider perspective, this acts as further evidence of how the smart display platform will operate going forward. For example, just because Google debuts certain features on its own solution first, does not mean those same features will not be offered to third-party devices. In fact, the speed at which this is happening on this occasion is somewhat surprising considering the Home Hub is still officially in its launch phase. Meaning Google is not holding back on third-party support as a means to prioritize its own devices.

Of course, this does also mean that there is very little need to opt for Google's own solution over third-party options at the software level. As with these new features becoming widely available to smart displays, the main difference reverts back to the price with Google positioning its Home Hub as more of an entry-level option compared to those from Lenovo and JBL. Although that in itself is also somewhat negligible as the Lenovo Smart Display can currently be pocked up for just $179.99 – $30 more than the Home Hub, while the JBL Link View is only $50 more, priced at $199.95. Speaking of which, while this announcement is focused on the Lenovo Smart Display, it should be expected that JBL's Link View will not be too far behind with its own support confirmation coming through.