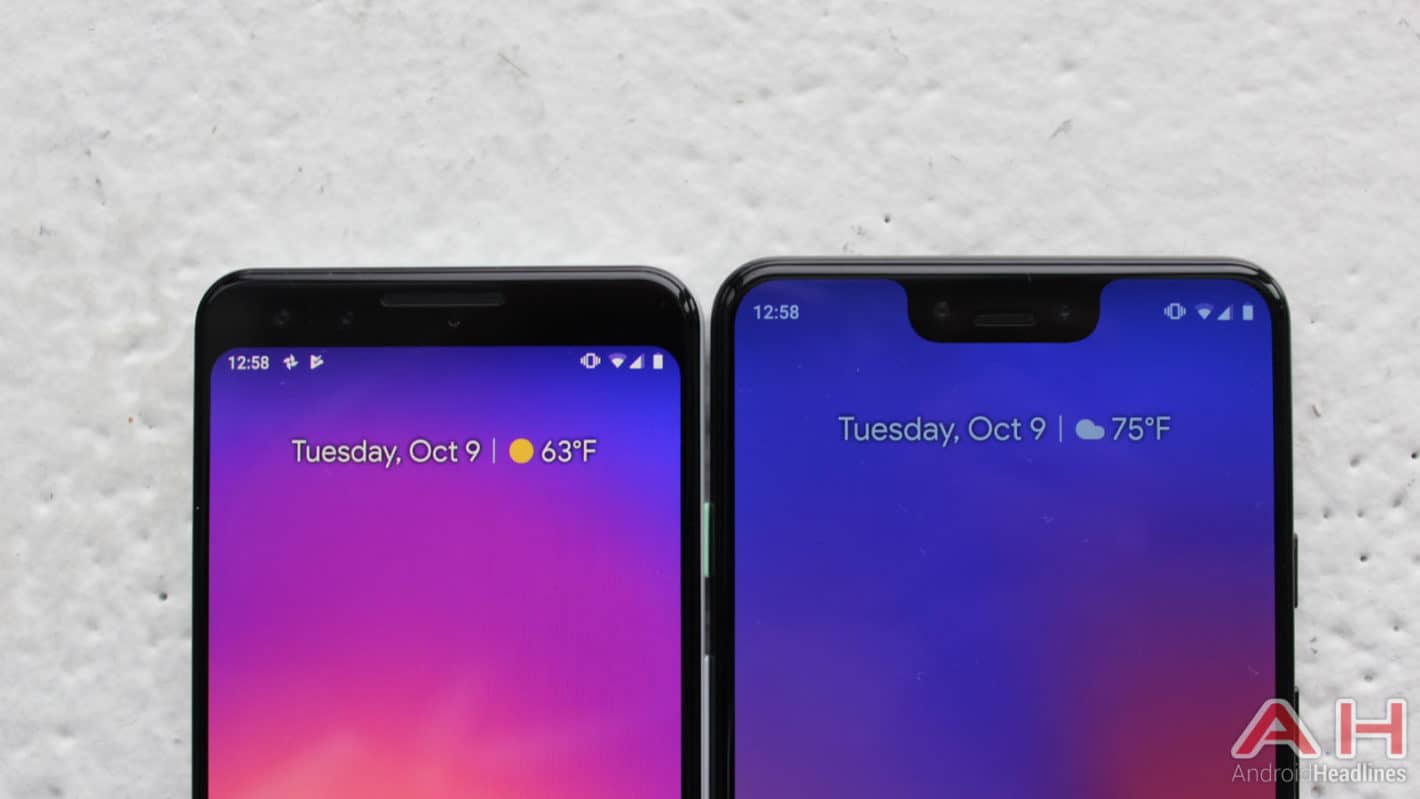 In short: During Google's hardware event, representatives confirmed the company was not against including a notch in the standard Pixel 3 but were unable to due to the hardware restrictions that were in place with the smaller of the two Pixel 3 phones. This was in part an effect of the decision to include a wide-angle lens on both models. Therefore, when it comes to the non-XL version, it seemed Google opted for a wide-angle selfie camera over the notch.

Background: Google's two Pixel phones have never really been on the same page. Last year for example saw the standard Pixel 2 adopt a traditional aspect ratio while the XL model came with a nouveau aspect ratio which lends itself well to an increase in the amount of available screen. While the two Pixel 3 phones have only just been announced, it had been clear for some time that the XL model this time around would come boasting a notch (and not a small one), while the standard Pixel 3 would not. Something which was believed to be again a decision designed to favor screen real estate on the XL model. However, the comments made today to more than one news outlet at the event have seemingly confirmed it was not a conscious decision to include a notch on only the XL model, but one resulting from the lack of available space on the smaller phone, and especially when the additional front-facing camera was added to the equation.

Impact: The notch is a fairly controversial aspect of 2018 smartphones, and so while Google would have presumably preferred to include one on both versions of the Pixel 3, this is likely to be something that actually helps the company drive sales of the standard version. As in spite of the clear and consistent trend in Android of including a notch, this is not something that has translated well to all Android users. What also might be worth considering here, is Google seems to clearly favor the notch as a means of increasing the usable display and so while one of the two variants has escaped the notch treatment this time around, that might not be the case when the next batch of Pixel phones come through.