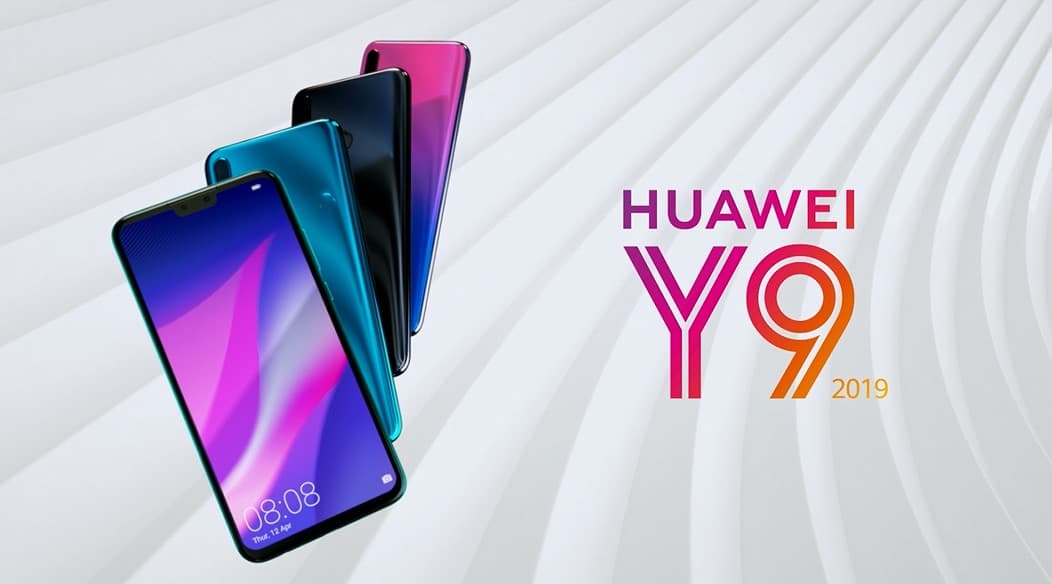 The Huawei Y9 2019's display features rounded corners, while the back of the device is curved on the sides. Two vertically-aligned cameras are included on the back of the phone, while an LED flash is placed below them. Those two cameras protrude a bit on the back, and a fingerprint scanner lies on the back of this device as well. Huawei's branding is included on the back of the phone as well, while the device comes in a number of color variants. The Huawei Y9 2019 will be available in Midnight Black, Blue Swarovski, and Aurora Purple color variants, while you will notice that all of those colors are quite eye-catching, whether you like them or not. These color choices are not all that surprising, though, as Huawei's emphasizes that this phone is made "for the young generation". If you take a look at the phone's sides, you will notice that all the physical buttons are included on the right, while a SIM card tray can be accessed from the left.

The Huawei Y9 2019 features a huge 6.5-inch fullHD+ (2340 x 1080) display, while it is fueled by the Kirin 710 64-bit octa-core processor, which is Huawei's mid-range processor. The phone features a 4GB or 6GB of RAM, while it sports 64GB or 128GB of storage, respectively. Android 8.1 Oreo comes pre-installed on the device, along with Huawei's Emotion UI 8.2 skin. Two SIM card slots are included in this package, while the same can be said for a 4,000mAh battery which supports fast charging. 16 and 2-megapixel cameras are included on the back of the device, while you will find 13 and 2-megapixel cameras on the device's front side. Bluetooth 5.0 is included in the phone as well, while the device measures 162.4 x 77.1 x 8.05mm, and weighs 173 grams.