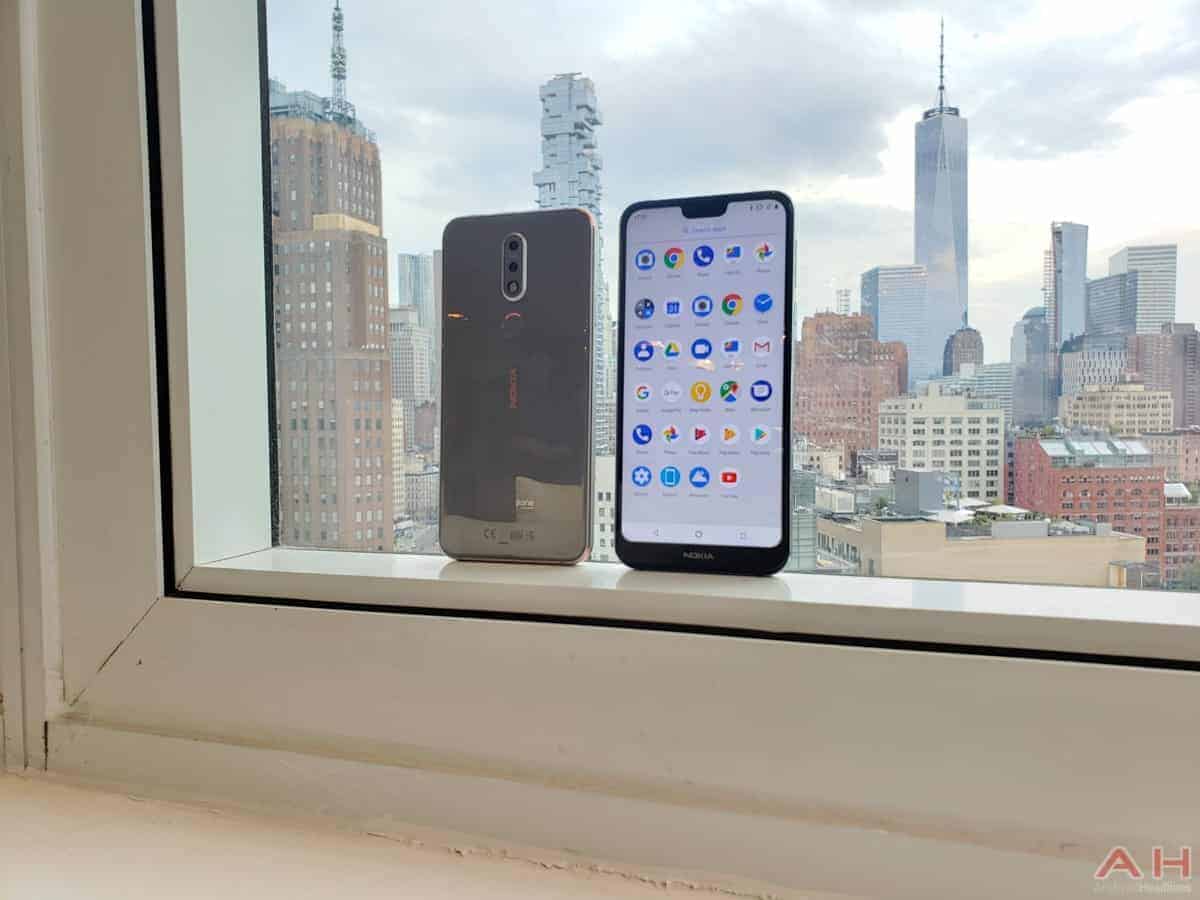 HMD Global introduced the latest Nokia-branded smartphone to its lineup, the Nokia 7.1. On paper, this is a mid-range device, there are no bones about that. Sporting a Qualcomm Snapdragon 636 chipset, 4GB of RAM and 64GB of storage. But when you hold the Nokia 7.1 in your hand, it feels really premium. That's because the Nokia 7.1 sports a 2.5D curved glass backside and a metal frame. In a typical 2018 fashion, it also has a notch. But the cutout is pretty small, essentially only there for the earpiece and the front-facing camera.

On the software front, the Nokia 7.1 is an Android One device, which should be no surprise given the fact that HMD Global announced that all of its smartphones going forward would be either Android One or Android Go smartphones. Perhaps the biggest surprise, though, is the fact that it is shipping with Android 8.1 Oreo. Even though Android 9 Pie has been out for about two months now, and it is already pushing out Android Pie to other devices in its lineup. But, HMD Global has stated that it will get Android 9 Pie before the end of November, that is within a month of the Nokia 7.1 shipping. That is actually pretty impressive, and if history tells us anything, it will happen – though it might be November 30 when the update rolls out.

As is the case with this being an Android One smartphone, there are very little changes to the software. The only real change is in the camera app, where Nokia has added a few different features like Bothfie and Twice Shot. Bothfie and Twice Shot are pretty similar, they allow you to use both the front and rear cameras at the same time. It's a neat feature, but it's tough to say that this would be a very useful and widely used feature in day-to-day usage of the Nokia 7.1. The cameras on the Nokia 7.1 are 12-megapixel with a f/1.8 aperture and a 5-megapixel depth sensor on the back, with the front being an 8-megapixel f/2.0 aperture. We had a chance to test out the cameras on the Nokia 7.1 in some limited hands-on time, and they seemed to produce some great images. Though, full disclaimer here, that was in a room with a ton of windows, and with plenty of sunlight. So things might change when the review unit comes in later this month.

The Nokia 7.1 comes in two colors – Glossy Midnight Blue and Glossy Steel. The Glossy Steel is a new color for HMD Global on Nokia smartphones. It's a sort of gold color with some bronze accents on the sides and in the Nokia logo on the back. It actually looks really good and perhaps most importantly, it'll be the most immune to fingerprints. which is also important, as the Glossy Midnight Blue will attract all of the fingerprints. The Glossy Steel is likely going to be the more popular of the two colors here, for obvious reasons. There is a 5.84-inch full HD+ display on the Nokia 7.1, which (and again, in a controlled environment) during our hands on, looked pretty good. It is an LCD display, so you're not getting a great OLED panel here, but that is also not expected for $349. The Nokia 7.1's display, however, does adapt to your conditions. Now we've heard of this before, where the screen will adapt the color temperature depending on the lighting in the room. But this will adapt the brightness, color temperature and just about everything else. This is to make it easier to read in different environments, but it also works to conserve battery life. The main reason for HMD Global to do this was to make the Nokia 7.1's display readable outside and in direct sunlight. Obviously, we haven't been able to fully test that out just yet, but during the limited hands-on time we've had, first impressions were good on that front.

Speaking of battery, there is a 3060mAh capacity battery in the Nokia 7.1. Which many will be skeptical about. This is because many smartphones are coming with a 3500mAh capacity or larger battery. However, it's important to keep in mind here that the Nokia 7.1 does have a full HD+ display, as well as a very power efficient Snapdragon 636 processor. So that 3060mAh capacity battery should actually do quite well. Nokia is quoting it as lasting all day, of course, we'll be the judge of that once we get one in hand to play with for more than a half an hour. The Nokia 7.1 is going up for pre-order tomorrow, for $349. In the US, HMD Global is only offering the 4GB/64GB model, while other regions will get the 3GB/32GB in addition to the 4GB/64GB model. In Europe, the 3GB/32GB model will start at €319. That is a very competitive price and should give smartphones like the Moto G6 and even the new Honor 8X a run for its money.