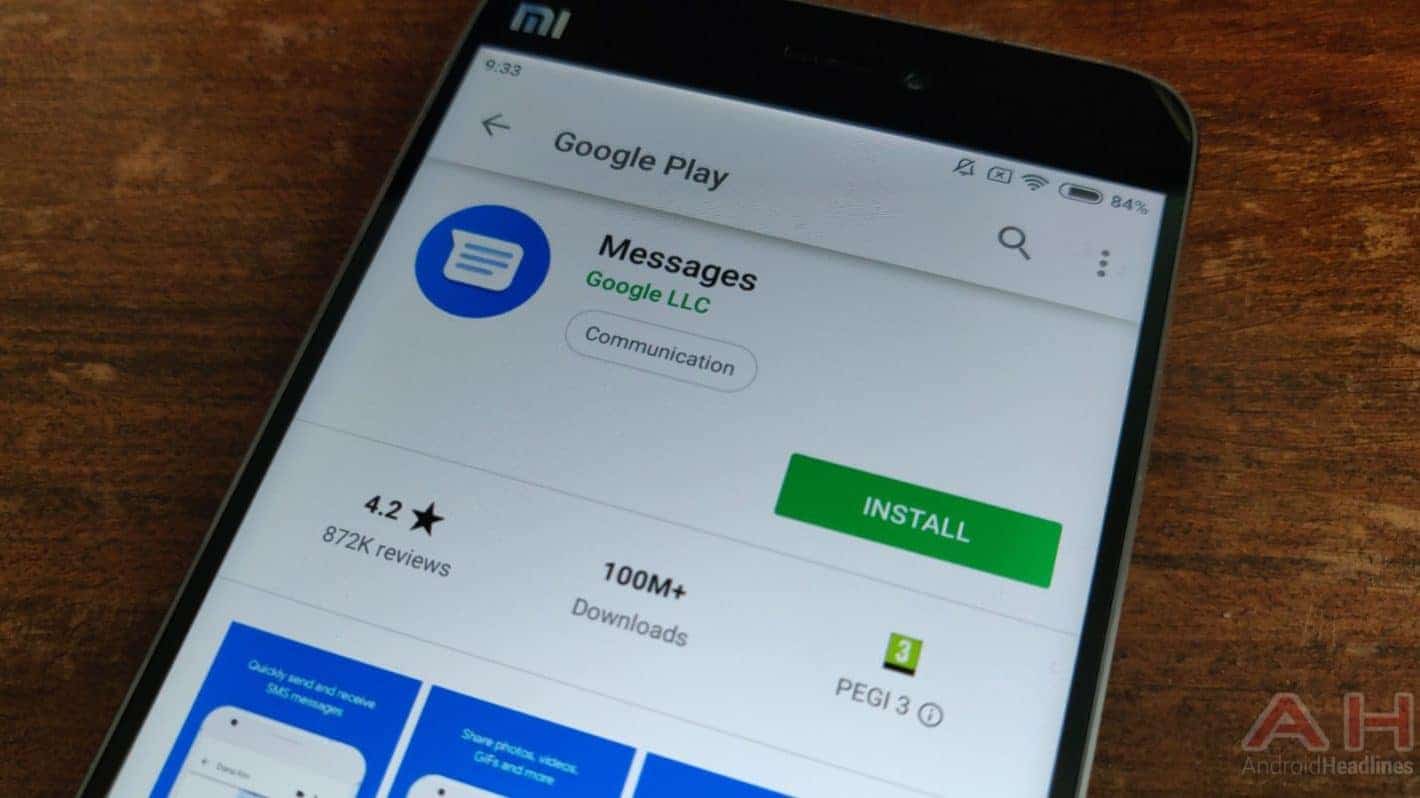 In Short: Google has just changed the name of its 'Android Messages' application, interestingly enough, the company decided to rename it to simply 'Messages', and that is reflected in the Google Play Store. That seems to be the only change that Google has made, as it did not arrive via an app update or anything of the sort, the company just altered its name in the Google Play Store. Just to be clear, this will not change the name of Android Messages in your app drawer, or your device in general, it's only a change in the Google Play Store. This is a bit odd, but chances are that Google will change the name of the app on your device as well via a future update, and considering that the app's name has been changed in the Play Store, that update will probably arrive in the near future, though the company did not give any indication that it may happen. It is possible that Google will simply trigger a server-side change instead of pushing a general update to the application via the Play Store, as the name of the app on your phone can be changed via a server-side change as well, so… it remains to be seen what option will Google opt for.

Background: Interestingly enough, this is not the first time Google has changed the name of this application, at the beginning of last year (2017), the company has renamed the app from 'Messenger' to 'Android Messages'. 'Messenger' was the very first name of this application, by the way, in case you were wondering, so this is technically the second time Google has changed its name in less than two years. Android Messages, or as Google refers to it now, Messages, is the company's very own SMS application. This app comes pre-installed on the company's Pixel devices, and it is available in the Play Store for pretty much any modern Android smartphone. Messages' Play Store listing does not exactly say what is the minimum Android version you need to install and use this app, it only says "Varies with device", so make what you will from that.

This application has been downloaded over 100 million times from the Google Play Store, though keep in mind that pre-installs are also included in that number. The app has been rated over 870,000 times, and at the time of writing this article, it was holding a 4.2-star score in the Play Store. You can use this app for both exchanging SMS and MMS messages, while it also supports chat (RCS). Google had released a web client for Messages a while back, so you can basically just use your browser in order to send SMS messages / chat with your contact, just so it's easier to type. The design of the web client and the app itself is not all that different, for consistency's sake. Having said that, the company did redesign Messages quite recently, in order to adapt the app to its "new" design language, in other words, to make it look more similar to Android 9 Pie. Messages is not the only app that received a redesign, though, the company did the same with Google Photos, Calendar, and some other of its applications.

As part of the redesign, Messages also received a dark theme, and the app is now whiter than ever. The focus is on the text, in other words, your messages, as Google did away with the blue color which was present in the top bar of the app. That seems to be the trend for the company in this new design, apps are getting whiter, and colors that differentiated apps one from the other are almost completely gone, though not quite. This new design received conflicting reactions from the public, as some users are welcoming it, while others think that it looks too much like iOS, and don't really like the fact that Google is removing all those colors from its applications. Google did not redesign all of its applications, but further changes are coming, as the company is expected to roll out a new design to YouTube, Gmail, and a number of other applications that are available in the Play Store.

Impact: The fact that Google changed the name of this app doesn't really affect anything, it just seems like the company cannot make up its mind. There are a number of applications called 'Messages' in the Play Store, and it basically makes things a bit confusing, as 'Android Messages' is a far more recognizable name. When you say 'Messages' app to someone, chances are they won't think of this app first, while 'Android Messages' are a completely different story. Google did not share any insight as to why this name change came to be, but there you have it, who knows, maybe Google is planning some sort of an announcement for the future, but it's highly unlikely. It is worth noting that the company changed the name of 'Google Keep' note-taking application to 'Keep Notes' quite recently as well, as it seems like the company is removing both 'Google' and 'Android' brandings from its applications. Does this mean Google Photos may end up being rebranded to just 'Photos'? Well, it is possible, based on Google's previous actions, though once again, that would confuse people quite a bit, as there are a ton of apps called 'Photos' out there, and some OEMs even call their built-in gallery applications 'Photos', so Google will probably realize that, and will not change the name of Google Photos. Google Keep and Android Messages are not the only examples, of course, the company's 'Contacts' app was once called 'Google Contacts' as well. The company still has a ton of apps that carry the 'Google' name, like Google Translate, Google Earth, Google Pay, Google Drive… and it's highly unlikely that the company will do away with 'Google' in all those names, as it's representing their brand in a sense. The company's moves as of late have been quite odd and confusing, so we cannot guarantee anything, it remains to be seen what will be the company's next step.