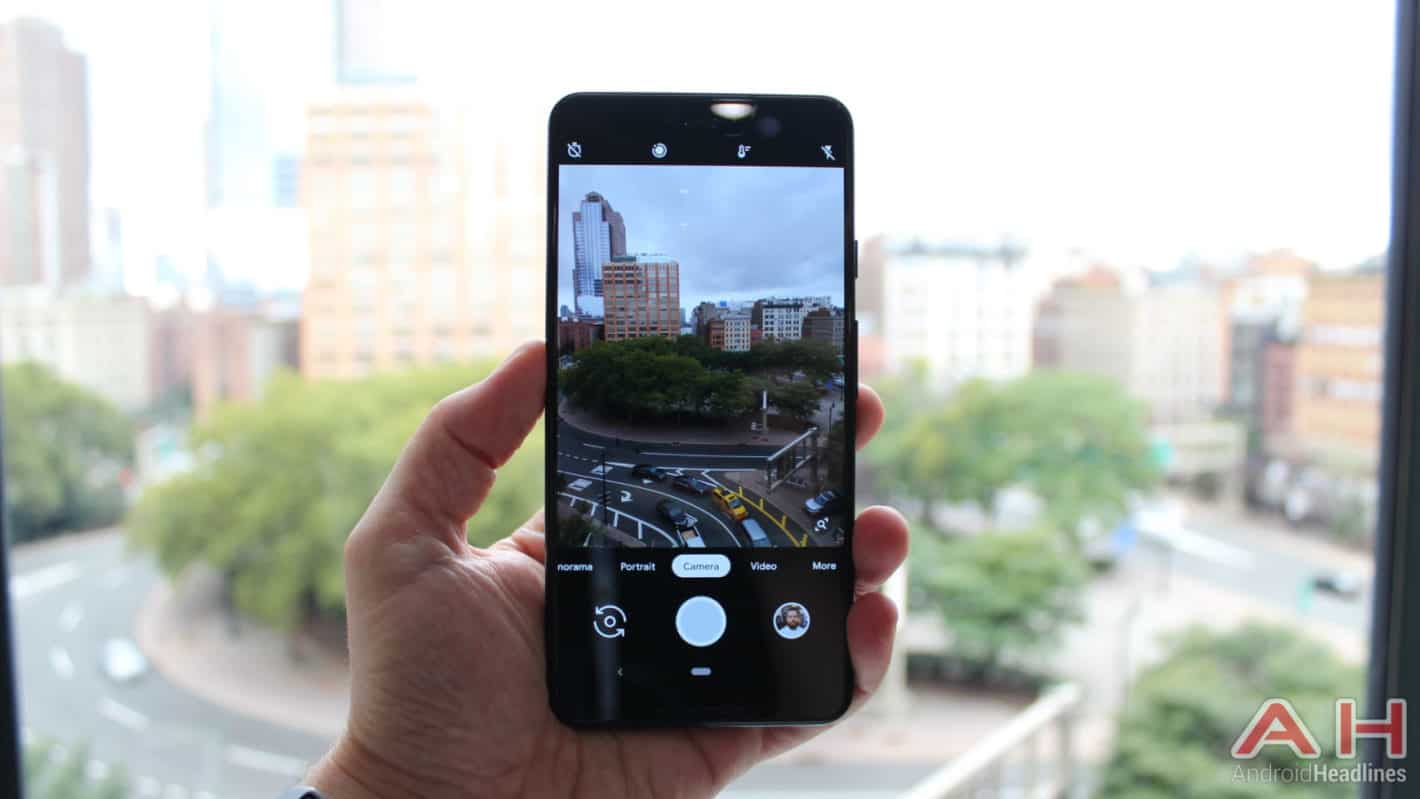 The camera app that debuted on the Pixel 3 earlier this month, is now beginning to rollout to the Pixel and Pixel 2 line of smartphones through the Google Play store. It's the same app – so there's not another app to download for your smartphone – just updated through the Google Play Store. It was actually updated last week, but it appears that the update has happened in the past few days, as more and more people are getting the update to the new version of the Google Camera.

The biggest change to the camera app – at least for those using the Pixel and Pixel 2 – is going to be the fact that the modes are now just above the shutter button and are labeled. This makes it easier to swap between the different modes, without having to go to the overflow menu in the upper-right hand menu, which is what you have to do right now. This is going to make it easier to switch to these modes, as it's right above the shutter button instead of having to reach into the upper-right hand corner. The only real issue with this is that not all of the modes are listed there. There is a "More" button on the far right which opens up a few other modes. Most smartphones use that for modes that the user won't use often, like Professional or Black and White modes. But for Google, basically everything outside of Panorama, Portrait, Auto and Video, is hidden in that menu. It does make sense from a design standpoint, but when you are trying to quickly switch to a specific mode, it does add in an extra step.

Background: The Google Camera is an app that Google broke out of its smartphones a few years ago (dating back to the Nexus line). The reason for breaking it out, was so that Google could update the camera without having to push an entirely new OTA to the device. Google wasn't the first to do this actually, Motorola has been doing this for quite some time – even before Lenovo bought the smartphone maker. This way of updating is much easier, primarily because an app update is much easier (cheaper and faster) than an entire firmware update, seeing as it doesn't need to get certified by Google, and the carriers. Which is what really slows down firmware updates. And for older smartphones, it allows Google to bring newer features back to its older devices, like it is doing today with the Google Camera update. While the only real change is the new user interface, some of the new features will also be coming in due time.

The Google Camera app is only available for Pixel smartphones right now, unfortunately, but there will likely be an APK available for other smartphones very soon. So if you are waiting for this new camera app on a non-Pixel smartphone, you may be waiting a bit. The reason why this is only available for Pixel smartphones is because it is heavily optimized for the hardware on the Pixel cameras. Just like how Samsung's Camera app is better on a Samsung smartphone, rather than an LG or Motorola device. This is also why when you flash a ROM, especially a stock Android ROM, you are going to lose out on having a great camera, because of the proprietary software included to make that camera as good as it is, is being left out of the custom ROM.

Impact: For those that own either of the Pixel and Pixel 2 smartphones, it gives you even less of a reason to upgrade. This is because the main selling point for the Pixel 3 and Pixel 3 XL is actually the camera features, which are coming to older devices. Right now, none of the Pixel 3 camera features are available in the Google Camera for non-Pixel 3 smartphones, but that is going to change. Google has said that these features will come to the older Pixel smartphones, but they will remain an exclusive to the Pixel 3 for the time being. These modes include Night Sight, Top Shot, and Photo Booth. Though Night Sight isn't coming to the Pixel 3 until next month anyways, so it would have been a huge surprise to see it available on the Pixel and Pixel 2 this early. But Top Shot and Photo Booth should come pretty soon. Top Shot essentially uses Motion Photos to take pictures before and after you actually hit the shutter button. This means that if you missed the shot you wanted, or someone blinked in your selfie, you can choose a different shot – which Google will recommend one for you, using its artificial intelligence. There's also Photo Booth, which works just like you think it does. It will work like Google Clips, and only take photos when something happens. Or if you are using it on the front-facing camera, it will only take the picture when everyone is smiling. So you don't have an image with some people smiling and others not.

With these features coming to the Pixel and Pixel 2, there are less reasons to upgrade this year, and that's a good thing for those that have either device, though Google will still want to give people a reason to upgrade – which is where the design and hardware come into play. As mentioned the new modes that are found on the Pixel 3 are not yet part of this update, it's largely just the redesigned camera app. But you can pick it up from the Google Play Store using the link below. This one appears to be a staged rollout however, as we do not yet have the update on our Pixel smartphones just yet. But it should be coming in the next few days. Google does typically do staged rollouts on its apps, to see if there are any big bugs that people are running into, and to keep the Google Play Store from getting hammered by people updating. So be patient and it'll be here before you know it.