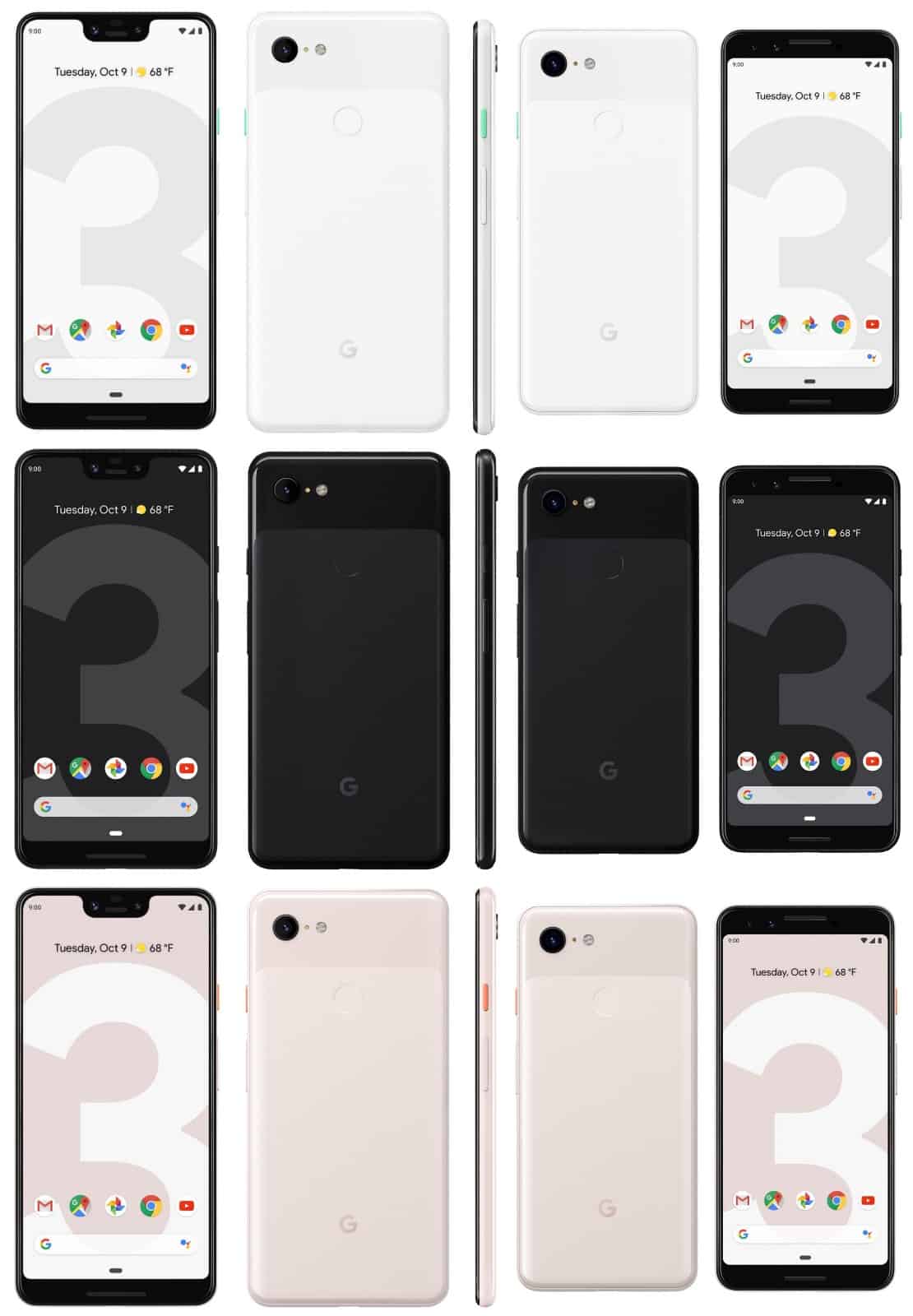 In Short: Evan Blass (aka @evleaks) has just shared a new Pixel 3 & Pixel 3 XL leak before Google’s event starts later today. The Google Pixel 3 and Pixel 3 XL have been leaking for weeks now, and in addition to sharing several images of the two phones yesterday, Mr. Blass has just shared both phones in three color variants, and in the provided images you can see the device’s front, back and right side in all colors. The main image is actually quite similar to the one we shared a while back, and it once again reconfirms that the Pixel 3 will not sport a display notch, while the same cannot be said for the Pixel 3 XL. The Pixel 3 XL will actually sport quite a large display notch, while both phones will be available in Black, White, and Pink color variants, based on this leak.

Background: The Pixel 3 and Pixel 3 XL will be announced later today during Google’s hardware event, and in addition to these two smartphones, Google is also expected to introduce its very own smart display, Pixel Slate, wireless charging stand, and more. The Google Pixel 3 and Pixel 3 XL will both be fueled by the Snapdragon 845 64-bit octa-core processor, while both devices will include a rear-facing fingerprint scanner, and a single camera on the back. Android 9 Pie will come pre-installed on both devices, while the two phones will be made out of metal, mostly, though a piece of glass will be included on the back of both devices, as was the case with their predecessors.

Impact: The Google Pixel 3 and Pixel 3 XL will probably be amongst the best camera smartphones out there, as the Pixel 2 and Pixel 2 XL still are. In addition to that, these two phones will bring Google’s stock Android to the masses, but it remains to be seen how will consumers react to that notch on the Pixel 3 XL. The Pixel 2 XL was considerably more popular than the Pixel 2 last year, as people seem to prefer larger phones these days, so it remains to be seen how will the Pixel 3 XL sales compared to the sales numbers of its predecessor.