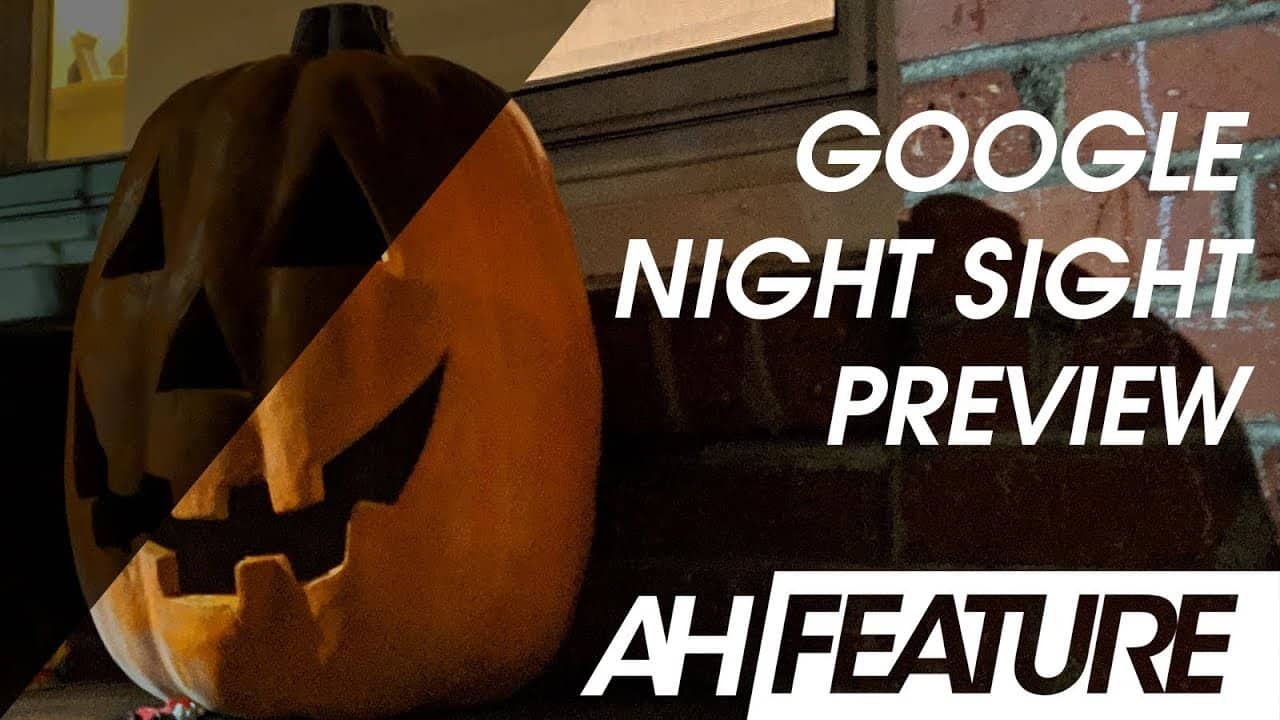 When Google announced the Pixel 3 just two weeks ago, Night Sight was one of the biggest highlights of the show. Alas, it wasn't available at launch, and while Google hasn’t given an exact ETA for when the feature will be fully available, the good folks over at XDA have procured a beta update for Google Camera that enables this new mode not just on the Pixel 2 and 3, but also the Pixel 1, which lacks the Pixel Visual Core processor that both of those newer models have. This is particularly important because it means that we’re very likely going to see this feature in future Google Camera ports to other phones, which are of course unofficial, but work some incredible magic thanks to Google’s simply amazing algorithms and machine learning-driven backend coding.

The video you can watch below isn't a review simply because what's on tap here is not final software. What we’re seeing from this update, however, is simply incredible, and it shows that when Google nails software, it really shoots for the moon. Night Sight is performed in a similar way to the Night mode that Huawei introduced earlier this year with the P20 series, in that it uses about a 6 second exposure window to take multiple shots and stitch them together, resulting in enhanced low light performance, as well as better low light detail than a single freehand long exposure shot could ever achieve. It makes perfect sense for Google to do this since they pioneered the HDR+ method so many years ago on the Nexus 5, which, more or less, already performed a similar algorithm, just without the exposure length, and with fewer overall frames taken. When the camera detects that a scene is too dark for a good result from the auto mode, it pops up a message letting you know that night mode might be better.

Night Sight is found in the More section of the camera software, and even changes the shutter button to a little quarter-moon icon and hides the mode selection carousel to remind users they’re in this special mode. Taking a shot pops up a message warning to stay still and that the software is collecting light. From the looks of things, an initial capture is taken, as it appears in the gallery preview on the side of the viewfinder, and then continues to take additional captures and longer exposures to enhance the image, increasing detail and light all while reducing noise since it’s adding in additional pixels for the HDR+ algorithm to work with.

It’s absolute brilliance, and it shows in its execution. Comparison shots between the auto and Night Sight modes are literal night and day, and once again, it’s mind blowing what Google can do with a single sensor. How far can Google take the cameras in the Pixel line, and for that matter, any other phone that Google Camera gets unofficially ported to? If you haven't seen our full Google Pixel 3 review, be sure to check that out, and don't forget to subscribe to our YouTube channel via the link in the video below!