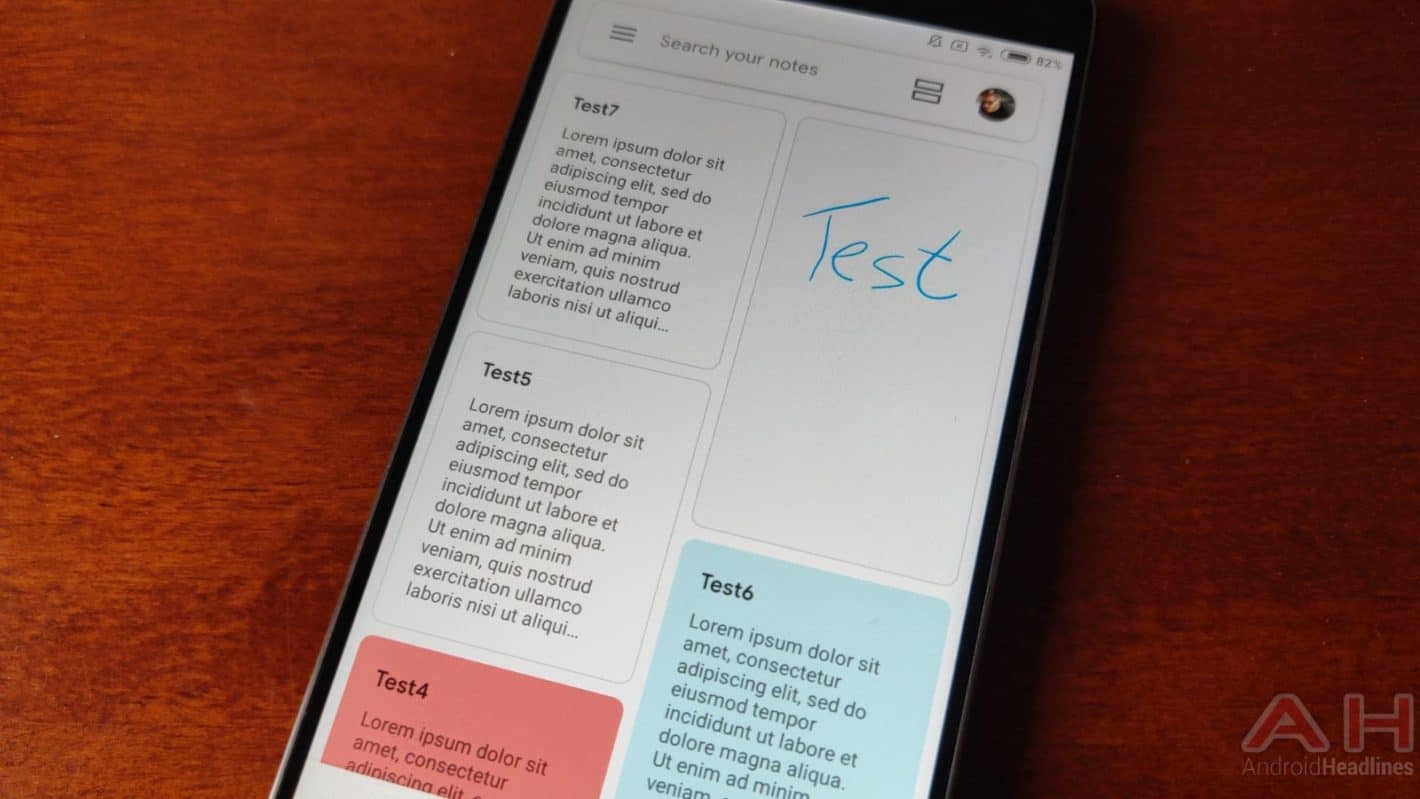 In Short: Keep Notes aka Google Keep is the latest application to receive Google’s new Material Design. The company is rolling the update to everyone as we speak, and this update will revamp the app’s design completely, as it will make it far more white than it used to be, while icons will be hollow now, which has already happened for some apps from the company, like Messages (formerly known as Android Messages), Google Photos, and Calendar, to name a few. Now, in addition to adjusting the font in an app (Google Sans has been added), and making the icons hollow, the company has also removed color from the top bar, which is something Google is doing to all of its apps as part of the new design language. Instead of a yellow top bar, you’re getting a lot more white. In addition to changing the design of the app, the company has also added support for grid and ruled lines for drawings, and has issued some bug fixes and performance improvements as well. The update is rolling out as we speak for both Android and iOS devices, and while it updates the design, it doesn’t really mess with the general concept, you’ll get pretty much the same usability from the app as before, as nothing in terms of function has been changed, basically.

Background: Google has been rolling out its new Material Design to its applications for some time now, basically ever since Android 9 Pie got released. This new design language actually wasn’t accepted all that well by everyone, as quite a few people find it to be lifeless, due to Google’s decision to remove color from the top bar in its apps. (Android) Messages no longer sport the blue color in the top bar, same goes for Google’s Calendar app, and now for Keep Notes as well. Even though the design is still pretty much flat, Google’s apps are starting to look a lot alike, without a major differentiating factor as white is prevailing. Google doesn’t seem to know what to call its note-taking application, at first it was known as ‘Google Keep’, and it still is in the Play Store, and in the app, but the app is listed as ‘Keep Notes’ on Android phones now, which is quite confusing. Google Keep aka Keep Notes app is currently holding a 4.4-star rating in the Play Store, and it has been downloaded way over 100 million times, as per its Play Store listing.

Impact: This new Material Design that Google is pushing is creating a lot of debates online, but it is what it is, and Google Keep aka Keep Notes app is the latest one to receive it, whether you like it or not. Google still has quite a few apps to adapt to its new design, apps like Gmail and YouTube, for example, and it remains to be seen when will the company push out an update for those apps as well. While we’re waiting or that, feel free to update your Google Keep aka Keep Notes app if you want, a Play Store link is included down below.