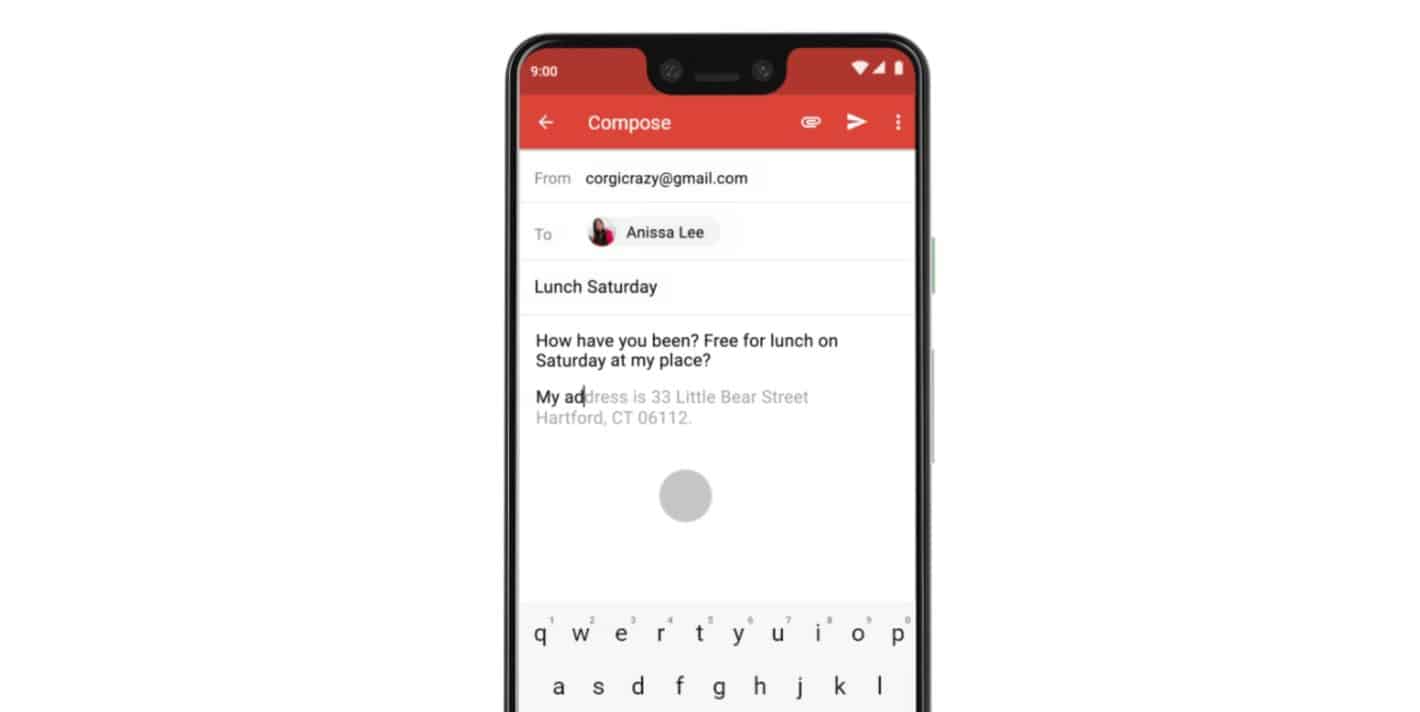 In short: The Gmail Smart Compose functionality is coming to Android several months following its desktop browser debut, Google announced Tuesday. The feature will first make its way to the Pixel 3 and Pixel 3 XL, the company's latest and greatest Android flagships announced earlier today. As was the case with Google Lens and Google Assistant, Smart Compose will be a timed Pixel exclusive that will roll out to other Android handsets and tablets after several months. Google says its global rollout will begin in 2019, which is heavily indicative of an MWC launch in late February, given the company's established development practices. Over the next several months, the feature will also become available in French, Spanish, Portuguese, and Italian.

Background: Smart Compose is one of the many functionalities Google introduced to Gmail as part of the email app's major redesign that started rolling out immediately after Google I/O 2018 developer conference held in May. It does exactly what its name implies – leverages artificial intelligence in order to predict one's writing and help them compose emails in a timelier fashion. Given how it relies on machine learning, Smart Compose gets better over time, the more it's being used, as it takes all successful and unsuccessful suggestions into account when making new ones.

Impact: The incoming arrival of Smart Compose to Android is yet another step in Google's efforts to make its flagship mobile app more versatile and a better replacement for Inbox, its alternative email service that it's currently in the process of winding down, much to the displeasure of a vocal portion of its users from all over the world. Its timed Pixel 3 exclusivity also implies future owners of the newly announced high-end phablets can expect to be the first to receive other new features from Google's workshop, even those that are not part of Android itself.